White shines in the clutch for Chattahoochee 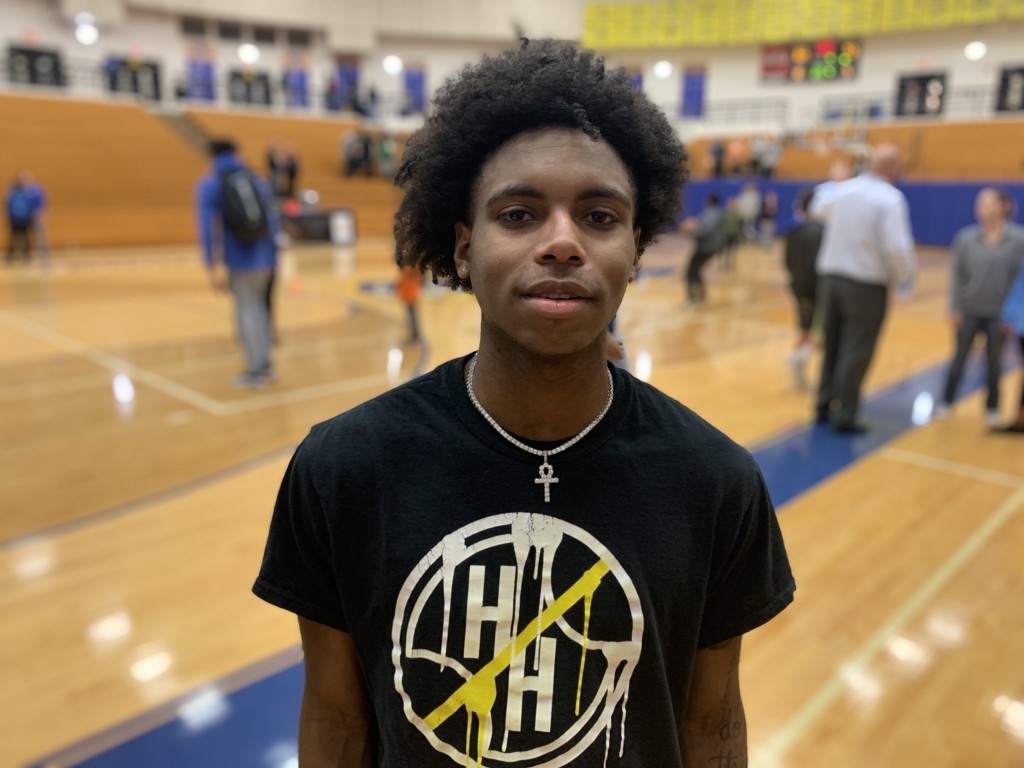 JOHNS CREEK, GA - The Sweet 16 of the Georgia High School Association state basketball playoffs offered up some terrific pairings on Wednesday night in the metro Atlanta area. We were at the Chattahoochee win over Heritage.

In a game that was back-and-forth for the nearly the duration, a contest like this one would come down to clutch shots, ice-cold confidence and a little home-court advantage.

Junior guard AJ White was the man of the hour down the stretch in the 73-68 win over Heritage.

“When it is under four minutes, we have to get the ball into AJ’s hands,” Chattahoochee head coach Chris Short said.

The strategy behind that is simple. White is a darn good playmaker. Moreover, he’s clutch. He scored 12 points in the fourth quarter and helped push his team to the victor’s column. He scored 23 of his game-high 31 points in the second half. Not bad for a guy who started the game 0-5 from the floor and scoreless in the first quarter.

To Coach Short’s point, White is Mr. Stone Cold in the clutch. White is 15-15 in the fourth quarter in the state playoffs. We caught up with the class of 2021 guard about his team’s win and what they need to do to keep pushing in the march to Macon.

Post game One on One with @Ajwhite_1 of @HoochHoops after his brilliant 2nd half and Sweet 16 win over Heritage. pic.twitter.com/4omywrrzsu

The value of Chattahoochee’s team is the balance of production in the lineup. Rice bound Cameron Sheffleid was the most versatile player on the floor in this game. Sheffield did just about everything in the win. He finished with 17 points, 11 rebounds, five assists and three blocks on the night.

He’s been a steady force for the Cougars his entire career and finishing his high school career as one of the most impressive fine-tuned prospects there is in Georgia’s 2020 class.

As great as White and Sheffield were on offense, it was the defensive presence of senior big man David McDaniel that proved to be a difference-maker. The 6-foot-7 senior was a major force, blocking roughly 10 shots on the night. He helped hold off a constant barrage of rim-attacking guards from the Heritage lineup.

“We always tell him that we need him to concentrate on the defensive end, box out and build a wall down there,” Short said. “He did a great job of staying on the floor and keeping that wall built up. He’s very capable.”

In this game, McDaniel certainly was. His presence was the secret sauce down the stretch.

The Heritage combo of RJ Noord and James White was equally impressive in the contest as the Hooch hoopers. The class of 2021 guards combined for 48 of their team’s 68 points.

Both guys showed some great things in the loss.

Noord was really good in the fourth quarter, an eight-minute stretch that was a bucket for bucket battle down the home stretch. Noord hit some very tough shots, including several stop and pop midrange buckets and a great three-point shot.

Noord finished with 24 points and was efficient throughout the action. He’s been one of the most productive juniors in Georgia this season.

On the other side of the floor, the continued upward progression of James White has been impressive to watch. The 6-foot-5 guard was always looking to push the tempo and competed with a high-level of energy. His isolation game is good and he shined in the open floor. Expect to hear much more about him this travel season.