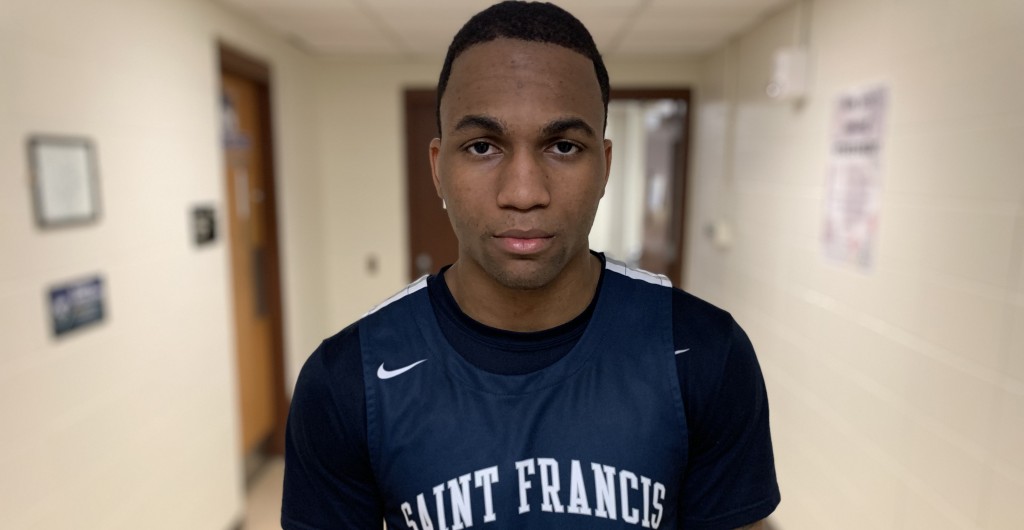 MILLEDGEVILLE, GA - Playing for the fourth time in the season, St. Francis knew Mt. Pisgah was going to be ready for just about everything. There were no more secrets. Everything was on the table in the Class A Private semifinal game on the campus of Georgia College.

So it didn’t come as a big surprise that Mt. Pisgah came out early and created a nice first-quarter lead. But St. Francis winners of their last three games by an average of 20 points, rallied back and made it a game.

Senior Dwon Odom took a steal and erupted for a trademark power dunk in the open floor, giving St. Francis a 30-25 lead in the third quarter. At the time, it felt like the game was going to be over in that instance. We’ve seen Odom take over the game before in similar fashion.

But to Mt. Pisgah’s credit, they battled back and made it a game. Their run came when Odom was forced out of the action because of a cut in between his fingers. The trainer worked to get the blood off of his jersey.

Mt. Pisgah went to work, slowly picking apart the second-half lead. They were able to build enough of an insurance lead and held on to win thanks to some clutch free-throw shooting from junior Jasaun Holt.

Chase Ellis and Jordan Brown were game time decisions due to injury but both guys were able to get onto the floor and into the action. Ellis started the game, just a few days removed from hobbling around on crutches. The future Berry College forward is one of the best role-playing high school hoopers in Georgia. He’s so valuable.

JoJo Peterson and Nate Gordon have been an important 1-2 punch for Mt. Pisgah this season. They both had their bright moments in this game.

Peterson has been really good this season, making a case for an All-State selection. He had a nice fourth-quarter surge, scoring five points in a matter of 20 seconds. He finished with 10 points, 7 rebounds, four assist and three blocks.

Gordon will be a forward to watch into the spring and the summer. He’s a good rebounder who is capable and willing to be the guy who cleans up in the paint.

The three-point shooting of Chase Tucker, Nick Speros and Chandler Minton was a huge asset to the Patriots attack.