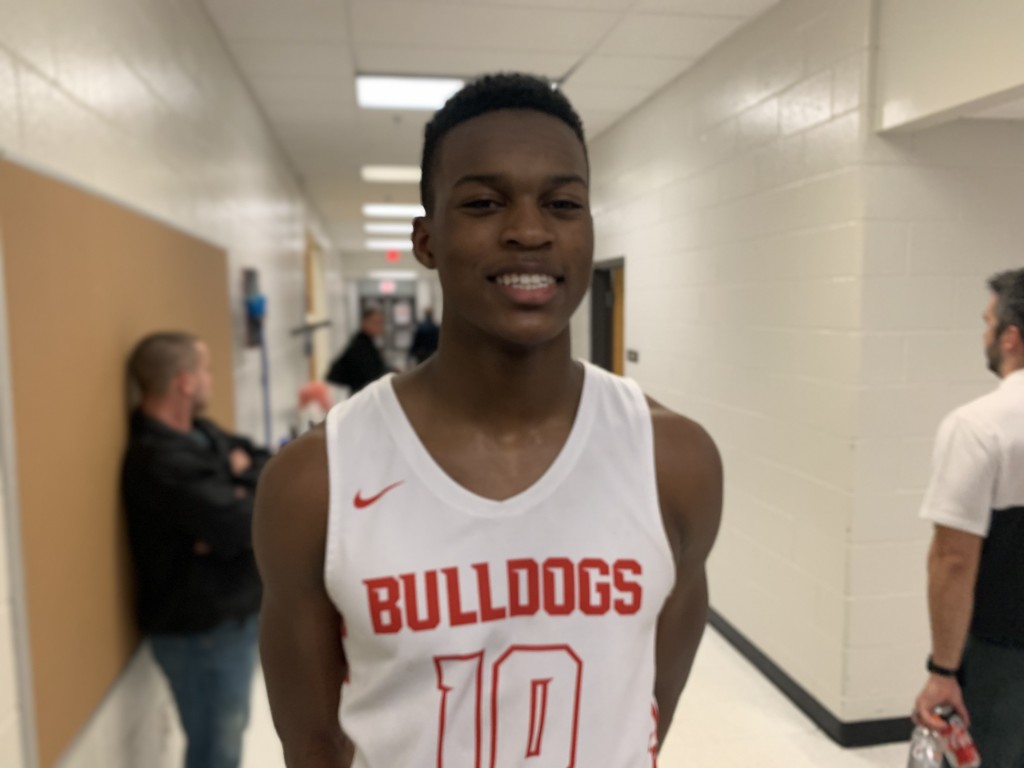 It was one of those nights where a high school playoff game could go until the sun came up or legs just ran out of energy. And no one would have been disappointed.

That was the case as North Gwinnett beat East Coweta 66-65 in double overtime in Suwanee, Georgia on a cold, wet Thursday night. The Sweet 16 game in the 7A state tournament was one of the best games on the schedule of a night full of big-time action.

This one was a boxing match with both teams throwing the best punches in their arsenal. For North Gwinnett, it was a matter of locking in on the defensive end in the two extra quarters of action. More times than not a game will come down to who makes the last shot, and technically speaking that’s always going to ring true.

But North Gwinnett pounced on a ball on the floor, caused a jump ball, took the possession arrow and threw the ball into play. From there, it was keep away for the closing seconds of the game.

Ball game. North Gwinnett won. The crowd stormed the floor but none of the North Gwinnett players jumped around in elation. They were spent. They won. But they were depleted of energy.

That’s the kind of game it was.

The first thing North Gwinnett coach Matt Garner said to me after the game was “Chris Youngblood is a killer.” Garner looked exhausted. Coaching in that game was an emotional marathon. Around every turn was a big bucket, a big stop and a big moment.

Youngblood’s game-tying three-pointer at the end of regulation was Trae Young cold-blooded. He made the sidelines out of bounds pass, ran across the floor and got the ball back. He rose up against two defenders and buried a cold-blooded triple at the buzzer. Ever the consummate pro, Youngblood calmly walked off the court with his excited teammates around him and prepped for what would be two overtimes.

That’s why Garner said he was a killer. Everyone in the gym knew it.

Youngblood finished with 19 points and nine rebounds. His long time teammate Brandon Stroud scored 20 points and pulled down nine rebounds, too. The two are headed to Kennesaw State together. They will go down as two of the best to ever wear the East Coweta uniform.

That’s the kind of team North Gwinnett had to beat to keep their magic alive. The Bulldogs have won seven in a row, including a pair of overtime wins in the state playoffs. This is the first time to the Elite Eight in six years.

North Gwinnett had a great game from sophomore RJ Godfrey. The multi-positional player scored 19 points, pulled down seven rebounds and blocked five shots. He was really good down the stretch. We caught up with him after the game.

Junior guard Brenan Rigsbee pumped in 12 points, six rebounds and four assists for North Gwinnett. He has been really good this season for the Bulldogs. Our post-game conversation:

Now North Gwinnett will play host to McEachern next Wednesday in the Elite 8 of the 7A state tournament.