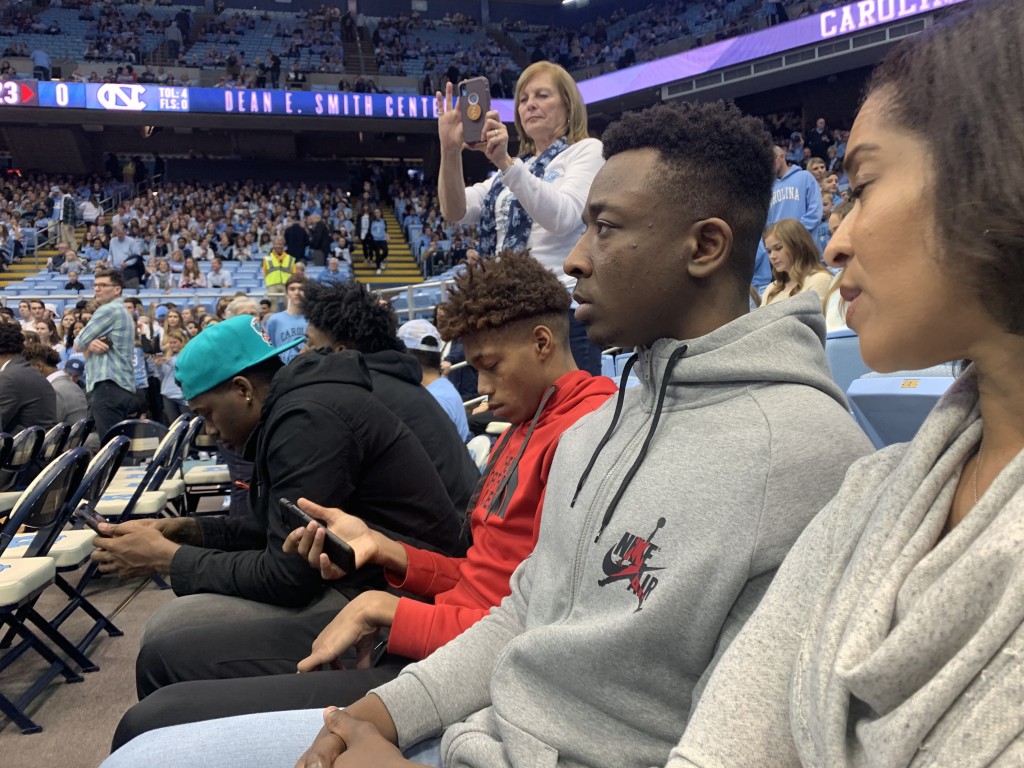 Cannon School is home to arguably one of the top sophomores in the country, Jaden Bradley, but it's another sophomore that is also catching some buzz around the recruiting world. Enter 6-foot-6 small forward Derrick "DJ" Nix. We have Nix ranked as the third-best prospect in the state in our HoopSeenNC 2022 rankings.

The class of 2022 prospect showed out just down the road from his hometown during The Charlotte Hoops Challenge where he was easily one of the most productive players at the event over Thanksgiving break. Nix has helped lead Cannon School to a 23-6 record and a perfect 9-0 mark in conference play while playing one of the toughest schedules in the state.

His ability to step outside and knock down shots from the perimeter at a consistent rate and his size along with his tasing ability and ball-handling ability have caused schools like Auburn, Washington State, Boston College, Houston Baptist, East Tennessee State, South Alabama and College of Charleston to offer the talented sophomore.

Nix took an unofficial visit to North Carolina over the past weekend for their home game against Boston College. "The atmosphere was amazing.  It’s one of the pinnacle places for college hoops in our country.  It was cool because I saw one of my former teammates in Jairius Hamilton (I played with him in summer league) and his brother Jared play.  They both play for BC and I got a chance to speak with Jairius before the game.  It got really loud in there - especially in clutch moments for BC.  I sat directly behind the bench with my Mom and Dad.  I appreciate UNC for the invite and its motivating to me to keep on working to reach my potential," said Nix about his trip to Chapel Hill.

Nix comes from two parents that were both solid athletes in their own right. His mother ran track in high school and his dad, for you North Carolina Hoop Heads Derrick Sr., was a UNC-Greensboro Hall of Fame inductee in 2014. He starred and started for The Spartans from 1994-1998 and was a member of the 1996 team that would be the first UNC-G team to make a trip to the NCAA Tournament. He was a four-year starter and was named the Conference Rookie of the Year, voted team's best defender and was team captain his last two seasons.