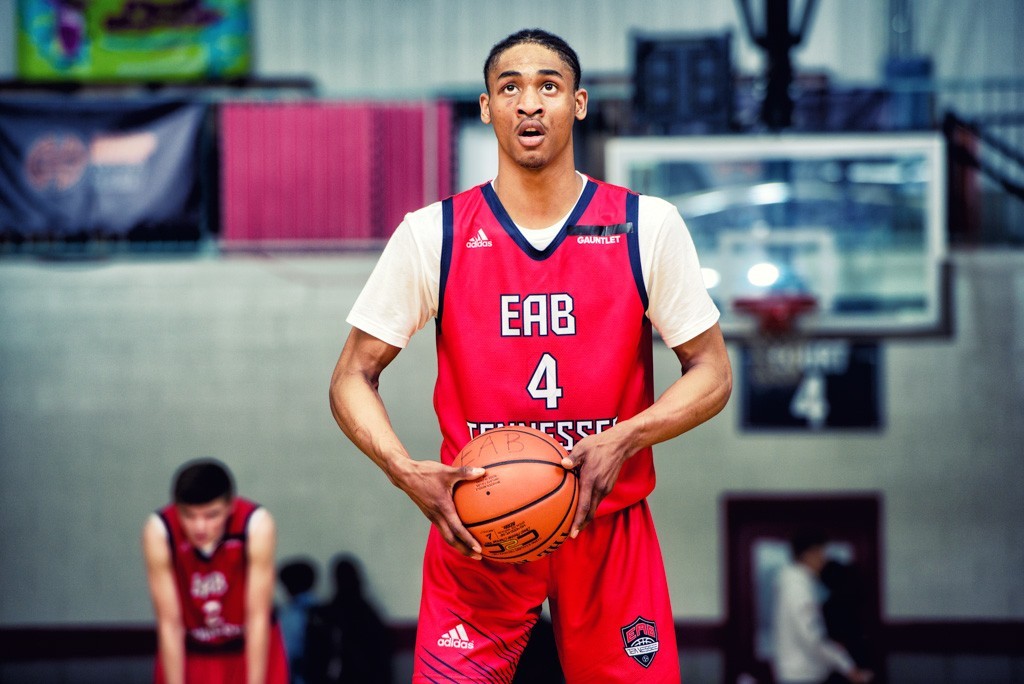 The crisp is in the air. The squeak of the sneakers can be heard in the background while the pep band plays the alma mater and high school basketball is upon us here in Tennessee.

Lets take this opportunity to browse over the state and see who has a chance to make some noise this season, team and individual. We will give our Mr. Basketball hopefuls and talk about some of the teams who may have the best chance to bring home the gold ball in March.

YOU SAY WHO IS GONNA BE GOOD?

Last year was an interesting one in the state of Tennessee with Bearden winning the Class AAA state crown. Only twice since the year 2000 has a team outside of West Tennessee brought home the crown in AAA. This season brings new hope for several squads in all our classifications. Lets see who might cut down the nets come the ides of March.

Defending champion Bearden lost three D1 players and a slew of seniors so repeating will be a tall order for the Bulldogs. Fellow district foe Maryville brings a strong resume to the fold. Featuring Furman signee 5'11 point guard Joe Anderson, newcomer 6'4 shooting guard Josh Seiler and a plethora of talented rising sophomores including 6'2 shooting guard Terrence Dorsey and 6'0 point man Charlie Rice. Look for the Rebels to make some noise.

Staying in the Eastern portion of the state, after a trip to the state tourney last year Sevier County returns everyone and adds a few new pieces to an interesting puzzle. A trio of seniors including 6'5 shooting guard Wes Maples, 6'4 athletic wing Camden McElheney and 5'11 lead guard Marvin Castro present a complicated puzzle for the rest of the area foes. Add a rising 6'4 junior guard in Jonathan Olmos and a talented 6'1 sophomore guard in Danny Stanton and the Smokey Bears will stake their claim at the table.

Moving East we find another formidable foe that will challenge for a spot at the tourney. The Blue Raiders of Cleveland made the trip last season and return the nucleus of the squad to make another run. Jacobi Wood, a Belmont signee, leads the charge while 6'0 junior guard Grant Hurst is a handful. Transfer Morrell Schramm, a 6'4 senior wing/post gives Cleveland some bulk on the interior.

In the Middle portion of the state several candidates wish to send their resumes to the Murphy Center for their opportunity to bring home that coveted gold ball. A long time state tournament participant Murfreesboro Blackman will be a handful led by 6'4 rising senior wing Jalen Page, a D1 prospect, 6'7 emerging senior big man Jaylen Stayton and 5'11 point guard and Tusculum signee Ray Tyler.

Staying in the Boro, look for the Stars of Murfreesboro Siegel to make some noise with a trio of talented juniors led by 6'4 wing man Matthew Schneider and a pair of versatile guards in 6'0 Jaylen Wetzel and 5'11 Zion Swader.

Brentwood always seems to make an appearance at state and this year should be no different led by 6'6 senior wing Harry Lackey and exciting 6'3 junior guard John Windley.

Will Pruitt, a 6'1 point guard and Lipscomb signee, is off to a rousing start this season and has the Golden Bears of Mt. Juliet primed for a classic state run. He is flanked by senior shooting guard Gage Wells and an emerging youngster in 6'6 junior wing Riggs Abner.

Size is the formula for the Mustangs of Houston High School in West Tennessee. One of the biggest squads in the state led by 6'7 junior wing Mason Miller, 6'4 junior guard T.J. Madlock and 6'9 wing/post Zander Yates.

The opposite effect applies to the Tigers of Memphis Whitehaven. A regular at the annual state event this group is guard heavy led by 5'8 jet Kavion McClain and 5'11 combo Jessie Payne. This squad comes at you in waves and will drown anyone who dares run with them.

Defending Class AA state champion Memphis Wooddale brings back the majority of their roster led by 6'7 rising junior wing Jonathan Lawson and 6'2 guard and Trezevant transfer Jalen Brown and have set the pace for Class AA as the squad to beat.

Over in Baxter, Tennessee the Bees of Upperman are buzzing at their chance to create some statewide destruction. Led by 5'11 junior guard Collin Gore, 6'1 junior guard Isaiah Allen ,6'7 senior Filip Bobic and emerging 6'5 junior wing/post Alex Rush are ready to swarm.

East Nashville boasts a slew of talented guards including a pair of rising sophomores in 5'7 Willie Wilson and 6'2 fireplug Jarrod Taylor. The Eagles also featuring an emerging star in 6'7 junior wing Isaiah Jones and will be in the conversation when it comes to this classification.

Marcus Fitzgerald, a 6'0 Tennessee State signee, made the move over to Nashville Pearl Cohn and the Firebirds will look to reassert themselves into the Class AA state picture.

The defending state champions Columbia Academy have moved into the private school division this year so a new champion will be crowned in Class A this season in Tennessee.

This classification will be up in the air with some of the usual suspects throwing their proverbial hat into the ring.

Monterey led by improving senior guard Peyton West, Loretto and their rising senior point man Amari Young and Eagleville led by Mr. Basketball candidate and Freed Hardeman signee Ryley McClaren will also be looking to make their way back to the dance.

In the West, a duo emerges led by MAHS and their dynamic 6'7 junior wing/post David Dixon and traditional Memphis powerhouse BTW, led by a cavalcade of guards including JC Johnson and Charterrio Porter.

Briarcrest Christian returns as the defending state champions in this classification and are led by the reigning, defending and the favorite for Mr. Basketball Kennedy Chandler.

Their road to glory will not without peril as several outstanding candidates will attempt to dethrone the mighty Saints.

From the East, Knoxville Catholic enters their inaugural season in the private school ranks with an outstanding squad led by nationally ranked 6'4 sophomore point guard B.J. Edwards. The Irish might be the biggest squad in the classification featuring 6'8 senior post Akeem Odusipe, who sports several D1 offers and 6'11 rising sophomore post Handje Tamba.

Down I-75 to Chattanooga we travel to McCallie. The Blue Tornado feature big time 5'11 junior guard Eric Rivers and some inside power including 7'0 rising sophomore David Craig.

Knoxville Webb looks to defend their first state crown and might just have the returning personnel to accomplish this feat. The Spartans are led by Alabama-Huntsville signee 6'3 senior shooting guard Luke Burnett and 6'1 senior point man Tariq Daughton.

Challengers come from the from the center of the state including the Webb School, Goodpasture and CPA.

Keon Johnson, the 6'6 Tennessee signee and defending Mr. Basketball leads his Webb School mates toward the promise land and hopes to garner a state title to go along with his burgeoning trophy kingdom.

Goodpasture makes their pledge with one of the top rising juniors in the state in 6'1 guard P.J. Smith and one of the top freshman in the Southeast in exciting newcomer Isaiah West.

In the West, the challenge comes and comes hard from the halls of Lausanne. The Lynx welcome National Top 10 2021 recruit 6'9 post Moussa Cisse to the fold along with Evansville signee 6'7 Jonathan DeJarnette and nationally ranked Class of 2021 wing Alden Applewhite.