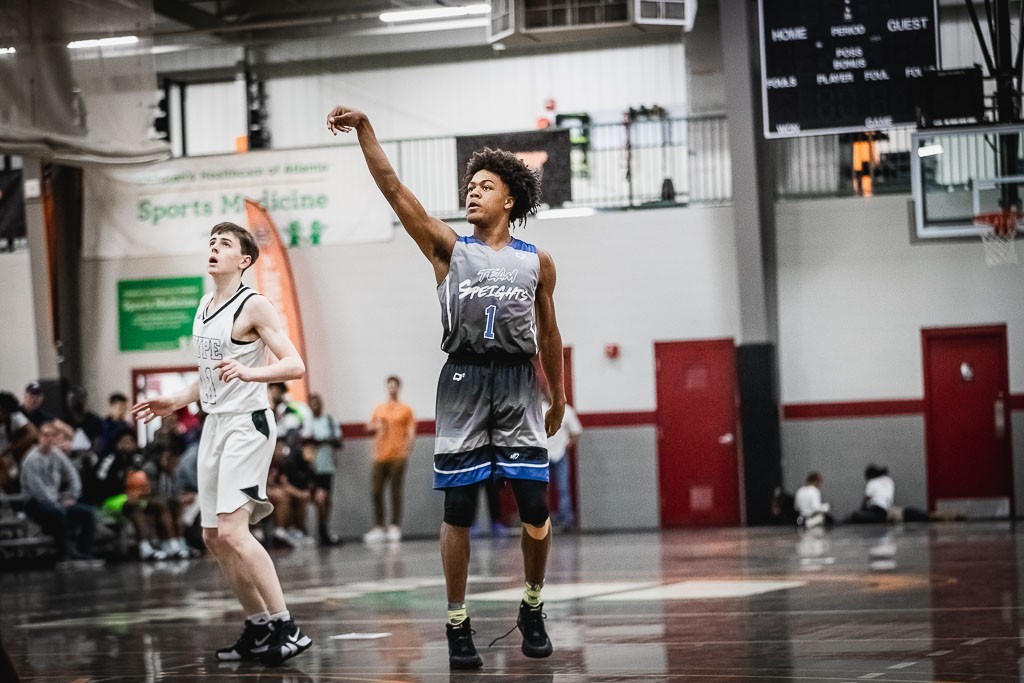 National Signing Day is here and our HoopSeen staff combs through the mid-major ranks and picks our favorite classes.

Without a doubt, this is the most transformative class in the school’s Division I history. All three signees are multi-year starters. The Owls will sign three guys could be All-Conference. Chris Youngblood and Brandon Stroud could potentially end Atlantic Sun Conference Player of the Year. They have that kind of talent and ability. The East Coweta duo have as good of a winning chemistry as any duo in Georgia high school hoops. That comfortability should carry over to the next level. And let’s not forgot what kind of shooter Kasen Jennings can be. The 6-foot-5 wing is now at Langston Hughes and should employ an offensive game plan that served two-time state champ Sanchez Nolley so well. The Owls also added Alabama big man Cole LaRue to the class. The big man should be able to give the Ows a lineup that allows them to play guys in multiple spots. Kansas forward Mayson Quartlebaum is a stretch four who can step out and shoot all the while rebound. – Justin Young

This Murray State class is loaded. Plain and simple. Matt McMahon and staff will sign a four-man class, all of whom will likely be starters and several, if not all of them, could be All-League players. Not bad. Not bad at all. Murray State knows a little something about finding sleeper guards from the South and then developing them into high-level college guards. They may have done it again in with the 2020 recruiting class. Dionte Blanch was priority number one for the Racers during the live NCAA Live Period. They were first in line for national mid-majors and held off a summer surge and landed the Florida floor general shortly after the travel season ended. Blanch is a quick twitch, elite first step guard who can and should shine in the fast tempo Racer attack. Murray State fans will love him. And they’re going to love Ja’Quez Kirby, one of the best energy players in the nation. The 6-foot-5 forward from small town Georgia is the ultimate college glue guy. His production at darn near every level will keep him on the floor for four years. Kirby has All-Conference potential and should be a multi-year starter. Nic McMullen, a 6-foot-8 forward from North Carolina, is a terrific defender and competitor. His value should be felt inside the paint. Jackson Sivills is a big time shooter with big time basketball smarts and a work ethic. This class could have the same value that the Ja Morant, Shaq Buchanan and Tevin Brown had as a recruiting class. – Justin Young

Lennie Acuff's first recruiting cycle at the helm of the Lipscomb Bisons has addressed an important need at this point in the process: a productive backcourt. Tommy Murr, who scored 47 points to open his senior campaign on Friday night, moved into second place in the Alabama High School Athletic Association all-time point scored. That says enough as to what Murr will bring to the Atlantic Sun group. He is a prolific scorer and shooter, but he's more than just that. Murr will also give Acuff a heady point guard with slick passing skills that should translate to the next level. Joining Murr is local standout Will Pruitt, who had a tremendous travel season with the Tennessee Tigers. He is one of the biggest winners we saw this travel season, and with a new coaching staff in place going forward, that will be an important aspect for the Bison. – Garrett Tucker

Belmont built a reputation under the legendary Rick Byrd of having skilled players that were capable of shooting, passing, and playing high IQ basketball. Much like his mentor, current head coach Casey Alexander has already done a nice job of identifying players that fit the Belmont system. The Bruins went out and fended off several other top mid-major programs for in-state guard Jacobi Wood. Wood, a standout guard for Team WHBH, led his team to many wins in HoopSeen events. The cerebral point guard proved he could score the basketball while also facilitating and making his teammates better. Belmont also went out of their geographic area and secured pledges from Iowa big man Even Brauns and Illinois big man Frank Jakubicek. Brauns is a skilled post operator while Jakubicek showed the ability to stretch the floor as a face-up 4 man this summer. All three should be quality players for Belmont going forward. – Garrett Tucker

It has been a string of good fortune for the Eagles as they started the summer with a massive bang. As if bringing DJ Burns back home wasn't enough, Winthrop made another splash with the additions of Grayson guard Toneari Lane and Great Falls forward Kelton Talford. Both have been standouts on our stage as they've progressed nicely since the start of their recruitment. Lane is most noted for his motor and his athleticism, but his improvements as a shooter have elevated his game over the past 12 months. From the start of the April live period, Talford played himself into consistently being talked about as one of the south's best independent interior prospects. While both differ in size, skill, and position, both players have several core qualities that put them in a position to sign early. Rock Hill will fall in love with these low maintenance, high ceiling prospects. – Tai Young

Head Coach Dustin Kerns came in early and pulled off one of the bigger recruiting hauls in the region by beating out some high-profile programs for 6-foot-4 shooting guard/small forward Michael Eads who was a top performer on our HoopSeen stage with Team Parsons. Eads has the game that will translate to the Sun Belt Conference with his ability to shoot and his physicality in a conference that is known to rely on junior college transfers. Eads will provide shooting from the outside and can be a mid-range scoring threat them in the future. Forward CJ Huntley brings size to The Mountaineers roster and could be a player that sees his minutes increase during his sophomore year at this level. Huntley has the size and the length right now but needs to pick up some weight and fine-tune his skillset for this conference.

Central Florida has to replace big man Tacko Fall and scorer Aubrey Dawkins who almost led UCF to one of the biggest upsets of the tournament last year against Duke. Adams was one of the more dominant players on our HoopSeen stage this season, showing he can stretch the floor with his south-paw stroke and his ability to finish at the rim. His length will translate over to the American Athletic Conference and he has a natural ability to get the ball in the basket, something that translates regardless of level. Adams can be a prospect that can come in and get some minutes with his shooting and rebounding as a freshman. Reynolds will instantly provide a big and powerful body inside that is known for his rebounding and shot-blocking ability. This two-man class for Head Coach Johnny Dawkins is strong with these two players being in the top-15 of our HoopSeen Florida rankings, in a state that is loaded this season. – Justin Byerly