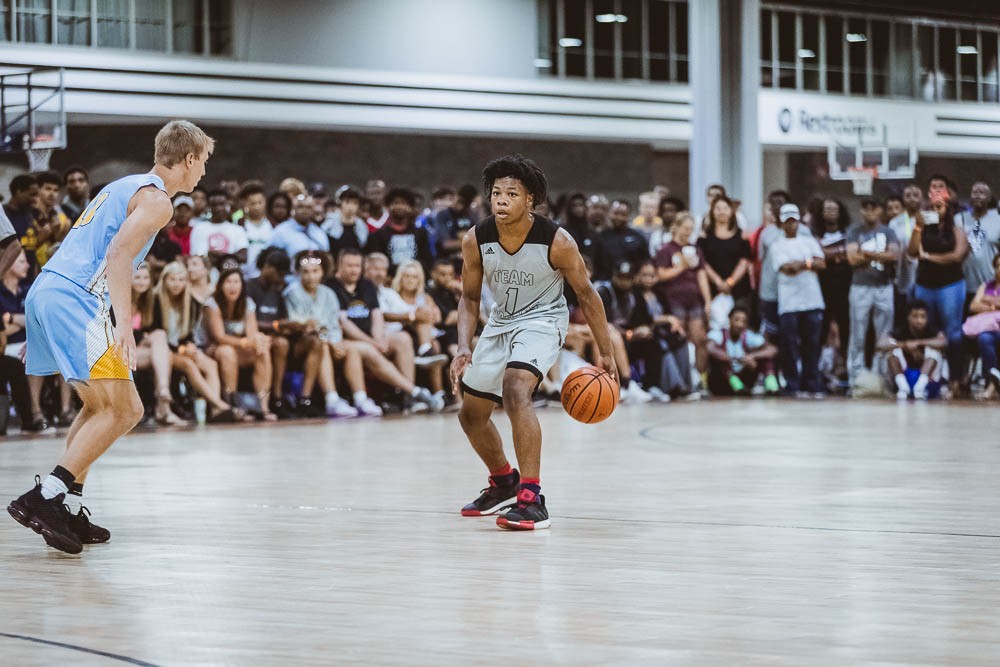 In this piece we take a look at the job staffs in the Big South Conference have done on the recruiting trail during signing period. Our HoopSeen staff continues to take a deep dive into the Signing Period this season with multiple articles, breakdowns and team reviews.

UNC-Asheville- Mike Morrell’s second season in Asheville will be a big turnaround from last season. He has NC State transfer Lavar Batts, who should be the quickest player in the conference at the lead guard spot. The Bulldogs have hit the recruiting trail hard recruiting the Southeast and have landed one big man in the 2020 class. BJ Marable, a 6-foot-8 forward out of Knoxville (TN) Grace Christian is a prospect with size that will be able to come in and get some minutes with his size in a conference that isn’t known for players that size. Overall a good start to the 2020 class. GRADE B+

Campbell- The Camels are coming off losing the all-time leading scorer in school history, Chris Clemons who is having a great start to the NBA preseason with the Houston Rockets. With five open offers in the 2020 class and three spots available, the need for a 2020 big man is crucial and at the guard spot over the next couple of years. GRADE C-

USC-Upstate- Head Coach Dave Dickerson is in his second season in Spartanburg, South Carolina and just pulled in a 7 player 2019 class. He has no spots available at this point for the 2020 class but has 17 offers on the table with the chance of losing a player to transfer or injury. GRADE N/A

Charleston Southern- Head Coach Barclay Radebaugh has secured Myrtle Beach (SC) High School guard Emorie Knox. The 5-foot-11 guard spent the travel season with the Upward Stars SE organization. He is one of the quickest players we saw at HoopSeen events this season. Knox has the chance to come and learn from one of the top freshmen in the Big South, sophomore Dontrell Shuler. GRADE B-

Radford- Head Coach Mike Jones loves shooters and he landed one that really showed he can shoot at that level with Keishon Porter. Porter was a mainstay on the HoopSeen platform with Team Trezz. Jones and staff also secured the pledge of 6-foot-2 guard Xavier Lipscomb out of Alexandria (VA) St. Stephens and St. Agnes. Lipscomb had offers from a number of mid-major programs throughout the country and chose the Highlanders. GRADE A-

Hampton- With 5 spots available in the 2020 class and 26 open offers, the Pirates are sure to nab some either after the signing period or in the spring. With the offers that are open for Hampton, most of the players they have offered are guys that would fit this level well and should be able to get some on campus and make something happen. GRADE C-

High Point-Head Coach Tubby Smith has been recruiting North Carolina hard and it is paying off. Yesterday, Greensboro (NC) Grimsley guard Ahmil Flowers signed his letter-of-intent. The 6-foot-5 scoring guard showed our staff at HoopSeen that he can score from the perimeter with a really consistent shot and has the size to be a problem at his position in the Big South. With three spots open in the 2020 class and 7 open scholarships, I could see Todd Burt, Jr. at the forward spot and sharpshooter Dylan Blake at the guard spot making the call for High Point in the near future. GRADE A

Longwood- Pulling point guard Braelon Bush out of Sillsbee (TX) was a good start to the 2020 class. Bush had offers from in-state schools Sam Houston State, Houston Baptist and Lamar. A little undersized, Bush is can really fill it up and has great court-vision. He was considered a top-50 recruit in the state of Texas. Griff Aldrich still has two spots open for the 2020 class. GRADE B-

Presbyterian- New Head Coach Quinton Ferrell has started off strong in Clinton, South Carolina. A hard place to recruit to, Ferrell picked up two signings in the 2020 class. Kobe Stewart, a 6-foot-6 shooting guard out of Augusta (GA) Cross Creek and also came into Georgia and grabbed small forward Kirshon Thrash out of Jonesboro (GA) Eagles Landing. The Blue Hose are also still in a good position with North Carolina forward Alex Holt. GRADE A

Winthrop- Pat Kelsey and staff were mainstays at our HoopSeen events this travel season and it has paid off early with the signing of 6-foot-7 Great Falls (SC) forward Kelton Talford. Talford was a top performer on multiple occasions at our HoopSeen events. The other 2020 commitment for the 2020 class was the biggest surprise. Toneari Lane, who also had offers from Nebraska, TCU, Ole Miss, Auburn and St. Johns picked the Eagles. The 6-foot-5 small forward out of Lawrenceville (GA) Grayson is a guy that can come in and make an impact instantly. GRADE A+

Gardner-Webb- Head Coach Tim Craft filled up both of his 2020 spots early with the commitments of Jordan Sears and Jermaine Mann. Sears was a prospect we saw a lot of on the HoopSeen stage playing with Team Parsons CP25 at many of our events. The 6-foot-1 guard is a capable shooter and facilitator who produces. GRADE B+