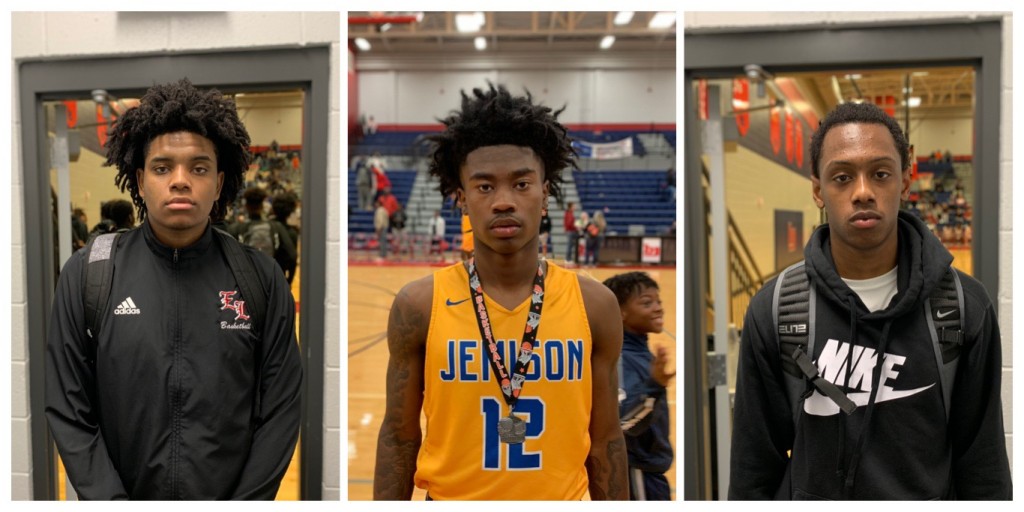 MADISON, AL -- The final day of the 2019 N2 Hoops Invitational tipped off on Wednesday afternoon with three games determining the official pecking order of the event. All three games were competitive. Here are the storylines from Wednesday evening from Bob Jones High School.

One of the best and oldest rivalries in Huntsville matched up in the championship game, and Mae Jemison was able to pull away in the fourth quarter to get the best of Lee-Huntsville by a score of 53-42 in their first matchup of the year. 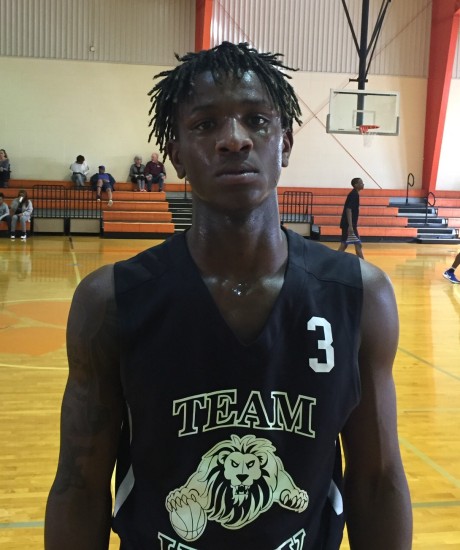 2020 guard Tony Toney capped off a strong week with 16 points in the championship game to earn MVP honors from the event. The 6-foot-1 scorer made two out of three three-pointers in the game, as well as several strong finishes through traffic at the rim. The ultra-athletic guard is one of the most explosive players in the state. He made several loud, eye-popping plays at the rim throughout the tournament. Toney is receiving interest from schools at a variety of levels, including high-major, mid-major, and junior college programs.

While Toney had a solid week at the office, Mae Jemison's most important player may have been 2021 point guard Damarcus Thompson (pictured middle). The 6-foot junior was the catalyst on both ends of the floor for the now 7-0 Jaguars.

"He's the engine that makes our team go," said Mae Jemison head coach Howard Pride. "Damarcus has been great for us so far this season. He has made some big plays to put us over the top in close games. He was that guy tonight."

Known for his defensive prowess with his quickness and hands, Thompson has progressed as a dynamic point guard for the Jaguars. He has an advanced feel for the game and makes the correct plays in transition and in the half-court. Thompson was able to control the championship game from start to finish with his pace and ball-handling ability.

Following the N2 Hoops Invitational, Mae Jemison remains undefeated with several noteworthy wins against Huntsville, Fairfield, Bob Jones, Lee-Huntsville, and Blackman (TN). Not a bad start for the Jaguars as they close out the opening month of the season.

Despite the loss, 2021 guard Taye Fields had another strong outing for the Generals. He posted 17 points and 10 rebounds in the championship game. Fields was named to the all-tournament team and was one of the biggest stock-risers from the event.

When discussing top players from the tournament on Wednesday afternoon, it was a pretty unanimous decision that the most impressive player from the 2019 N2 Hoops Invitational was 2020 Athens (AL) East Limestone big man Xavier Griffith.

Griffith (pictured left), who transferred in from Grissom over the summer, was dominant throughout the week. His lowest scoring game was 22 points on Wednesday morning in the semi-finals against eventual champion Mae Jemison. He followed that up with an encore of 28 points in a loss against Bob Jones in the third place game.

The 6-foot-6 big man isn't the most athletic player on the court but he makes up for it with his high IQ and skill-set. Griffith has a great knowledge of angles and knows how to use his body for protection around the rim. He can carve out space and score with his back to the basket with ease. The senior was able to convert several and-one opportunities because of his ability to finish through contact. Griffith sunk two 3's as he showed the ability to stretch the floor as a shooter, too.

Coming into the tournament, Griffith was a virtual unknown to local college programs. Following a couple of big games, Griffith earned a scholarship offer from Wallace State-Hanceville and interest from an assortment of other college programs. Don't be surprised if more junior college programs come forward and prioritize the blue-collar big man and workhorse.

When Jake Miles resigned as head coach at Decatur (AL) Austin High School at the beginning of the summer, the Black Bears' head coaching position became one of the most intriguing jobs on the market in quite some time in north Alabama. With a strong history of winning and a fertile talent area, some of the best coaches in the state applied for the position. Austin administration ultimately handed over the reigns of the program to Thompson assistant coach Major Deacon. 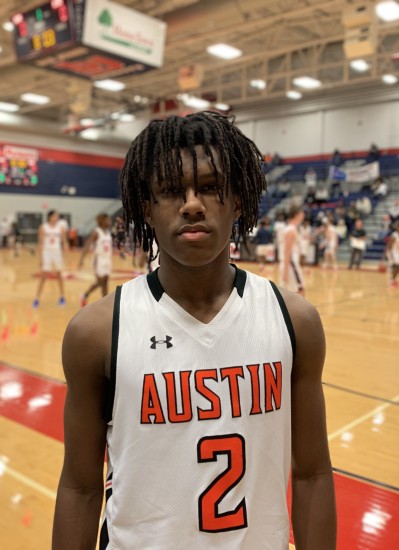 Since stepping on campus in Decatur, Deacon has enjoyed the strong backcourt that Austin already had in place. That backcourt was on full display at Bob Jones, as Kelton Petty, Caleb Carter, and Jaylon Barrett all had their fair share of success.

Petty, a 2021 sharpshooter, filled up the stat-sheet each game with his ability to score the basketball. He showed the ability to score in a variety of ways, but he did most of his damage from behind the arc. Petty gives Austin a reliable go-to scorer and someone that can get a bucket when needed.

2020 point guard Caleb Carter had a solid spring and summer with Pro One on the travel circuit. The 5-foot-11 guard was one of the quickest guards from end-to-end in the entire field. He was able to get to his spots on the floor with ease while also finishing at the rim. Carter will keep defenses on its heels throughout the year with his ability to get by defenders and get downhill.

Senior Jaylon Barrett is well-known for his success on the gridiron as a football prospect, but he was lights out for the Black Bears in their 5th place game against Sparkman on Wednesday. The lefty excels at putting his head down and getting to the basket. Barrett did plenty of that and scored at the rim against an active Sparkman defense.

With a three-headed guard attack in the backcourt and Winston Lyle, Awysum Harris, and Hunter Mitchell on the inside, Austin has a quality nucleus of players in Deacon's first season at the helm.

If there was a Most Improved Player award from the N2 Hoops Invitational, I think 2021 Harvest (AL) Sparkman wing Trevon Ragland (pictured right) would have received my vote. The 6-foot-3 wing man had a quality tournament for the Senators and was their most consistent player over the course of four games.

It is evident that Ragland has been working in the weight room. The junior now sports a strong, sturdy frame to go along with his length and athleticism. With an extended wingspan, it wouldn't be surprising to see him grow a couple of more inches and get to 6-foot-5. On top of that, he's also become more aggressive as a player. He had no problem taking charge of a young Sparkman team.

Ragland was especially good against Austin on Wednesday afternoon. He was automatic coming off screens and cuts as a shooter. He's solidified his range as a shooter, too. Ragland made several three-point attempts during his time at Bob Jones High School and proved he is more than capable of knocking down shots from the perimeter. Couple that with his length and rebounding ability on the offensive end of the floor and you have a dangerous combination.

Sparkman sophomores Tyrese Elliott and Calen Lighford have been picking up a lot of steam and notoriety for the Senators going into the 2019-20 season, but it was Ragland that left his mark at the N2 Hoops Invitational. He put together a strong resume and is on a roll heading into a Saturday matchup against Yazoo County (MS) at the Lighthouse Classic in Corinth, Mississippi.