Most impactful out of state to Georgia transfers 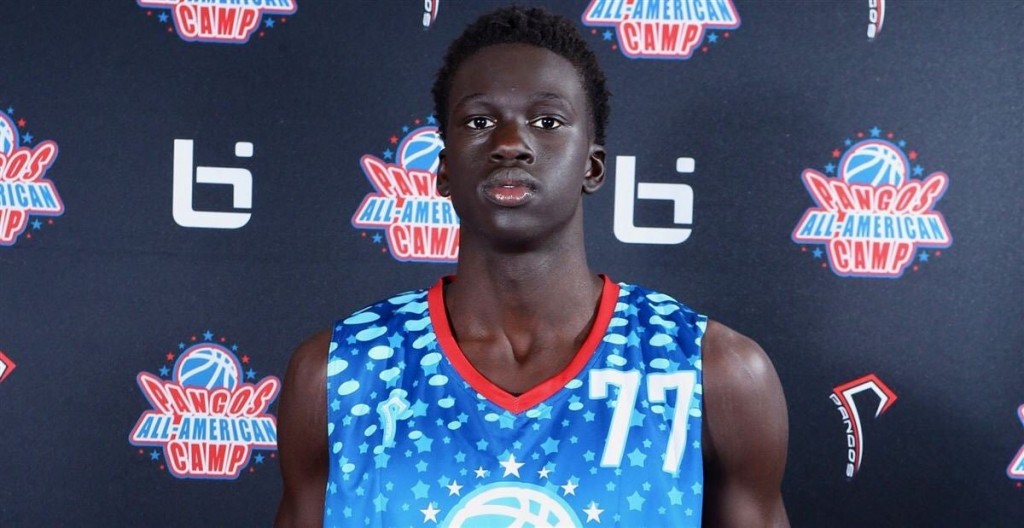 The talent is always strong in the state of Georgia. Always. The homegrown kids rule the realm but every year there are players who move into the state and make an impact for their respective teams.

These players are guys that you should know about as we prepare for the upcoming season. Could their addition from out of state push their respective team over the edge in a quest for a state title in Georgia? Let’s dive in, shall we?

JT Thor, Huntington Prep (WV) to Norcross, 6-8, F, 2020: The top XX national prospect moved to the metro Atlanta area with his family and enrolled at the Gwinnett County powerhouse. The timing couldn’t have come any better as the Blue Devils were readjusting to life without Brandon Boston, who made the move across the country to Sierra Canyon in California. Thor gives Norcross one of the toughest players to guard in the state. He’s an outsize/inside threat as a 6-foot-9 forward. He can shoot from three with a confident jumper and can defend and rebound in the paint. Thor has the ability to be an All-State player in his lone year at Norcross.

Josh Taylor, Greensboro Day (NC) to Norcross, 6-8, F, 2020: Like Thor, Taylor enrolled at Norcross over the summer and plays a big part in the change of attack for the Blue Devils. Taylor, an Atlanta native, went off to the powerful Greensboro Day for a season. In his junior year, he made some big leaps with his overall game. Always a threat as a wing and paint producer, Taylor looks comfortable in his own skin and has proven to be a match-up problem. The University of Georgia liked him so much, they went after him and got an early commitment from Taylor. He and Thor make for one of the toughest frontlines in Georgia. There is a similar feel to not-that-long-ago Norcross frontline of Rayshaun Hammonds and Lance Thomas.

Emon Washington, Yazoo County (MS) to South Cobb, 6-6, F, 2020: There’s been some buzz in the preseason out of Austell surrounding the play and intrigue of Washington. The bouncy forward moved east on I-20 from Mississippi and instantly gives the Eagles some size and pop inside. He’ll pair well with the great guard play for coach Greg Moultrie. Washington is a terrific vertical athlete and his presence should be best felt as a rim protector and lob man on offense. He’s caught the attention of a wide-variety of Division I coaches this fall, too. Keep an eye on him. South Cobb has a sneaky good chance to do great things this season. Washington plays a big role in that belief.

Jalen Deloach, Grey Collegiate (SC) to Berkmar, 6-8, F, 2020: The Georgia native returns back to the Peach State after some time at the South Carolina prep school program. He’s generated some buzz this fall and came on strong this summer as college coaches had a chance to see even more of him. Don’t be surprised to see him draw quite a crowd this high school season. Delach has visited Clemson and Georgia while schools like Appalachian State and Ole Miss are also in the mix. He’s a nice outside/inside threat for the Patriots and should be a name you become more familiar with this high school season.

Randy Brady, Brentwood Academy (TN) to McEachern, 6-5, SF/SG, 2021: As if McEachern really needed more start power to its roster. But here we are. Brady moved to Atlanta from the Nashville area and should jump into an interesting role for the Indians. With Isaac Okoro now at Auburn - and thriving - Brady should be a day one wing contributor for the Cobb County program. His impact may take some time to get adjusted to the team’s offense but an aggressive schedule should help. And just when he finds his rhythm, the post-season in Georgia will be here. That’s a scary notion for everyone else in AAAAAAA.

Dylan Cardwell, Oak Hill Academy (VA) to McEachern, 6-10, C, 2020: Let’s start with a big asterisk here.There is a rule in place that doesn’t allow out of state players from boarding schools (meaning a player had to be away from his/her family and stay in a dorm) and playing right away as a transfer. Since student athletes live in dorms at Oak Hill and not with their families, Cardwell falls into this category. So, the Augusta native may not play right away. Or potentially event at all. If he plays, he is instantly one of the top big men in the state of Georgia. He’s down to Georgia, Miami, Tennessee and Vanderbilt in his recruitment.

Shaqir O’Neal, Crossroads Christian (CA) to Union Grove, 6-5, SG/SF, 2021: Does this name read familiar? Drop the “ir” in his first name. Okay, now? Yep, O’Neal is the son of Shaq. A move from Los Angeles to the south suburbs of Atlanta was a surprise to us in Georgia and to those in California. I saw him in Phoenix at the NCAA Academy this past July and thought he showed some intrigue with his play. The ceiling is high, obviously, and at Union Grove he’ll have the chance to be a focal point for a team that went 13-15 last season.

Emory Lanier, Webb School (TN) to Woodward Academy, 6-3, SG, 2020: The Davidson commit moved to Atlanta from the Knoxville area when his dad, Rob, took over the men’s basketball program at Georgia State. Lanier joins a state championship contending team in the AAAA classification. The combo guard gives the War Eagle lineup versatility, smarts and, most importantly, shooting. With Walker Kessler in the low post and experienced players also in the lineup, Lanier’s three-point shot could be a key in the state tournament.

RELATED: Sixty-four things you should know before the start of the GA HS season