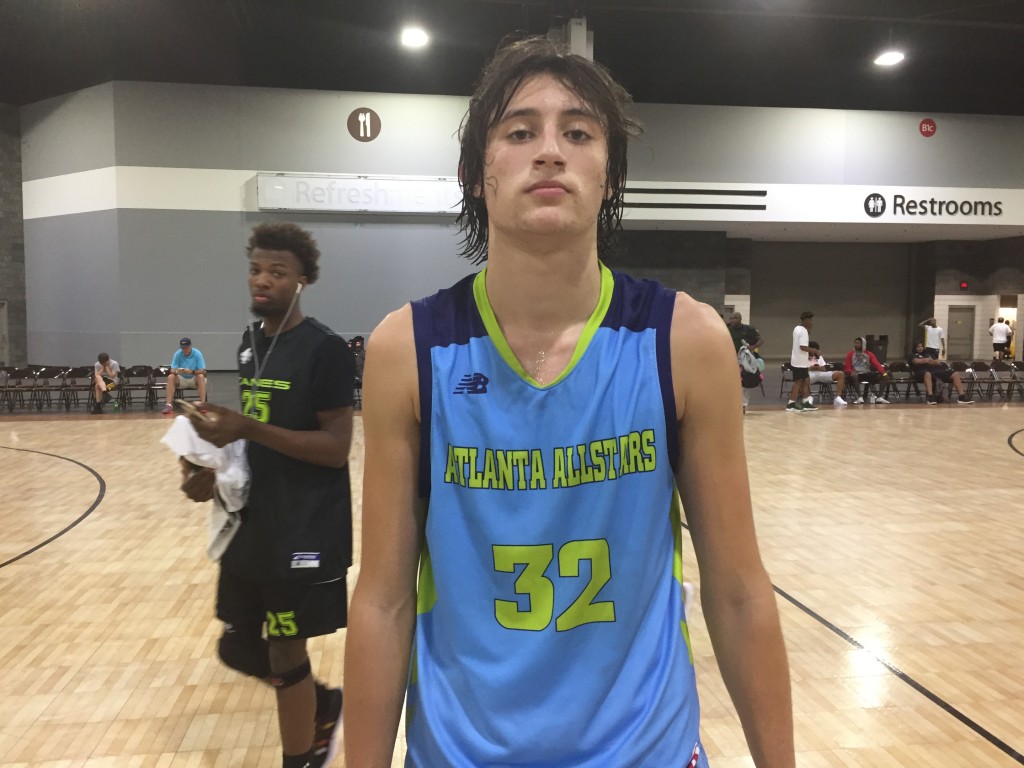 The 2019 Best of the South started off hot with big-time players and big-time games all day on Thursday.

Davis really showcased his versatile skill set in this game. He was able to get inside and score with ease off of drives and also crashing the glass for crucial offensive rebounds. His passing vision though as the most impressive as it appeared as if he was able to see a future scoring opportunity and was always two steps ahead of the defense.

I hadn’t gotten a chance to watch Sanchez too much recently but was really impressed with his game. He’s got great footwork in the post and knows how to move without the ball effectively. Sanchez also plays hard in the paint, crashing the glass on every shot and isn’t afraid to attack the basket strong as he had a monstrous dunk in the first half.

Greco’s recruiting stock has been on the rise over the past month and he’s reminding everyone why. Greco’s an absolute sniper from deep and his great three-point shot makes defenders forget how well he can get downhill and attack the basket as well. Another solid outing today by the Sequoyah Shooting Guard

Raynor is an all-around player. His strong athletic build allows him to attack the basket along with his explosiveness as he made several impressive dunks in his games. He was able to stretch the floor consistently for his team with his ability to shoot inside and outside the three point lines. Wouldn’t be surprised to see offers start rolling in for the 6’6 Small Forward.

Livingston is a highly rated prospect in the 2022 class and rightfully slow. After a slow start, Livingston was an absolute sniper making 4 three-pointers in a row. I would like to see him attack the basket more frequently but in the drives he did attempt they were very impressive.

Perry played like an absolute monster tonight. The 5-9 Point Guard is built like a linebacker and attacks the paint at will. Perry played with such high energy tonight and it showed on the defensive end especially with a clutch steal at the end of his game against We All Can Go 2021. Very impressed and am looking forward to seeing more of him this weekend.

Team Speights 16U vs We All Can Go 2021 was an absolute thriller. Speights started off dominating and jumped out to a 16 point lead at one point. Shortly thereafter, highly rated prospect Chris Livingston started heating up and made 4 three-pointers and tied the game at 70-70 late in the game. At the end Raymond Perry came up with two clutch and-one plays to extend the lead for Team Speights in a 75-70 victory.