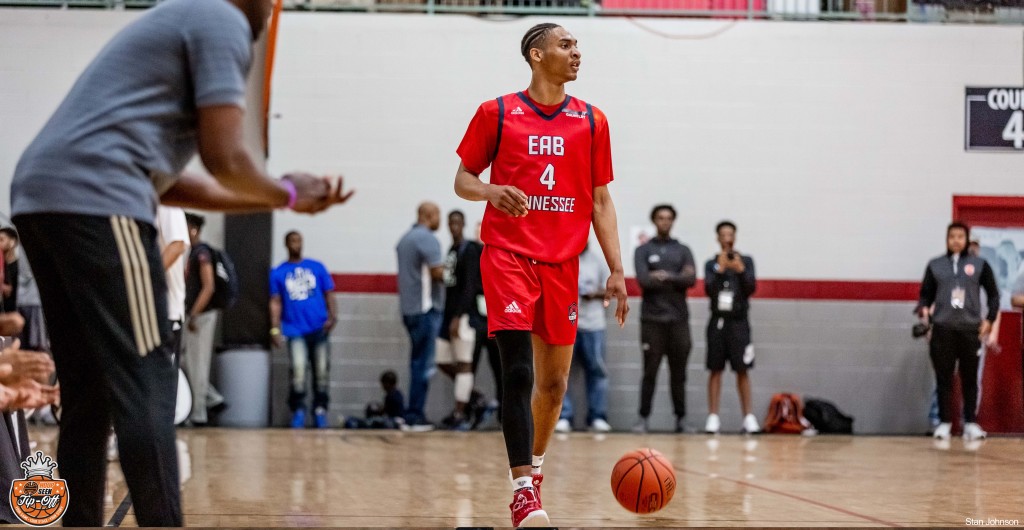 The state of Tennessee was well-represented at the HoopSeen Tip-Off. And, as usual, EAB came strong with the talent, These three players from the Volunteer State were the clearcut top overall performers from Tennessee over the weekend.

Keon Johnson, EAB 17U: By Keon Johnson’s own standards, I’m sure that he will admit to the fact that he’s had far better weekends under our roof then what he showed at our Tip-Off. Despite the slow start to the season, Johnson's last and final showing against the Upward Stars was a reminder of what has propelled him to a top 25 player nationally. With several Tigers moving on to their prospective programs, Johnson finds himself in a new role that may require him to score the ball at a rate that he’s not accustomed too. With all of his defensive tools remaining intact, when called upon to deliver in the half court he would use that all-state athleticism to finish at a high rate. The experience is there, as he and the Tigers were one of the most battle-tested programs in the southeast. His will to win may still be his best quality. There will be an adjustment as he gets acclimated to a new role, new teammates, and the Adidas Gauntlet, but his chances of figuring it all out is something to bet on. - Tai Young

Matthew Schneider, EAB 16U: We really liked what we saw from him last year at our events with EAB and this year he’s back to doing great things on our stage. The 6-foot-4 guard from Murfreesboro is an ideal Division I guard prospect. He has great size, can play multiple positions, guard the ball, score inside and out and spot up and drill the perimeter shot. Fundamentally sound, Schneider will be actively recruited player from Middle Tennessee over the next two years. He continued to prove that narrative at the Tip-Off. - Justin Young

Grant Slatten, EAB 16U: Buckets. That’s what Slatten was all about at the HoopSeen Tip-Off. He piled up the points over the weekend and did so with swagger and creativity. He hit nine three-pointers, converted at the free-throw line and drove hard to the basket at a constant clip. The class of 2021 guard has the skill set to develop into a really nice college player. Schools from a variety of levels will want to see him this NCAA Live Period. He’s good enough on the offensive end to warrant some looks at the end of the month. He put up 19 points against some of the best teams we had in our 16 and under division. - Justin Young