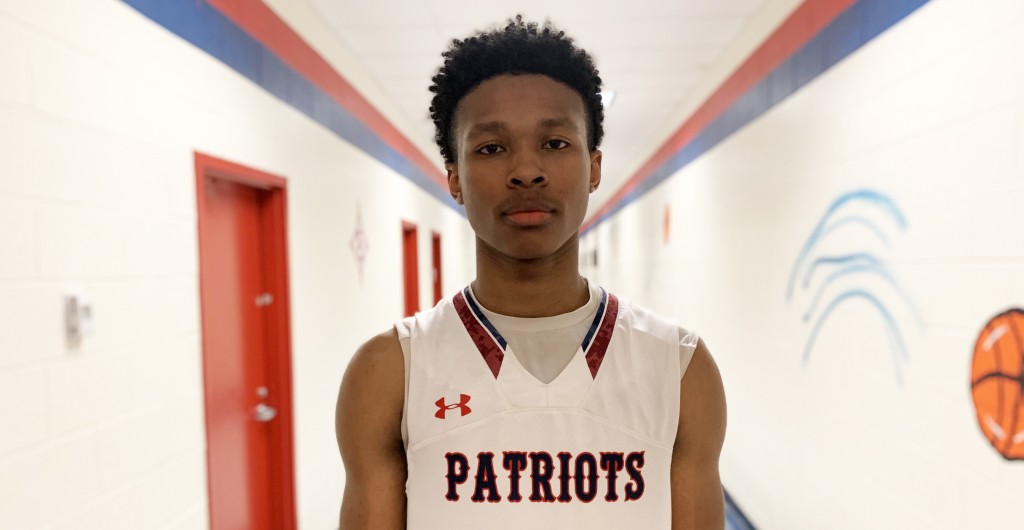 TYRONE, GA - When the state playoffs get this deep into the bracket, talent will be matched by the opponent more times than not. So, teams have to dig a little deeper and win by separating factors.

For Sandy Creek, it came down to toughness and defense in their 69-43 win over Thomson in the Sweet 16 round of the AAAA state playoffs.

The Patriots stayed the course all game long, winning the defensive battles and the game on the glass. In the second half, Sandy Creek held Thomson to just 20 points.

Senior forward TJ Bickerstaff, a Drexel signee, was terrific in the win. The 6-foot-8 forward scored 16 points and had nine rebounds and three blocks in the win. His toughness inside was a key factor.

He’s right. Thomson isn’t the biggest team but they are strong and physical. In this match-up, the East Georgia squad couldn’t match-up against the big Sandy Creek frontline.

“I knew they were tough,” Smith said after the game. “We had to defend the paint. They weren’t known for being a shooting team. They were going to bang and get into the paint so our game plan was defending the paint, getting hits, boxing out and defend.”

Julian Alexander, a senior and a Region 5-AAAA 1st team selection, was the perimeter sniper for the Patriots in the win. He knocked down four three-pointers en route to a team high 19 points.

“When we play defense, we all get buckets,” Alexander said.

Sandy Creek is now 27-3 on the season. The Patriots are holding teams to 46 points a game in the state playoffs. That’s music to their ears.

“We gotta keep playing tough,” Bickerstaff said. “But we’re not satisfied until we do what we gotta do. That’s it.”

Deshon Proctor has come on strong this season for the Patriots, proving himself as a guy who can and will crash the boards. He’s an aggressive and active rebounder. His man-sized eight rebounds off the bench came in handy when Sandy Creek opened up the lead in the second half.

Thomson’s Malcolm Daniels finished with a team-high 19 points in the win. The 6-foot-3 guard was slippery in the half court and did a great job of playing in transition for his buckets.

Thomson finished the season 21-6. The team made the two-hour drive in from McDuffie County in East Georgia for the match-up and brought a heavy dose of fans with them.

Sandy Creek will move to play the winner of Wednesday night’s Americus Sumter at St. Pius  game on Saturday at Fort Valley State.