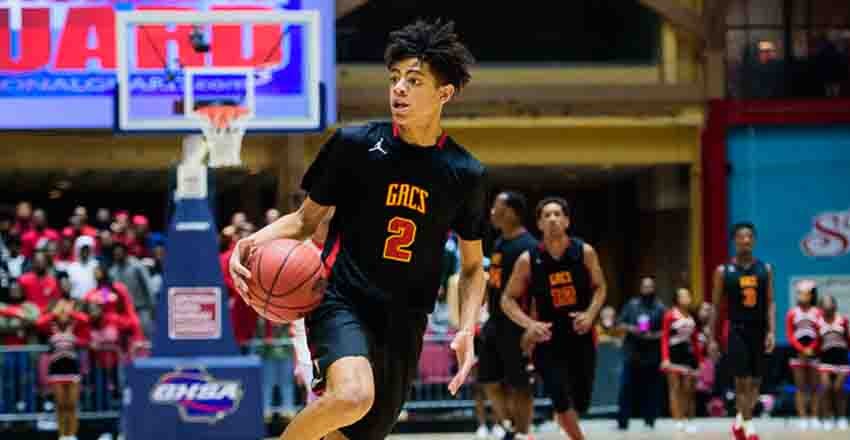 A player to watch at this weekends Bama Jam is God's Property guard Ben Sheppard. Evasiveness is a key part of this 6'4 guards game as he excels getting out of tight spaces on the way to the basket. Ben is a long, rangy athlete that can pull off a good blend of euros and hop steps to evade bigger defenders in the paint.

My first impression of Ben came at a late-season game at Greater Atlanta Christian and I walked away thinking that he had a chance to surprise a lot of people going into his senior season. During that game I saw Ben display a great feel of the of the game, picking his spots very carefully to rattle off a few quick buckets. There was a sequence of possessions in which Ben came off a pin-down, transition 3, and a mid-post bucket, showing off his versatile skill set. The rhythm that he played with allowed him to move at a steady pace and not be rushed because of his defender's activity. Ben finished had a very efficient scoring night, something that I believe translates very well to the next level.

Division one coaches looking to find a guard to get under the radar could get a steal before Ben obtains his first offer. He has had steady contact with Wofford, University of Penn, Lipscomb, Cornell, Boston College, FGCU among others.

See him at our upcoming Bama Jam on April 20th.