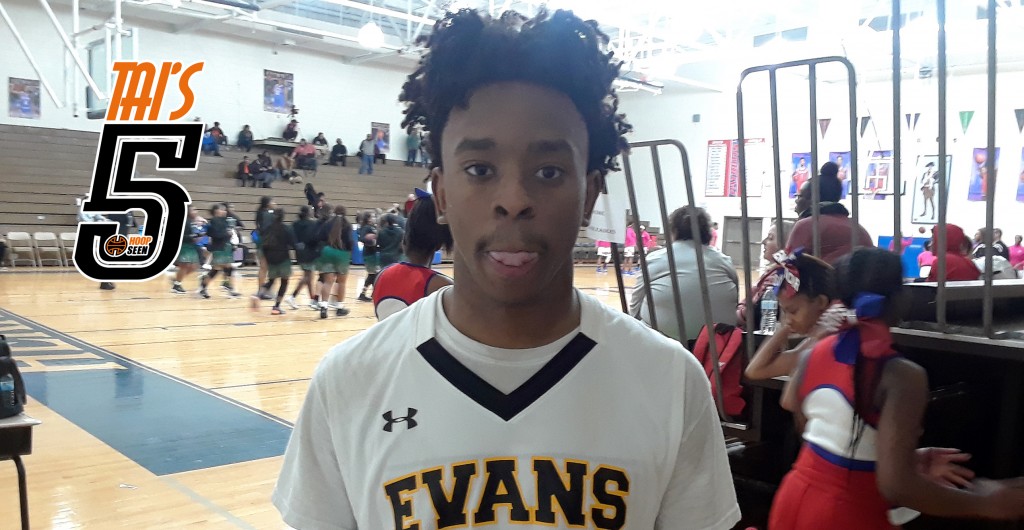 The 2019 Evans guard put up a 30+ point performance in effortless fashion. He took advantage of the defense picking him up at halftime by routinely taking defenders off the bounce. His dynamic ability makes him a player that I'll continue to watch in next year's class.

One of the most efficient 3 point shooters in the game was Evans guard Christian Chambers. Given time to shoot he made the most of his opportunities by being a knockdown shooter from the perimeter

Always one to put up numbers, Lakeside Evans guard Kalen Williams showed glimpses of his scoring ability. His handle and movements are so fluid that he can shift a defender without much work. Kalen's shiftiness makes him a huge focus in ball screens and as he continues to fine tune his game expect a line of coaches.

Dealing with foul trouble for the majority of the game took some of the air out of his sails but the 6'8 2020 big man showed some tools that he can fine tune going forward. The Evans big man showed great touch around the rim, the ability to pass out of the high post, and held his own defensively. With some added work on his body and polishing his skills, he will be a solid college prospect.

One of the most impressive freshmen I've watched this season is easily Lakeside Evans guard Rickey McGhee. You can see the makings of a prospect early from his size and skill alike. His sophmore and junior years could be something special