Top 5 takeaways from Lanier vs. Dacula 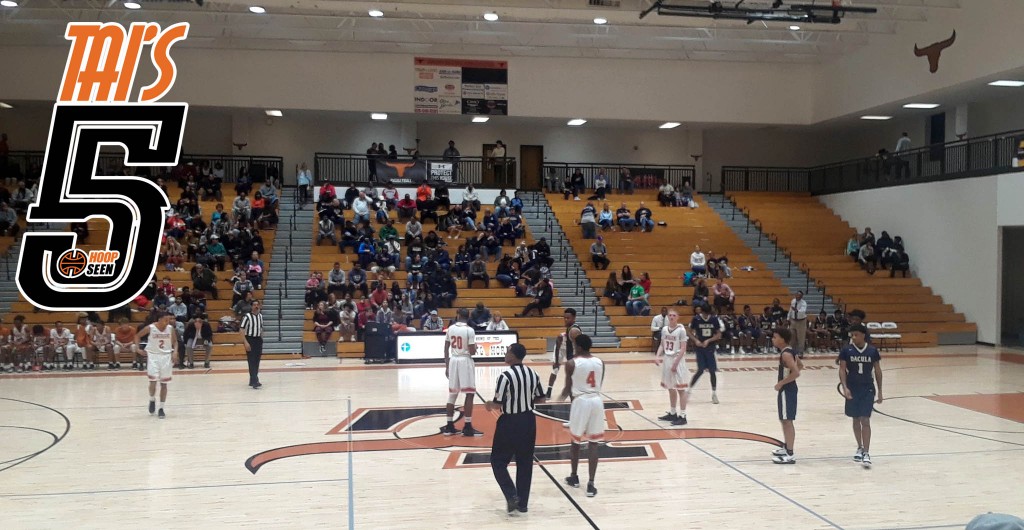 Sion James has a chance

Looking at Sion you would think he's a senior but come to find out he's a sophomore that must not be afraid of weights. What's noticeable immediately is his tendency to crash the board, mixing it up with taller trees in the paint. He's an intriguing prospect for future years as a guy that provides versatility and toughness to a team. Look for Lanier to count on him more into his junior year.
Let the offers come in for Mekhail Bethea
It's easy to see how Mekhail could be a coaches dream for someone at the next level. Smart, tough and skilled are just a few attributes that the 2019 Dacula guard possesses. He allows his teammates to excel at what they do because he's capable of playing multiple roles. I've seen games of him making high-level passes and other where he scored from the arc and the rim. His skills and academics should help his recruitment plenty. Its time more programs took notice.
Spring steal in Adrian Martin
There was a 4 possession spurt in the 3rd quarter that made me really lock in on Adrian as a prospect. He's one of those players that you know is capable of dominating a game scoring but his demeanor would say otherwise. He scored in a variety of ways and left me imagining ways he could be used in an offense at the next level. The unsigned senior has the skill set to eventually be a productive guard at the LM level
Quincy Ademokoyas swagger is on 100
If there's anyone that's walking around on the court like they know they have arrived it's 2020 wing Quincy Ademokoya. He's gone from timid to aggressive and it's shown in his play. He had multiple blocks from the weakside, while also getting a contact dunk on the other end. Look for him to turn some coaches heads as a good sized shooter over the summer. As his ball handling and defense continues to improve he could open up a ton of next level options.
Brenden Tucker is the ultimate love/hate player for opposing student sections.
Many times throughout the game I could see mood swings happening with some students in the stands. The Dacula guard has some Russell Westbrook to him in a sense that some fans love to hate him while others hate to love him. It's to the point that I think the opposing team's fans may push his buttons just so they can catch a highlight dunk on their phones a few plays later.
Bonus: Inserting Byron Wilson into the starting lineup gives Dacula an extra punch off the bench
Clayton states future guard Arusha Hunters best quality is that he does a lot of things on the court that may or may not show up on the court. Byron looks to mesh well with the others as a starter thus allowing Dacula to have a division 2 guard coming off the bench. That in itself is a luxury a lot of teams aren't fortunate to have.
Lanier High School
Dacula High School
Mekhail Bethea
Brenden Tucker
Quincy Ademokoya
Adrian Martin