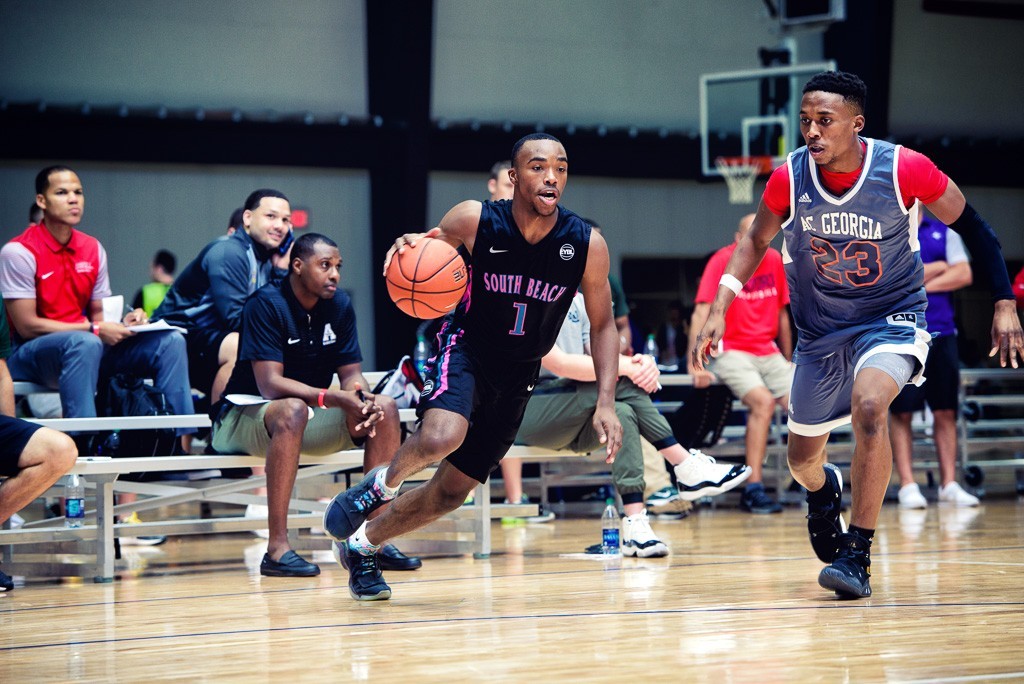 DJ Murray(Pebblebrook/pictured above): One of the best shooters in Georgia that gets used with ball screens or off the ball with staggers and pin downs. DJ has enough athleticism to guard his position defensively while going on one man runs for a Pebblebrook unit that is winning a lot of games.  Jarred Godfrey(Sandy Creek) The 6'4 guard is very smooth with the ball, showing the ability to set up teammates and score the ball. The Sandy Creek guard has a smooth stroke and understands the way the game should be played. Solid pick up for a Division 1 program late.

Lamont Smith(Duluth): A hard-nosed leader that has improved as a shooter going from his junior to senior year. Capable of guarding different positions and breaking down defenders off the bounce. His high academics should put the cherry on top.

Dalvin White(Norcross): I'm always impressed by Dalvin's ability to make the right reads on the court. Hes a good shooter that whether it be catch and shoot or off the bounce. He's continued to find his niche amongst other high level players on his Norcross team. Playing with that much talent should help his transition to the next level.

Daniel Parrish(Aquinas): Daniel is a high level passer especially when collapsing the defense to kick out to shooters. The 6'3 guard isn't prone to making mistakes and can excel in both the half court and transition.

Jacolbey Owens(Warner Robins): Jacolbey consistently flies around the court using his athleticism to get a ton of blocks, steals and deflections. He is capable of playing two positions especially since improving his jump shot since the summer. Jacolbey has proven to be a division 1 talent.

Savvon Delgado(Kell): Savvon is a high energy player that covers a lot of ground defensively with his words and movements. Always talking and in the mix with the action on the court. He's quick end to end with the ball and should be best in an up tempo environment.