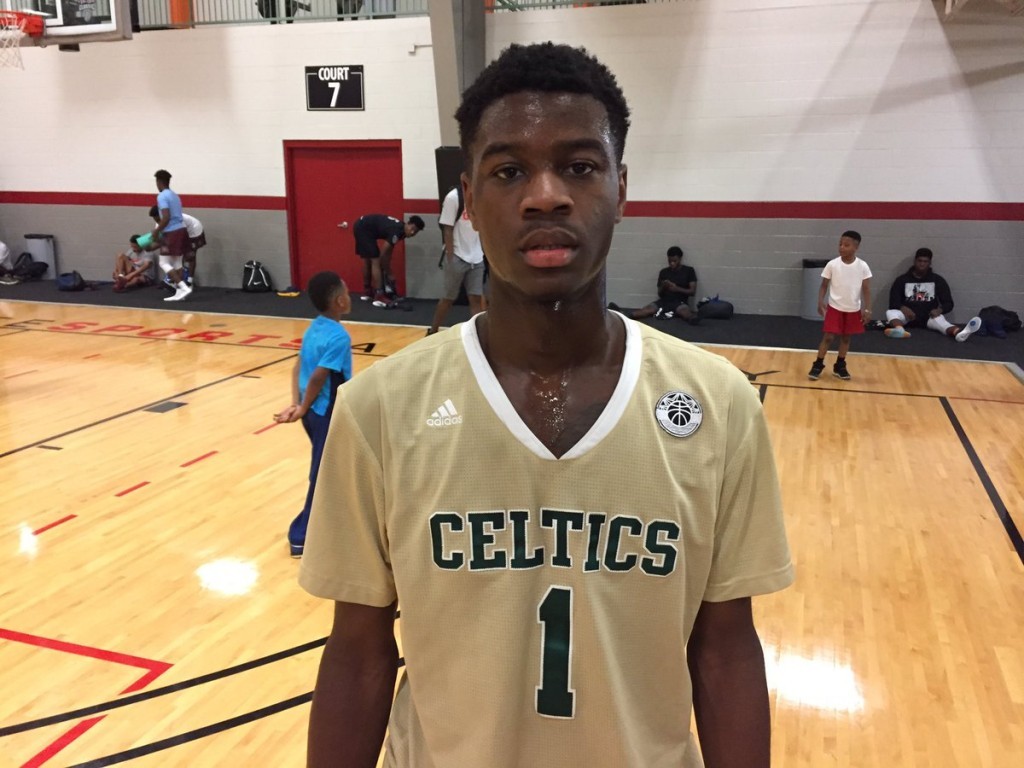 The 2017-2018 season is nearly here. So, with the games right around the corner, we wanted to take a look at the storylines. Which class of 2019 players are on the cusp of a breakout season? Here are five of our favorites.

Stevin Greene, Morgan County: You won’t find a better pound-for-pound athlete in Georgia than Greene. He’s as bouncy as they come. He’s a fast as they get. He is confident and hungry. Greene was outstanding in the state title game against Pace Academy. And he was even better this summer for the Georgia Stars Milledgeville program.

Maurice Harvey, Miller Grove (pictured above): The Dekalb County powerhouse will turn to the athletic junior this season. Tae Hardy finished his career as one of the top scorers at the school and Jalen Mason transferred out. So, Harvey will see his number called quite a bit this year. He averaged 7.3 points a contest last year and had a tremendous showing in June during the team camp tour.

Elias King, Shiloh: While he’s a noticeable name in recruiting circles (King is a Top 100 player nationally in the class of 2019), Georgia prep fans may not be too familiar with him. King played out of state last season and returns back to his native Gwinnett County home for his junior season. King is one of the most versatile guys in the country. Shiloh graduated several key players from a rather disappointing 16-win season. King gives the Generals a major shot in the arm.

Jalyn McCreary, Kennesaw Mountain: After sitting out last season due to GHSA transfer rules, McCreary should be the biggest “breakout” guy in the state. Kennesaw Mountain won 10 games last season and McCreary’s sheer presence should help the Cobb County team battle above the .500 line. The 6-foot-7 forward is a match-up problem. He’s ready to jump right into the action this year.

Malachai Rhodes, ELCA: Class A Private may be open for the taking this season. So, keep a close watch on Eagle’s Landing Christian. The McDonough school has some horses and Rhodes is the best big men in the state that we aren’t talking enough about. True story. The 6-foot-7 forward had a terrific travel season with Game Elite and has the physical tools to make a big jump on the court and on the recruiting front.