Five TN hoopers on the rise this spring 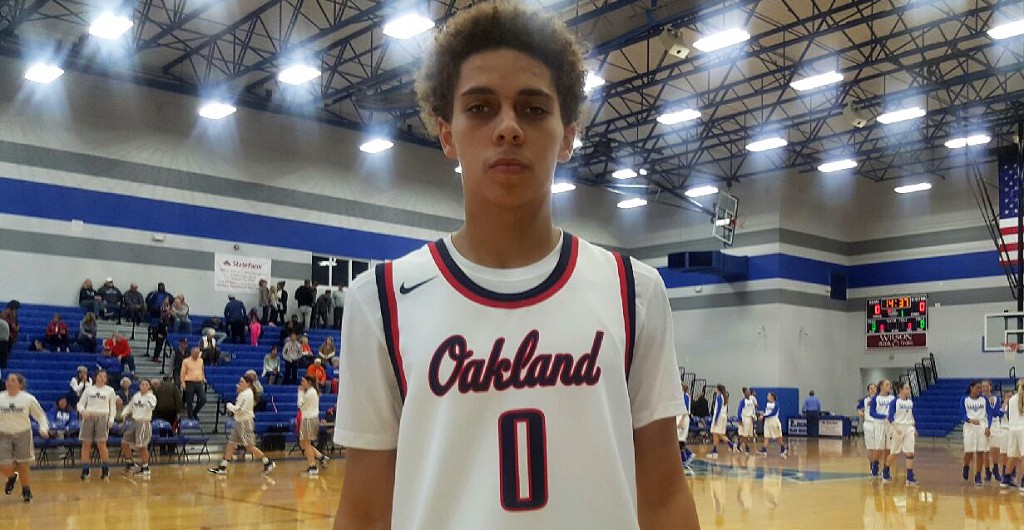 With the NCAA Live Period right around the corner, we wanted to look at five players from the state of Tennessee who could be on the brink of an April surge.

Why are they rising? We have spoken in the past at length about when that proverbial light comes on. When a player with unlimited potential finally decides, yes I want to be what they are projecting me to be. This young man has length, he has skills with the ball, his outside shooting is good, his motor is improving and his will to be good has finally reached a projectable level. As he adds strength you will see his production rise especially on the defensive end where he still has strides to make. He has shown to be a future shot-blocking champ and his rebounding is becoming a major strength as he begins to understand the need for positioning and using that length to his advantage. This will be a massive summer for him as he plays with Team Thad in the Under Armour Association League against capable athletes of his size every time he laces up the shoes.

Who is recruiting him? His revolutionary quick rise has not spurned offers but has created interest from schools ranking from the SEC to mid-major powerhouses interested in honing his skills on their campus. 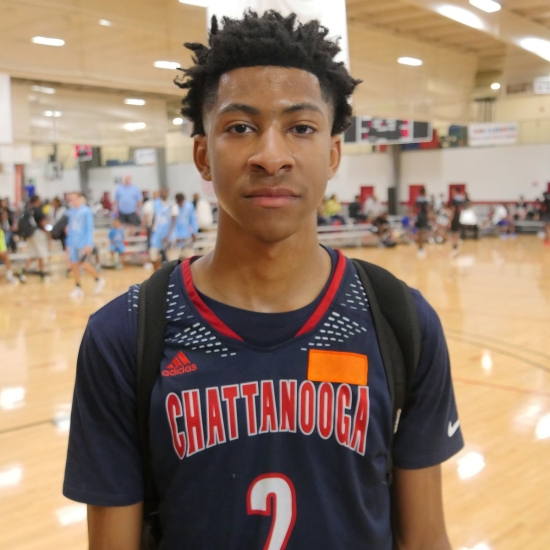 Why are they rising? Folks in Chattanooga are very excited for the return of the Mr. Basketball finalist back to the his original squad. Clay ran with the Georgia Stars last year and had a very nice summer but feels his best chance to get where he wishes to be will be with his hometown crew. Highly skilled, highly intelligent, he truly respects and understands the inner workings of the game. He has great handles, he sees everything, makes the comfortable entry pass and is a terror on the break, either finishing at the rim or making the cold dish to a thankful teammate. His size and strength will keep some folks away, his outside shooting needs more reps but his work ethic is second to none. He is a class act, a winner and a kid who wants to be great.

Who is recruiting him? His recruitment should pick up this summer, with the actual eye test as college coaches watch him run an offense and make game-winning plays. His size will work against him but whoever makes the close to get him on their roster will be thanking him for helping them win titles whatever level he ends up.

Why are they rising? Potential oozes from every pore of this kids athletic, skilled posture. He has extra length with his go-go gadget arms, he loves to play in transition using his extraordinary speed and crazy length to make crowd pleasing plays, be it a nasty slam or a creative dish to an appreciative cohort. He will need to work on making the outside shot more of a weapon and developing more confidence in using it in half-court situations. His length makes him a non-welcome defender for the unlucky soul he decides to torture, his feet are quick, he tends to gamble at times but this kid is coachable and really has a deep desire to be better and win.

Who is recruiting him? Curry has secured offers from the likes of Tennessee, Chattanooga, MTSU, UAB and Alabama. As his summer season commences additional teams will make this list a very long one.

Why is he rising? Physically imposing, improving skills and the desire to make himself better are three valuable assets for an up and coming young hooper. Foreign player who has only played the game for three years his transformation into a contributor has been alarming. He has an aggressive nature that makes him go after every rebound, in or our of his area, he has improved his footwork and will use some old-fashioned post moves to get buckets. Offensively is where you will see his biggest movements as his mind attaches itself to the nuances of the game. He still has a ways to go of course but his meteoric rise thus far is a pleasure to watch. Unlike most foreign counterparts, defense has been one of his strong suits. He loves the contact, he likes to snatch boards, block shots and interact with his competitors.

Who is recruiting him? Just completed his freshman campaign so the word has not gotten out yet, but it soon will. Watch the recruitment of this kid gain major headway as his skill level and exposure rises.

Why are he is rising? Has the point guard of yesteryear simply passed us by, the answer to that question is no. Meet Keishawn Davidson from Oakland HS in Murfreesboro. Just a sophomore, this kid has old school traits galore, he simply understands the game in spite of his youthfulness. He runs the show, he can affect a game without scoring a point, he defends like its his mission and he is flat out, without question, a winner. Slight built but tough, he can score if left alone or called upon, his shooting is good but will get better as he works like a basketball savant in the off-season on his skills. His biggest asset is his ability to make everyone around him look good, he led his team to the state tournament and is a very coachable young man.

Who is recruiting him? He has scored some mid-major offers with his work in the summer. I believe you will see a legen...wait for it..dary rise in his recruitment after he explodes this summer. Believe that.