TN Prep Hoops: The post-season is upon us 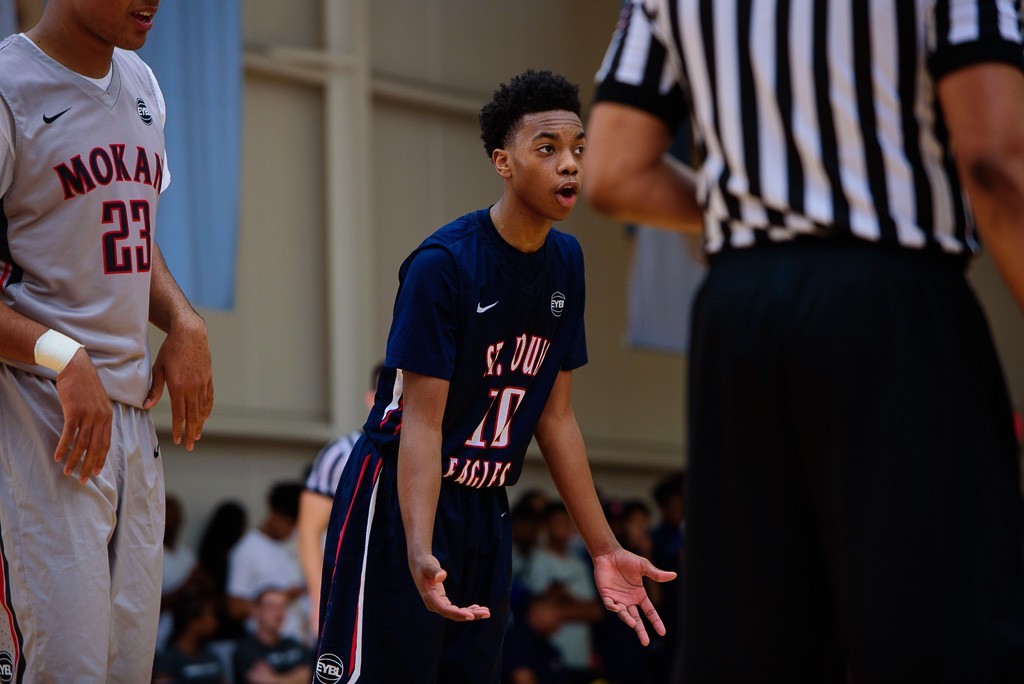 Tournament time is upon us in the Volunteer state.

The district tournaments have concluded and Round 2 of the Region tips tomorrow evening all around the state.

The DII (Private School) state tournament is this weekend so lets breakdown what we can expect and who the favorites are going to be.

The cream generally always rises to the top so its no surprise that three of the four teams advancing to the state tournament in DII, this is our private school division, are the same as last season including the defending state champions, Harding Academy in DII/Class A and Brentwood Academy in DII/Class AA.

Harding Academy is set to defend the crown with a balanced attack led by Calvin Austin and Kendall Thomas.

Franklin Road Academy (FRA) last year's runner-up returns with a stout line-up including a couple of beasts on the interior in Brennan Crook and Jack Doherty, who dropped 33 in the title game loss last season.

The young and talented Lynx of Lausanne want to complicate things for the others with their second consecutive trip to Lipscomb led by a talented sophomore in Schuyler Forrest and a deep, athletic roster.

Chase Hayden, is the lone Mr. Basketball finalist in the field, he is poised to lead his Gryphons of St. George's to the promised land and bring home a boat load of hardware in the process.

In DII/Class AA, the defending champions Eagles of Brentwood Academy have been working their way to this juncture the entire season. Led by Mr. Basketball finalist and a national Top 10 recruit in Darius Garland (pictured above), they seem to have the fast track to the title.

Not so fast my friends, perennial state power and a frequent visitor to the Allen Arena the Tigers of Ensworth want and need another shot at their city rivals and what better stage than the opening round of the event. Ensworth is led by Mr. Basketball finalist and Class of 2019 riser James Wiseman.

On the other side of the bracket, the Blue Tornado of McCallie return to the promise land with hopes of bringing the gold ball back to Chattanooga. Led by Mr. Basketball finalist Jr. Clay this squad is well coached and very dangerous.

Finally Montgomery Bell Academy (MBA) makes the short trip to the Lipscomb Arena after besting highly ranked Christian Brothers to snatch the final fourth spot in the state tournament. The Big Red are led by a pair of junior guards in Thomas Carr and Drew Weikert.

The great philosopher Ric Flair once said, "In order to be the man you have to beat the man". In Class A basketball in Tennessee, Memphis Mitchell is the man. The three-time defending champions will be the team to beat as second round region action tips-off tomorrow evening all around the state.

Who can challenge these Tigers?

The top-ranked team in the state all season has been Humboldt and I know they wish to have a piece of the Mitchell pie. On the eastern side of the state, last week's feature the Rams of Grace Christian seem to be trending towards another trip to the 'boro while tomorrow's quarterfinal game between Meigs County and Harriman could also go a long way into determining another potential state client.

Clay County and 3,000 point scorer Tyreke Key are itching for another trip down I40 while another state tournament regular Van  Buren County and super scorer Caden Mills would certainly love another shot at the prize.

Others who could spoil the party for the aforementioned group include CSAS, Lead Academy, Columbia Academy, Union City and MTCS.

FULTON DEFENDS THEIR TITLE AMIDST A CAVALCADE OF RIGHTEOUS OPPOSITION

Knoxville Catholic has held the top spot in the Class AA rankings all season but a looming region title game this weekend against defending state champion Fulton may be the game of the year on this side of the state. Mr. Basketball finalist Luke Smith against the reigning Class AA state tournament MVP Trey Davis is the match-up everyone wishes to observe.

As we move West, last year's runner-up Brainerd returns some key pieces including Jesse Walker and Malik Hampton while others just may snatch that invitation to the party including district champion Tyner Academy and athletic guard Kevin Cameron, Macon County led by strong-man Seth Carlisle or the Bees of Upperman and 6'9 post Josh Endicott.

In the center of the state, the action is hot and heavy last year's participants Marshall County and White's Creek look like they have more than enough fire power to make a return trip and cause some havoc. Sophomore K.J. Johnson is the one to watch for Marshall County while big Rout Monyyong is erasing futures for the Cobras of White's Creek.

Never count out CPA and super scorer Clay Washburn or a balanced and dangerous East Nashville squad who captured the district tournament title with a win over White's Creek.

The West is always strong as Dyersburg has been a powerhouse all season, Haywood led by the state's top unsigned senior Tristan Jarrett, Jackson Southside, Memphis Sheffield and under the radar guard Kavion Hancock, and Douglass led by Mr. Basketball finalist Parrish Hewitt.

Hang on this is going to be lit.

WHO'S BETTER THAN MEMPHIS EAST? IM AFRAID NOBODY

The bar has been set and it is set very high. The defending Class AAA state champion Mustangs of Memphis East are a confident bunch set to start collecting Gold Balls at an astounding pace. This crew is led by household names like T.J. Moss, Chandler Lawson, Alex Lomax and soon to be stud Malcolm Dandridge.

Who among you wishes to challenge them?

Oak Ridge is seething after not making the dance last season. Clemson football signee Tee Higgins and Mr. Basketball finalist Tajoin Jones want to be there and I believe this year they will get that chance. A second round game against a well coached and disciplined Maryville team will test them, however.

A young and talented Bearden squad has seemingly righted the ship led by a pair of sophomore guards in Ques Glover and Trent Stephany. They could meet Oak Ridge in the region finals while a bit further down I75, the Blue Raiders of Cleveland led by rising junior K.K. Curry may have something to say about who goes where and when.

Six straight years the Blaze have made the very short trek to the Murphy Center and this year should be no different. Balance is the key as Blackman trots out six to nine players who play minutes depending on effectiveness. They are well coached and smart and could be a potential hazard.

Last year's runner-up Cordova may just find themselves in a similar spot led by Mr. Basketball finalist Tyler Harris and fellow junior rising star Rodgerick Brown, the Wolves will need consistent play from senior point guard Blake Williams if they are to make it this far. A huge game tonight against a tough Arlington squad that split with them during the regular season will tell the tale.

Look out for Oakland and slick sophomore point guard Keishawn Davidson. Cane Ridge and their talented lead guard Damien Baugh are formidable as they tangle with an always solid Brentwood squad led by senior guard Kellen King. Southwind is the likely opponent for East in the region final and the Jaquars will not back down led by Carlos Marshall and Mark Freeman.

The winner of tomorrow night's Summit vs. Independence game could make a trip to state as well. How about the potential showdown between Belmont signee Grayson Murphy against Navy signee John Carter. The most talented kid on the floor may be rising junior Demontay Dixon, he could be the difference maker.

Here you have it. Stay tuned as THE COUNTDOWN IS ON....