Peach Pickin': The secret to win it all 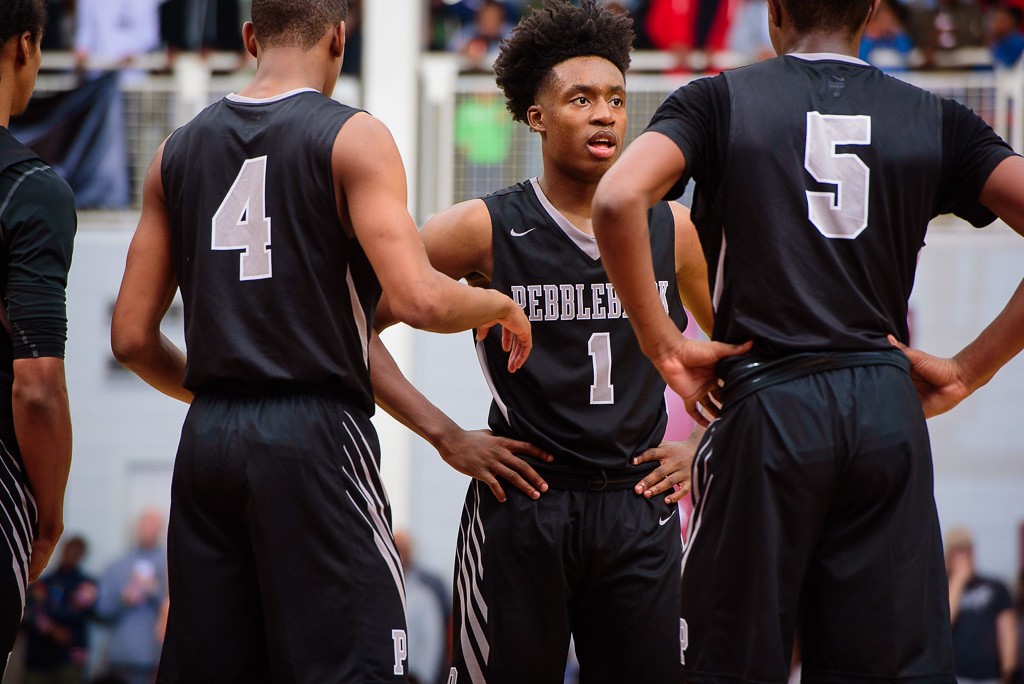 The fun of February basketball tips off next week as we dive into region tourney time. In the meantime, there are plenty of things to look closer at as we wind down the regular season. In this week’s Georgia notebook, I look at the five things a team will need to have to win the loaded AAAAAAA classification and I empty my notepad from a busy week.

When Pebblebrook beat Wheeler last Friday night at the sold-out Cobb County Civic Center, there was a sneak peek at the secret sauce of a state championship team come mid-March. No, a star player won’t lead a team to the title. He’ll certainly help but he, and he alone, won’t be the reason.

The super teams will always be super because of their superstar players. Rightfully and understandably so. But the supporting cast will be the difference maker come tourney time.

Pebblebrook’s Mervin James was clutch in the Falcons’ win over Wheeler last Friday night. The Falcons were getting crushed on the glass in the first half and Wheeler looked to be in control during the first 16 minutes of action.

But things changed in the second half. James stepped up in a big way. He had eight rebounds, matching EJ Montgomery and Jordan Usher collectively. James ultimately allowed Pebblebrook to go into hyperdrive, sprinting up and down the floor for quick buckets. They are terrific in the open floor.

“All five guys have to rebound to win. Mervin James grabbed every rebound (in the second half against Wheeler).” Pebblebrook head coach George Washington told me after their win. “He fought, jumped, pushed, shoved, everything. He grabbed everything. That’s the key to us winning. We are tougher than any team we play. When you rebound against those guys from IMG, you can rebound against anybody in the country.”

That rebounding, especially in the big Class AAAAAA bracket, will have to come into play.

I’m convinced the winner of the AAAAAAA state championship in Georgia will have the following:

St. Francis freshman Dwon Odom reminds me so much of former Wilkinson County star Senario Hillman, who later went on to play at Alabama.

The difference with Odom and Hillman is skill level. Odom is more skilled at this stage. He played well in a tough overtime loss to Whitefield Academy on Tuesday night.

NOTES FROM MY NOTEPAD…

Let’s talk about Upson Lee for a second. The Middle Georgia team is 24-0 on the season and the Knights have not really been challenged this season. Only four teams have been as close as 10 points or less on the season. No one has really pushed Upson Lee up on the ropes. Class AAAA isn’t as strong as many of the other classifications this year. Could the Knights run the table? That certainly isn’t out of the conversation.

McEachern’s freeman point guard Sharife Cooper is getting better as the season rolls along. He destroyed the Milton backcourt with his smarts and crisp passing. The Indians continue to quietly go about their business and win, win, win.

Speaking of freshman point guards, I was really impressed with Milton’s rookie floor general Christian Wright. He’s big for his position and quite poised on the big stage. Quite a promising young prospect.

Demierre Brown of North Cobb Christian could be off the recruiting board soon. The 6-foot-6 match-up problem has enjoyed a brilliant senior season. He’s getting close to a college decision.

Chuma Okeke is having one of the best senior seasons of any player in the country. He just keeps getting better and better. Truth be told, he should be a starter as a freshman for the Tigers and could be the anchor of Bruce Pearl’s program in the short future. He ripped down 28 rebounds against Pebblebrook on Tuesday. Twenty-eight.

South Atlanta has not lost to a Georgia team this season and only lost one game on the season. The Hornets, as usual, are senior strong and pesky as heck on the defensive end of the floor.

Our Senior Showcase on March 25 will be loaded. We are doing invite-only for this camp to help maintain the level of talent at an all-time high. College coaches from everywhere except the Division I level are allowed to attend. Should be a productive day at Etowah High School.