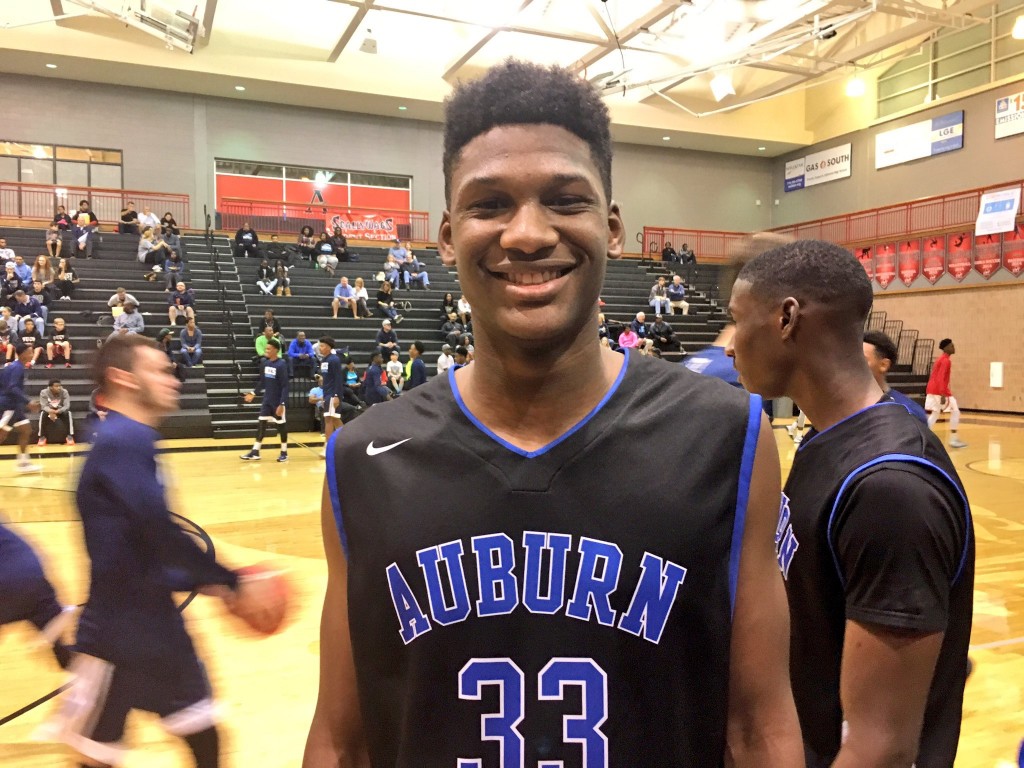 We are coming down to the nitty-gritty of the high school hoops season in Alabama. With things starting to take shape for the postseason we wanted to give a big picture look of the storylines taking place.

An unlikely Auburn big man makes a big jump, Mae Jemison continues to roll, five games to watch for on Friday night, and a notable event to catch Saturday in the Gump fill this week’s Eyes on Alabama Notebook.

Heading into the high school season, the typical Alabama high school hoops fan was aware of Auburn’s talented big man in Mississippi State signee Garrison Brooks. However, the general public was not aware of another promising post prospect in available senior Antoine Pitts.

Pitts (pictured above), a bouncy 6-foot-7 power forward, has piqued the interest of many college programs across the state with his production and potential. He brings a decent skill-set to the table with craftiness around the rim, as well as the ability to extend the floor with his shooting ability.

A young senior, Pitts is beginning to blossom at the right time. He caught the eyes of many college programs during the Christmas holiday tournaments, as Auburn participated in the Steel City Invitational and Lake City Classic in Georgia.

Since winning the Huntsville Times Classic crown over Mountain Brook right after Christmas, Jack Doss and the Mae Jemison Jaguars have been on quite a roll coming down the backstretch of the regular season.

Last week, the Jaguars played in the prestigious HoopHall Classic in Springfield, Massachusetts, where they defeated nationally renowned St. Anthony (NJ) in a 58-52 thriller. St. Anthony is led by legendary high school coach Bob Hurley. In that game, Alabama signee John Petty put together a triple-double performance, finishing with 18 points, 13 rebounds, and 10 assists in the victory.

Last Friday night, the first edition of the Mae Jemison-Lee-Huntsville rivalry took center stage and it ended up being a memorable one. In a 68-37 rout, Jaguars’ head coach Jack Doss earned his 800th career victory. He is the fourth coach in AHSAA history to reach the milestone mark.

FIVE GAMES TO WATCH FOR ON FRIDAY 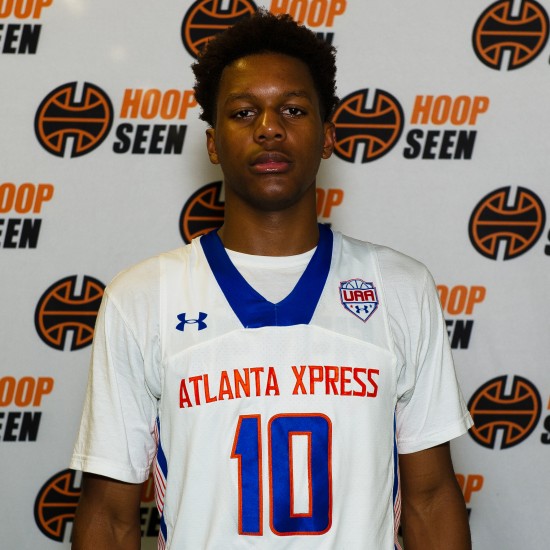 Cordova at Pelham: You don’t see many games like this late in the year, but, nevertheless, Cordova, one of the top teams in 4A, will travel to Pelham to take on the Panthers. Isaac Chatman and Jayce Willingham vs. Alex Reese and Justin Allison. It should be a doozy!

Mae Jemison at Lee-Huntsville: As we noted above, Jemison demolished the Generals last week. This week, Lee-Huntsville will look to defend their home court and come out with a big win. Mark this top 5 matchup in 5A on the calendar.

Barbour County at Eufaula: You won’t hear much about this game, but in the area, it’s a HUGE one! Eufaula features 2018 point guard Tony Johnson, while Barbour County boasts freshman Willie Screws. There’s bound to be some fireworks for this one.

McGill-Toolen at Baker: If you like athleticism, look no further than this game. McGill-Toolen has been a staple Final Four contender for the past few years, but Baker has a scrappy squad that could cause some problems. The people of Mobile will love this one!

BE SURE TO CATCH IT SATURDAY…

If you’re anywhere close to Montgomery on Saturday, be sure to slide by Faulkner University for three stellar games. Youth-N-Action presents the Capital City vs Magic City Showdown, which boasts three top five teams in 7A, along with a top 10 team in 6A.