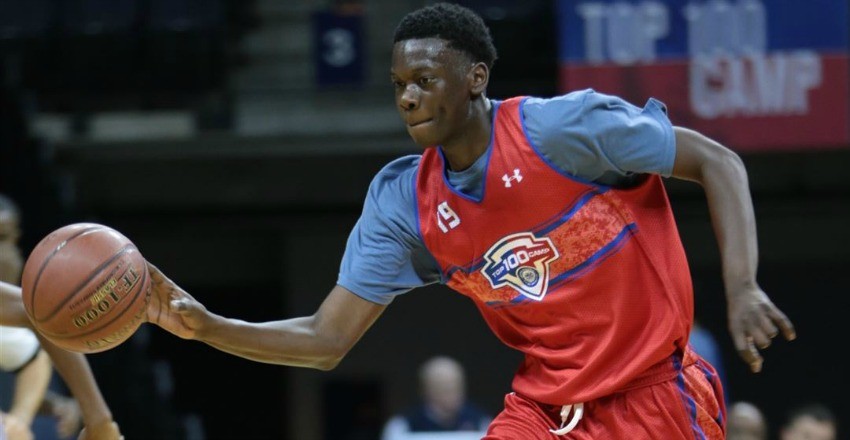 Now that there is less than three weeks to go before the new college basketball season kicks off, it is time to forecast some of the top newcomers to the general public. Sure, guys like Jayson Tatum at Duke, Josh Jackson at Kansas, and Dennis Smith at NC State have received a ton of praise from the national media, but who might be some of those flying under the radar, that, with the right opportunity presented to them, could immediately jump out and become a well talked about name?

The Atlantic 10 Conference has been one that has only strengthened through the years. Sure, the losses of Xavier and Butler hurt the league some, but the additions of Davidson and VCU along with steady play by the likes of Richmond, St. Joe’s, Dayton, and Rhode Island has only added further to the depth and power from it. Whether you want to place the conference under the high-major umbrella, or as a mid-major league, that is up to you but regardless, we take a look at some of the top incoming talent from the 2016 recruiting class and those that could produce straight out of the gates this winter.

It would be difficult to not find a place for Chris Baldwin here as the 6-foot-8 center out of Massachusetts selected the A10 bunch over a plethora of high-major suitors and because of it, should make a name for himself early on during his college playing career this winter. A hard playing big man that is one of the best rebounders from the 2016 class, there is always a need for a guy like Chris Baldwin. He should be the one to pummel opponents within the interior and cause some damage not just on the glass, but also as a rim protector and as someone that can score with efficiency in the lane, thus adding further to his package of abilities as an immediate presence at UMass during his freshman campaign.

There may not be a bigger hole to fill and a better opportunity to leave a lasting imprint on an Atlantic 10 program this fall than that which has been presented for Charlie Brown. After taking a year to prep last winter at St. Thomas More in Connecticut, Brown is the ideal small forward that will be leaned upon to fill the shoes of Atlanta Hawk first year player DeAndre Bembry. Sure, asking a freshman to replace the giant gap of a now NBA ballplayer will be difficult but Brown is not short for talent or versatility. After impressing with improvements in his overall skillset and jumper last year, look for the Philly native to touch various parts of his stat sheet at St. Joe’s this season and down the road, become the go-to guy for Phil Martelli’s bunch at St. Joe’s.

The 2016 recruiting class at Rhode Island was one highlighted by the amount of steady and physical big men that Dan Hurley and his staff were able to track down. Three pieces down low were added but let’s not forget about Jeff Dowtin, the 6-foot-3 guard from the Washington, DC area that has won both on the travel and high school scenes. Completing a deadly combo in the backcourt for the DC Blue Devils alongside five-star Washington freshman Markelle Fultz, Dowtin has more than enough talent in his own right to make some noise at URI this year. The backcourt is quite loaded but with the versatility to play on and off the floor and someone that has produced every step of the way, look for Dowtin to cause major headaches early on during his stay in Kingston.

The 2016 recruiting class for UMass was, quite possibly, the best crop of talent accumulated ever since John Calipari roamed the sidelines in Amherst. Derek Kellogg and his staff went to work early but the gem of the five-person class comes in the form of top-50 guard DeJon Jarreau. Beating out the likes of LSU and Miami for the jumbo lead guard’s signature, Jarreau will be leaned upon early at UMass. Using his quick first step, extended length, and southern toughness, Jarreau will immediately become the face of the UMass basketball program and in doing so, jumpstart Kellogg’s bunch for future success on the hardwood, though they may still be one year away from becoming NCAA Tournament contenders and threats for a deep run in March.

This one is sort of easy as DeRiante Jenkins, a top-50 recruit from the state of South Carolina, is the highest rated commit for the non-power conference realm, which is if the Atlantic 10 can even be considered as such. VCU, known as a dangerous team to beat regardless of who is at the helm, will lean on Jenkins for his versatility on both sides of the ball, but more so, for the matchup issues that he will present straight out of the gates. One of the most acclaimed and talented prospects that the A10 bunch has ever landed, get used to the name Deriante Jenkins as the the 6-foot-6 wing-forward type will be an issue for years to come and someone that can do whatever it might take for his squad to enjoy success on the playing floor.

While talk surrounding the George Washington men’s basketball program hasn’t been the best of late, thanks to a quality 2016 recruiting class, there still are some things to look forward to in DC. The headliner of the class and one of the best rebounding freshmen in all of the land, look for Kevin Marfo to make some major noise early on at GW. Sure, Tyler Cavanaugh will be the go-to presence within the interior this winter but Marfo’s assertiveness on the glass along with his blue-collar mentality will make the big man an immediate producer for George Washington and one of the top rebounders in all of college basketball in the years ahead.

Guard play has not been much of an issue for the Dukes in the past. While they will need to quickly regroup and find the proper replacements for now graduated stars Micah Mason and Derrick Colter, the need for production in the frontcourt has consistently doomed Duquesne in past years. After the recent and surprising transfer of LG Gill, the need for someone that can space the floor but also bring some versatility to either side of the ball is in need. Enter Isiaha Mike. Word from the Bluff is that the Canadian forward has been very impressive thus far and while the growing pains may be intense early on, look for the talented and highly potent freshman forward to make a name for himself early on within Atlantic 10 play and build upon it during his sophomore campaign.