Weekend Forecast: Visits and a commitment to ensue 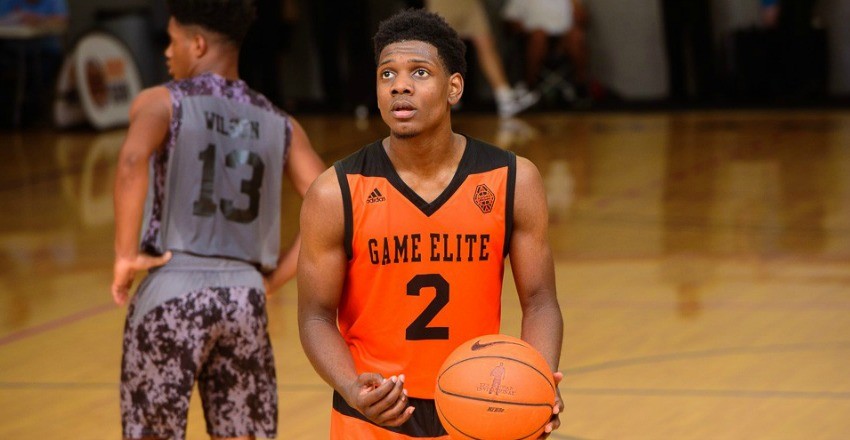 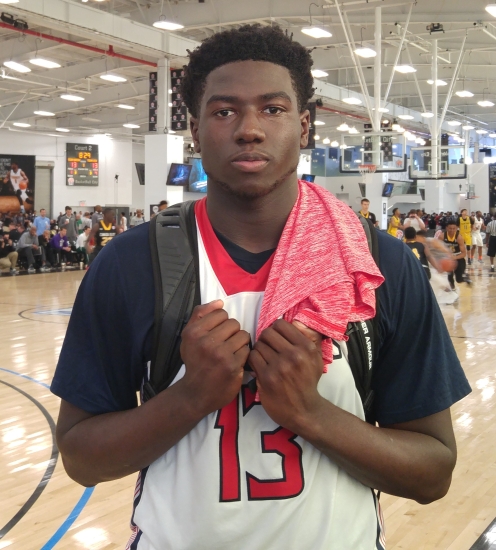 The school year has begun for some but this really the last weekend that colleges won’t be going full steam ahead before classes begin and the full allotment of its study body check into their dorms. Hence, this is the final weekend before a bevy of official visits take place but there are still a few things to keep an eye on as a commitment is set to ensue, Georgia hosts its top guard recruit in the 2017 class, and Michigan brings in some of the best talent out of the Midwest.

Much has been made about the talent on the Florida Vipers 17-under squad this past summer. Anthony Polite and RaiQuan Gray, the latter recently committing to Florida State earlier in the week, have received most of the pub but the guy that kept everything intact was Jerald Butler. The strong and thick bodied forward is more in your play making variety. He is an unbelievable passer of the ball and someone that can be used at various spots on the playing floor. While he does need to shoot it more consistently, he does hit when given the time and spacing where his motor is never in question.

There are some similarities to Draymond Green, both physically and with each of their playing styles. Both have been labeled tweeners but both also have unique abilities and infectious personalities as they love to compete on the playing floor.

The end has come for Butler as he will make his verbal commitment on Friday at 11:15am. He has only visited one school officially, that being the Butler basketball program last week. Others that remain in the hunt include Virginia Tech and Vanderbilt but it would seem that the Bulldogs are the favorites for the Sunshine State native.

There are some similarities to former Butler star Roosevelt Jones with the 6-foot-5 forward where both can do some things with the basketball and have an old school type of game that is difficult to guard. Whatever the case, Jerald Butler’s commitment might not receive a ton of national praise but three or four years from now, it could go down as a solid coup for wherever he calls home.

After visiting Louisville last week for an official visit, Darius Perry will remain on the trail as he will take his second official visit to Georgia beginning Thursday evening. The in-state recruit has been a priority for Mark Fox and his staff in recent years and keeping the top tier guard within its state’s borders is a must for the Bulldogs.

A capable elite on-ball defender that has grown into the lead guard spot, Darius Perry is a great athlete that flourishes whenever the game speeds up. While he does need to work on his decision making and the consistency on his jumper, going back to the defensive end of the floor, the 6-foot-2 senior can annihilate an opposing unit with ball pressure exerted all throughout the court. He already sports a college ready body and is someone that could be plugged in and bring some energy to the backcourt from the get-go.

While Perry did speak on a possible visit to Georgetown and Texas A&M in the coming weeks, there has also been whispers about a commitment that could ensue in the coming days following his visit to Athens. Georgia and Louisville have been the perceived leaders for the Wheeler High star over the past few months and once Sunday comes and Perry returns home, a commitment could take place. Georgia may have the best shot in landing the guard’s signature but it is also difficult to hedge our bets against Rick Pitino and his Cards bunch but the idea of playing the point straight out of the gates may be difficult to say no to when it comes to staying at home and suiting up at UGA.

MICHIGAN LOOKS TO THE NOW AND THE FUTURE

One of the top wing prospects out of the Midwest, Justin Smith will head to Michigan this weekend for an unofficial visit. The 2017 Illinois native is a major athlete at the basket where the 6-foot-5 wing has the quickness that would allow for him to guard various spots in college, bringing with him two-way value on the playing floor. Consistency has been a need of Smith’s in past viewings but the talent and physical tangibles with the Stevenson High prospect is in tow.

Villanova and Stanford seem to be the two schools to beat for the Mac Irvin Fire star but getting the regional recruit on its campus this early in the fall recruiting calendar cannot hurt the Wolverines cause. While they did just land a combo forward type in Isaiah Livers and have two guards already headed to campus next fall along the lines of Jordan Poole and Eli Brooks, the Big 10 bunch is definitely in need of a wing that can play make some, score it, and defend, all of which Smith can do. While a commitment should not come for some time with him, the coming days could be a stretch that allows for Michigan to gain some ground with the top-100 wing.

In the meantime, John Beilein will also play host to a top-100 forward out of the 2018 class in Jerome Hunter. The 6-foot-7 forward out of the Buckeye State has been a revelation of sorts lately and after picking up an offer from West Virginia last weekend during his time spent on campus at the Big 12 program’s elite camp, an offer from UM could come on Friday during his own unofficial visit. The recruitment process is just beginning for Hunter but he is the type that tends to excel in Ann Arbor where he could end up becoming a priority for the Wolverines moving ahead.

Stanford is set to play host to one of their top targets in the 2017 class as Alex Barcello will head to campus on Saturday for his second official visit. The Arizona native originally visited Butler for his first official visit at the beginning of the month where the high academic but tough-nosed guard has laid his hat on his scoring prowess from off the bounce along with his facilitating and play making prowess within the half-court offense. A commitment is not expected but Stanford does seem to be in a good spot for the west coast recruit. Before Barcello gets to campus, 2018 big man and a prospering name out on the west coast, Jack Wilson, will head to Palo Alto.

RJ Cole, a 2017 combo guard type and a major shooter of the ball out of the St. Anthony’s basketball program in New Jersey, will take an official visit to Boston University, one of his five finalists on his list.

The need for a facilitating guard that can take care of the basketball has never been more important and with the litany of smaller lineups placed onto the floor, programs have tracked the point guard crop more hastily than in past years. Arizona State will play host to an under the radar but sturdy piece out of the Peach State this weekend when Jordan Goldwire takes a trip to the Pac 12 program.

Two of the top prospects out of the Sunshine State head north a tad as Georgia and Georgia Tech host 2018 lead guard Rondo Segu and wing Nassir Little.

One of the top guard prospects on the west coast, David Singleton will head to the desert this weekend for unofficial visits to both Arizona and Arizona State.

Columbia will host a tough and well-built scorer of the ball in 2017 wing Jake Kuhn on Saturday for an unofficial visit.