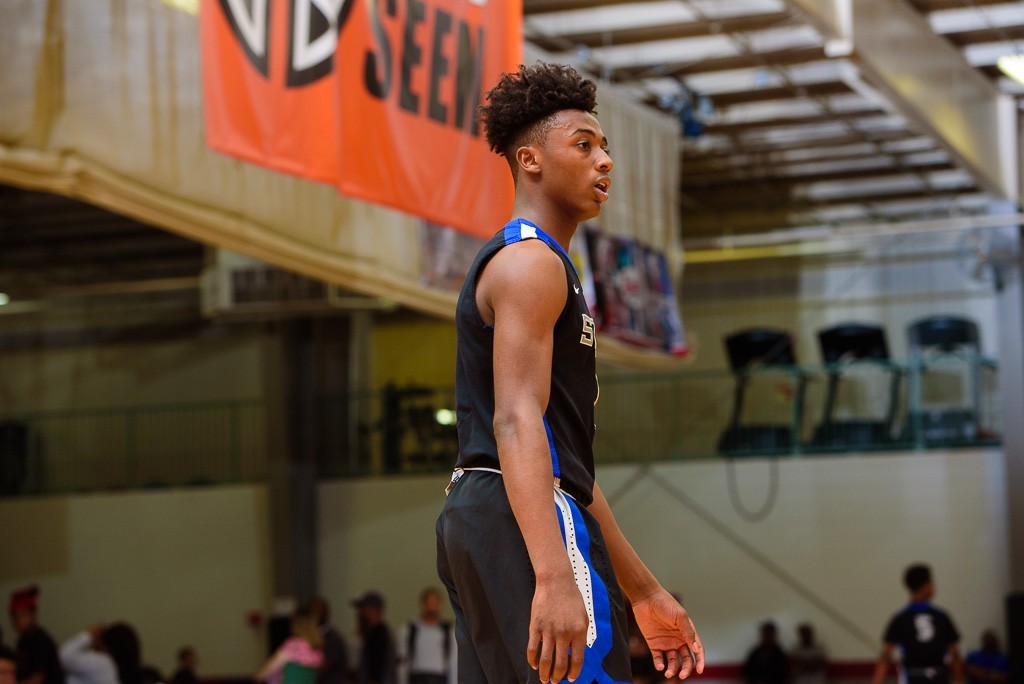 Georgia Stars and Newton (GA) 2019 point guard Ashton Hagans made a huge impact with his play this spring. He opened a lot of eyes during the live period, and he continued his good play all they way down the stretch of May as well, collecting a multitude of offers and interest.

“I was excited when I got the offer from Florida State and the Georgia schools,” Hagans told HoopSeen.

Hagans does know that it is still a long process, and a decision is still down the road, however.

“I want to go somewhere that is going to put the ball in my hands and let me get my teammates involved. I also want to have a good relationship with the coaches,” Hagans said. “When it comes time, it’s going to come down to having a talk with my parents and my family as well,” Hagans added.

That family also includes former Georgia standout Trey Thompkins, who was an All-SEC performer and an NBA draft pick in 2011.

“It’s definitely a possibility,” Hagans said about the opportunity to follow in Thompkins' foot steps at Georgia.