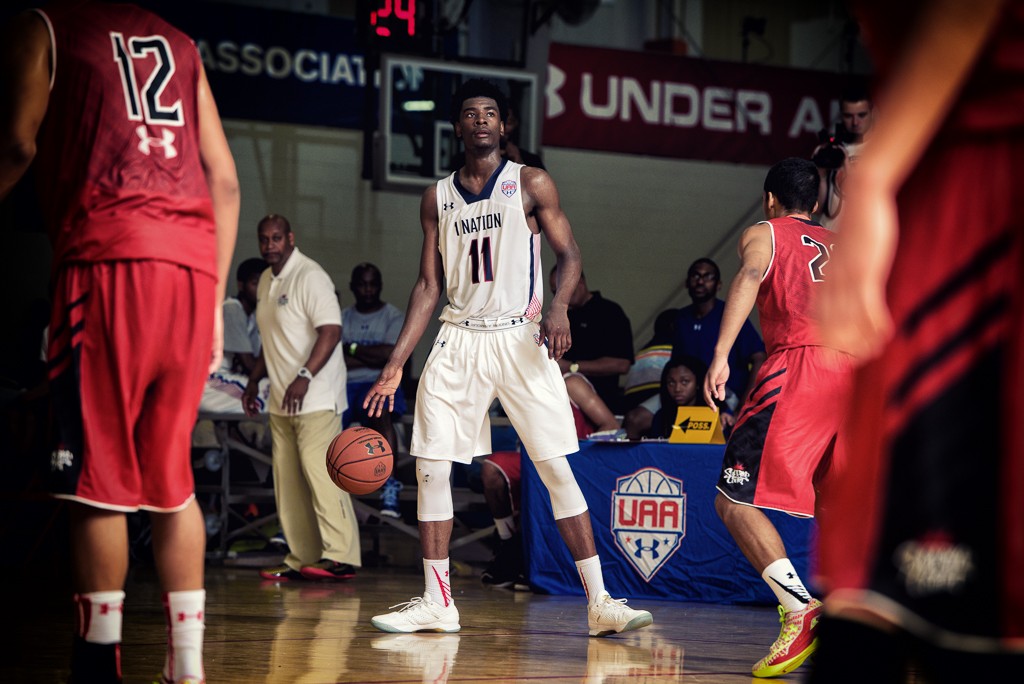 In just a matter of days, the travel season will be full steam ahead as college coaches from every level will be able to get out and evaluate some of their top targets in the coming years beginning Friday evening at 5pm. Until then, there are still a number of seniors who have yet to decide on where they might attend in the fall. A few could change the entire landscape of the college basketball season and in sorting through the HoopSeen Top-125 2016 Rankings, we bring you up to date on each of the prospects recruitments and where each might land.

The top recruit still left on the board and sitting at the third spot within our 2016 rankings, Jackson is one of the most devious defenders that the high school ranks has seen for some time now. The 6-foot-7 3-man can practically guard all five spots on the floor and has had comparisons made between himself and Tracy McGrady. With previous reports that he would be committing in the coming week, Kansas seems to have the upper edge on the five-star recruit, with Michigan State and Arizona still battling it out for his services. 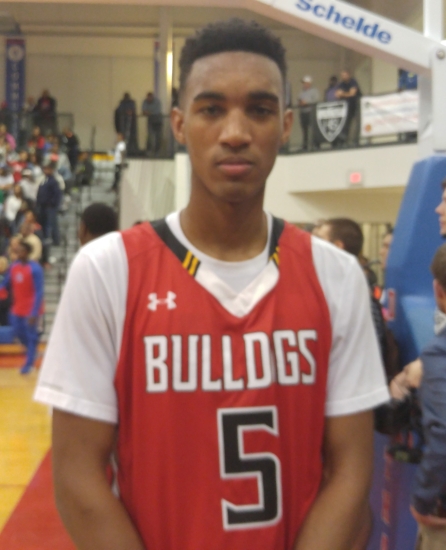 A one-time Alabama commit, Ferguson is the definition of the super valuable 3-and-D type at the small forward position. The bouncy senior can extend the defense with the deep ball, a jumper that he can hit out to 24-feet out and with consistency, but just as he showed last summer on the international circuit, is capable of locking down either wing spot on the perimeter. Previous feelings were that T-Ferg would be heading to Arizona but now with Allonzo Trier returning to Tucson for another season, it seems that Baylor, Kansas, and UNC have a fighting chance with him as he will take an official visit to Chapel Hill in the coming days.

Bolden may be the best back to the basket big man in the ultra-talented 2016 class. He can score over either shoulder out to 10-feet and has the perfect tangibles for the professional ranks. While a consistent motor and production is something that Bolden needs to continue to work on, there is no questioning the Texan’s upside and talent base. Down to a final three of Kentucky, Duke, and TCU, expect for a commitment to occur within the next few days and it to be a lethal battle to the end between the two bluebloods involved.

Allen is not one that enjoys the spotlight and the fact that he has drawn out his recruitment this long speaks more towards not wanting to pick a final destination and say no to other coaching staffs that have sacrificed so much time in recruiting him. Regardless, Allen is a skilled back to the basket big man with ideal size for his spot on the floor and one that any school would love to have for next season. A native of Austin, Texas, the Longhorns have gained more and more ground throughout the winter months with the local star, staving off such others as Kentucky, Houston, Notre Dame, and UNC for him.

Back on the board after having signed with the Memphis Tigers, the departure of Josh Pastner to Georgia Tech changed things a bit for Moore. The 5-foot-11 guard is the definition of a gamer as he can take over contests with his perimeter scoring prowess along with his defense on the other end of the floor. California, Illinois, and a few others were heavily involved with Moore back in the fall but expect for the Windy City native to see a prioritized recruitment and that from the best programs nationally since he is the top point guard now available within the graduating class.

PREDICTION: TOO EARLY TO CALL

Things have gone on for way too long with Thompson and while some believed he would be committing back in August, the 6-foot-10 big man has remained on the board and open to others. Syracuse was the early favorite and still remains in the picture, though programs like Providence, Georgetown, UConn, and Kansas have either remained or gotten involved. Thompson is an ever-improving forward with a great frame and some killer instincts within the painted area. This recruitment is way too difficult to read and while Syracuse still looks like the future home for the Brewster star, your guess is as good as mine. 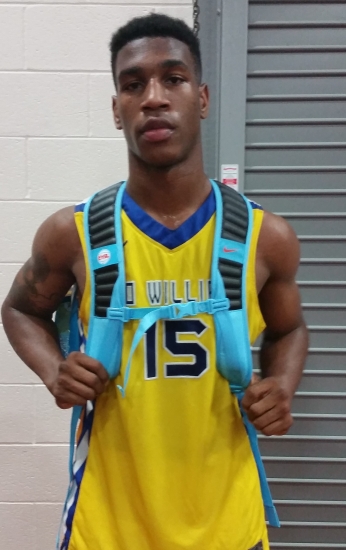 A one-time commit to Arkansas Little Rock, the Virginia native opened things back up during the early signing period in November and remains one of the best two-way producers left on the board. The chiseled and tough guard out of QEA has solidified his outside jump shot while he has remained a lockdown defender on the other end of the floor. Kansas, Missouri, and Texas A&M remain deep in the mix for Corprew, who could be deciding any day now.

Another Brewster Academy product remaining on the board and one of the best wing scorers still available, Diallo is a difficult one to read, just as well. Things have remained close to vest throughout the entire process but it is easy to see why schools value him so much. He can really get on a roll with the 15-21 foot jumper along with showing multi-positional defensive techniques on the other end of the floor. With new offers in hand from Virginia Tech and Georgia Tech for the New Yorker, it would seem that Providence and Florida, two programs that he will visit this month officially, have the best chance at securing his signature.

The younger brother of Giannis and Thanasis, the latter playing with the NBA D-League program for the New York Knicks in Westchester, boasts gigantic upside but just like his older siblings, super long limbs that make Antetokounmpo one of the more intriguing prospects available in the 2016 class. The Greek senior is far from a finished product but he is also not done growing yet as he now stands close to 6-foot-10. A play maker with the ball in his hands and with some evolving skills as a face-up and attack type at either forward spot, Florida and St. John’s stand to have the best shot with the current Dominican High product.