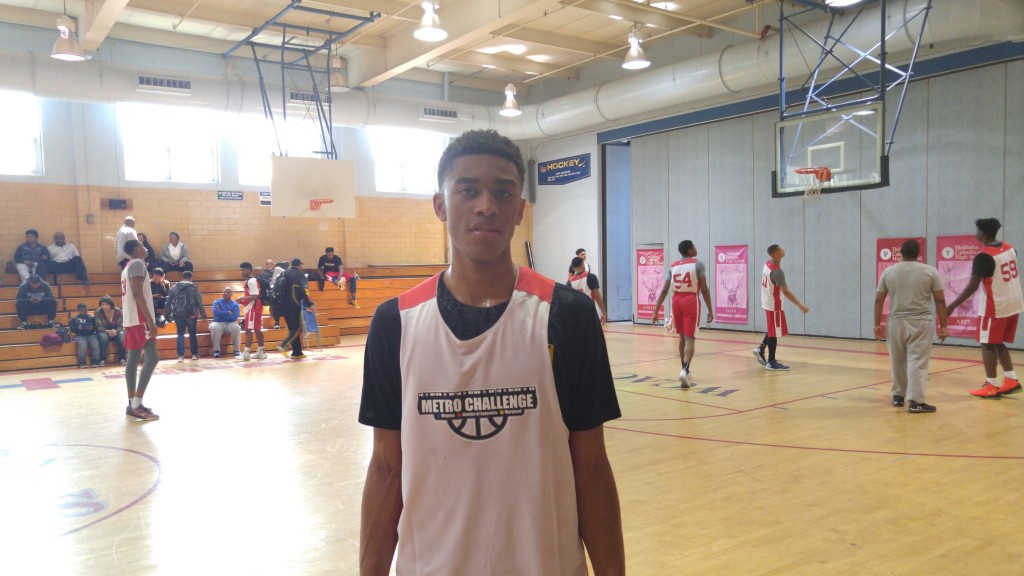 Every year, Keith Stevens and his Team Takeover crew roll out the red carpet and bring in the very best throughout the DMV in holding the Metro Challenge Top 60. This year was no different as some of the more highly recruitable prospects laced up their shoes and got a sweat in within the confines of the DeMatha Catholic High School gym. While many had their moments, it was a few that stood out from the rest of the fray. We look at what was learned during the one-day event this past Saturday.

It is becoming ever-apparent just how important it is to have to a quality lead guard who can run one’s offense. Sure, the distributing role has been reduced within the past few years but what hasn’t has been the necessity to have the point guard take care of the basketball and furthermore, make the proper decisions with it. In the upcoming ranks, the Washington DC area has more than enough solid prospects that should entice various levels of college programs to the local gyms throughout the region.

Chris Lykes already boasts such offers from Villanova, Georgetown, and Notre Dame, where the diminutive floor general doesn’t showcase the ideal size at the point guard position, but his heart, toughness, and alpha-dog mentality more than makes up for things. All day long, the 5-foot-6 product out of the Gonzaga College High program, got to the bucket, hit long range jumpers, and displayed energized on-ball defense; expect for his stock to continue to soar this summer.

Aaron Thompson, just like Lykes, is a member of the Team Takeover crew and also within the 2017 class, seems to have hit the next level with his game. The lefty showed off a great change of gears dribble and was more productive in the lane compared to previous viewings. A solid two-way producer, Thompson is set to become a high-major priority within the proper systems as he recently picked up an offer from Pitt’s new head coach, Kevin Stallings.

Prentiss Hubb already holds offers from Maryland, Cincinnati, and Xavier where on Saturday, it seemed as if the DC Premier prospect had grown another inch or so and also settled into becoming a distributor with the rock in his hands. The southpaw is still a solid scorer of the ball but it was his ability to rack up several assists in each of his contests that really impressed those in the crowd.

Albeit on the smaller side of things and not as strong and compact as the previously mentioned Chris Lykes, Jared Bynum raised many eyebrows throughout the day on Saturday with his heady play making skills and production with the rock in his hands. The 5-foot-8 sophomore sees the game well beyond his years as he made all the right decisions in the backcourt and should gain some traction this summer with the DC Blue Devils program.

ANTHONY DURUJI MAKES A NAME FOR HIMSELF 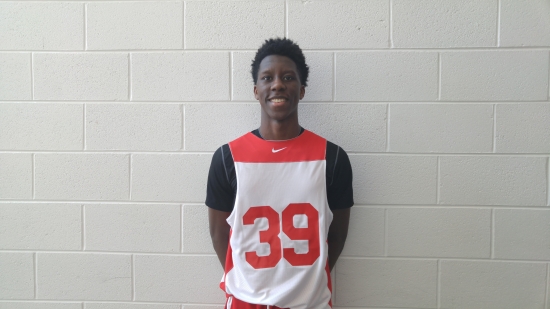 Every year, the Metro Challenge gives a platform for a prospect to really take his game to the next level and impress the scouts and media in attendance. This year’s event showcased a ton of talent but it was Anthony Duruji that took the stage by storm.

A 6-foot-7, do it all type in the frontcourt, Duruji is more of a face-up power forward but it his athleticism and toughness, to go along with his polished motor, which stood out throughout the course of the day on Saturday. Watching Tyler Roberson help his Syracuse bunch make a run to Houston this week to play in the Final Four, there seems to be a lot of dimensions between the Orange star and Duruji. The junior forward is at his best grabbing the ball off of the defensive glass and in leading the break where he can then finish with highlight dunks. The Team Takeover product, who will start at the 4-spot this summer on the EYBL circuit, is a premier athlete and while he has a ways to go with his overall skillset, VCU and Louisiana Tech are the two highest offers to date, a list that should change immensely next month playing in front of a throng of college coaches each game during the open periods in New York City and Indianapolis.

Guard play tends to dominate a camp setting; it is almost like clockwork. However, whenever a big man hits the floor and is willing to scrap and claw for every chance to contribute to his team’s success, it is hard to not take notice of what you’re looking at.

Collin Nnamene, a 6-foot-9 big man out of St. Albans School, made a giant name for himself where he ran the floor with a purpose, finished at the basket, but more importantly, was the hardest playing ballplayer all day long. He is a premier shot blocker who changes everything at the basket and even when he doesn’t jump to block an opponent’s shot, he still changes the attempt by just being near the ball.

A skilled, versatile forward who is blossoming into a well-worthy recruit for the higher levels, Bryce Golden displayed quality production skills during his time at DeMatha. With a brother headed to Richmond in the fall, Golden may have an even better basketball ceiling as he is willing to bang around down low for positioning and the loose ball, but can also play facing the basket as a worthwhile high-low presence and in hitting the pick and pop 3-point jumper; keep an eye on this sophomore forward.

Lastly, it was Brennan Jackson that caught our eye as a late addition to the event. A native of the Harrisburg, Pennsylvania area, the 6-foot-8 big man was super physical within the trenches and did a fine job of setting the tone within the interior. While his physical conditioning needs improving, Jackson was a two-way producer as he scored the ball from 15-feet and in, rebounded his area, and was a solid rim protector on well-timed leaps near the rim.