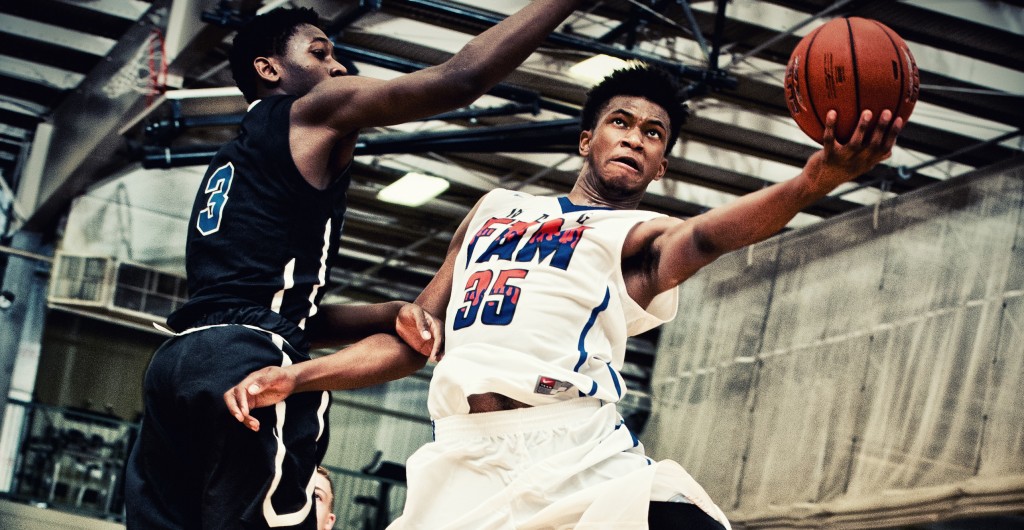 While the 2018 class doesn’t look to be as good as the prior two classes may be there still is some talent atop of the rankings. In producing our very first top-50 HoopSeen 2018 Rankings, a lot will definitely change in the coming years before the current sophomore class graduates in taking their talents to the college level. It may be difficult though, for the top prospect on the board to be knocked off the totem pole that he sits at unless others develop swiftly and present themselves from the rest of the fray. 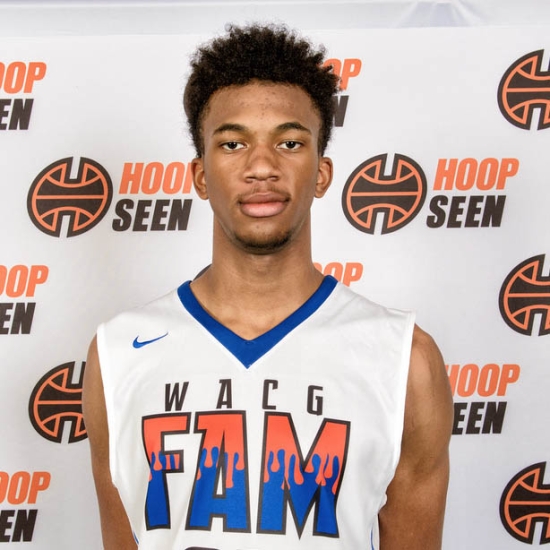 Quite possibly the best high school prospect in all of the land, regardless of classification, is a prospect out of the Phoenix, Arizona area. Marvin Bagley III, a multi-dimensional, 6-foot-10 southpaw with ginormous upside and talent in tow, is quite the watch already. He can extend the defense with the turn and face mid-range jumper, lead the break following the defensive rebound, and also act as a rim protector down low. At best out of the short corner region on the floor, Bagley is all that and a bag of chips and there is some separation between himself and the rest of his peers within the 2018 class.

Silvio DeSousa follows suit as the number-two ranked prospect within the HoopSeen 2018 Rankings. The lethal finisher at the basket is deceptively skilled from 15-feet and in but where his value comes into play is within his ownership of the paint. You can hear the Angola native from hundreds of feet away because of the rim-punching dunks that he showcases along with his physical, violent way of playing the sport of basketball. Displaying shades of a younger Shawn Kemp, DeSousa is a walking double-double who gets it done each time out due to his strength, motor, and killer demeanor in the paint.

The top guard prospect sits at the third spot as Javonte Smart gets the nod. The Louisiana native brings ideal size to the lead guard spot where the shifty and super aggressive sophomore loves to attack to the basket where he can finish with crafty conversions in the lane and an ever-improving mid-range game that he incorporates solid pull-ups and floaters from 15-feet and in. While his outside jumper remains a work in progress, there is a lot of current Denver Nuggets guard Emmanuel Mudiay in him. Maybe even more developed within the half-court setting than the former five-star recruit at this stage in his high school career, Smart is a premier prospect in 2018 and rightfully sits within our top five.

As we roll down the rest of our elite group, Romeo Langford, a quickly improving and devastatingly premier scoring guard out of Indiana, sits at four. Following him is California native and deeply polished big man Jordan Brown. DeSousa’s high school teammate at Montverde, Simi Shittu, slots in at the sixth spot, as the Canadian big man flourishes in the open floor but is solid high-post asset within the half-court setting.

The top six spots are pretty well solidified and while Nazreon Reid has been a relatively well-known name now for some time and sits at the eighth spot within our rankings, the other three are just beginning their own stories in the national spotlight.

Elijah Weaver was a practical unknown a few months ago and still is for most of the nation but get ready to hear much more about the Sunshine State native. The seventh ranked sophomore in our rankings is a deadly distributor of the basketball and already sports a college-ready body. Built with a Herculean physique, the lefty sprays the rock everywhere in making others better in the half-court setting. He can take over whenever needed as the lefty has alpha-type abilities so expect for the guard, built like a linebacker, to blow up this spring running with the Team Breakdown bunch.

Trailing Naz Reid is two wings that bring ideal size for their respective spot on the floor. At number nine is Keldon Johnson, the younger brother of current Georgetown freshman forward Kaleb Johnson. The 6-foot-5 swingman is an effortless scorer of the basketball and has already shattered a few scoring records within the state of Virginia. He has gotten much more athletic and is one of the more polished, three-level scorers of the basketball that one will find within the 2018 class. Right behind him and closing out the top-10 is a relative unknown at the moment but boasts huge upside and versatility. Having grown close to 6-foot-7, Zion Williamson should see his stock explode this summer. He can score with his back to the basket on the post-up but has some James Harden characteristics to him on the slash and score at the basket. While his father is a Clemson alum and former player at the ACC program, look for Williamson to become a priority recruit for the top programs nationally in the years ahead.

There are only three commitments received so far from members of the top-50 of our rankings, the top one coming from Rechon Black, a slippery, wiry 6-foot-7 point-wing type who has given his verbal to the University of North Carolina.

The depth in the 2018 class isn’t great compared to others but the top-10 and few that follow should be able to withstand some punches and represent the group as a whole in a commendable manner. Until then, these next few months should give a great opportunity and platform for many others to escape from the abyss and make a name for themselves on the travel circuit.