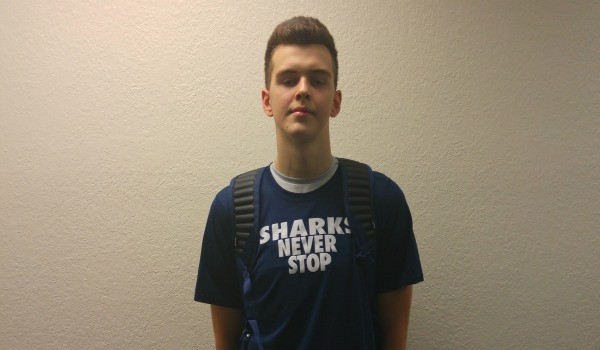 Who is Balsa Koprivica? One of the best freshmen in all of America. Suiting up at the University School, located in Fort Lauderdale, Florida, the 7-footer is way beyond his years in maneuvering throughout the floor and in showing off a feel and intellect out of the center spot. HoopSeen was able to catch up with the Serbian freshman this past week at the Kreul Classic where the big man gave insight on his early recruitment and his recent past.

Running alongside another five-star freshman big man in Vernon Carey, the tandem creates the best one-two punch down low within the 2019 class nationally. Most of the time, it takes prospects entering their senior year and attending a major prep program in playing alongside another elite ballplayer within the interior. Not with this University School bunch. Carey and Koprivica play very well off of each other and are able to make up for their lack of experience by exuding top of the line talent and impressive early ball skills from 15-feet and in.

Koprivica, who came over to the United States in 2012, already speaks fluent English and his game doesn’t seem to be lacking behind, just as well. He has gained a lot more mobility over the past few years and is able to exchange ends fluidly whenever the game picks up. An excellent weapon from the elbow region on down, the premier big man can pick apart the opposing defense with great vision and passing skills, is able to hit the mid-range jumper, and also score over either should in the lane and on two-handed dunks following the drop off reception.

A high volume rebounder of the basketball in and outside of traffic near the basket, Koprivica has already announced himself to the eyes of some college programs. “I have offers from Baylor, Murray State, and Georgia State,” the now Florida inhabitant said.

While he didn’t follow much of the NBA or college level before coming across the pond, there will be a lot of comparisons given to Koprivica in the coming years. Guys like Dirk Nowitzki and Kristaps Prozingis will get thrown around but with shades of Marc Gasol to him, the upside and potential from the freshman is staggering.

Planning to run with his high school teammate on the travel circuit with the Team Florida squad this summer, expect for there to be a lot more pub and attention given to skilled center who looks to be an early top-tier, five-star recruit within the 2019 class.