Potential is immense with Vernon Carey 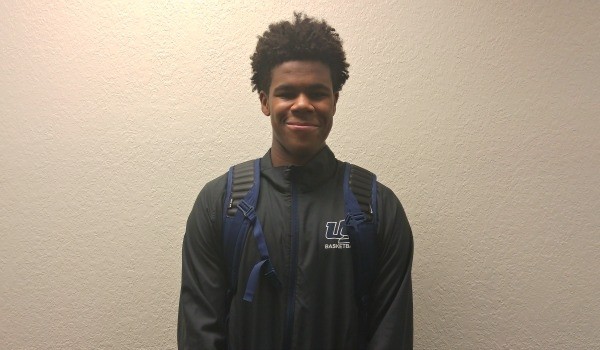 Earning MVP honors within ones bracketed play at such a prestigious event like the Kreul Classic is always a great achievement for any high school prospect. However, whenever that high school prospect is just a month into his high school career, it means that the future could not be brighter for one University School big man. Playing alongside elite 2019 center Balsa Koprivica, there is a lot of current production and even better that lays ahead for Vernon Carey, a 6-foot-8 power forward from Miami, Florida.

While it usually takes time for most big men to become accustomed to their larger bodies at such a young age, Carey more than understands how to create angles around the basket and is capable of running the floor like someone six inches shorter than his standing stature. With a motor that never turns off and an open mindset whenever it comes to accepting coaching, the upside is immense with the Sunshine State native.

Born and raised in Miami, the University School star showed off a variety of dimensions within his game throughout the Kreul Classic this past week. Great out of the high post, the lefty can hit the mid-range jumper from off the catch, is an above average passer of the basketball within high-low situations, and doesn’t shy away from contact on the hardwood. A solid rebounder and shot blocker, Carey gets off his feet well in the painted area and is good for several explosive and powerful dunks in any given contest.

Due to his already growing and impressive resume to date, a few college programs have gotten involved with the highly potent big man. “I have offers from Baylor and Georgia State,” the freshman said.

Where many model their games after NBA superstars, it is a freshman within the college realm that has taken the country by storm that Carey has taken note of. “I watch and pattern my game after Ben Simmons,” the University School product noted.

Planning to run with the Team Florida bunch again this summer alongside his high school teammate Balsa Koprivica, expect for the rest of the country to take notice of the elite duo out of southern Florida as two of the premier underclassmen frontcourt pieces throughout the land.