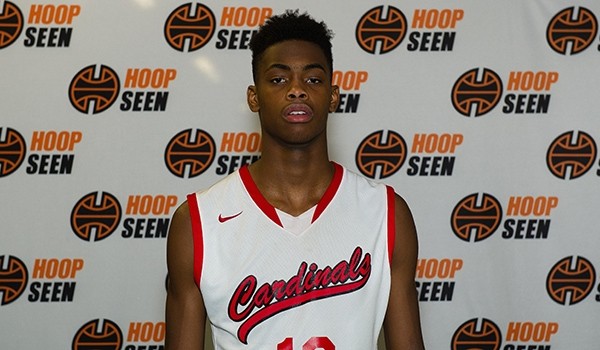 A native of East Patchogue, New York, if there is such thing as a sleeper in the 2018 class within the heart of the northeast, Isaiah Mucius fits the mold. The 6-foot-8 wing is just that. Many bigs define themselves as guards whenever they are forwards, and many forwards define themselves as wings when really they are centers. With the sophomore, Mucius has all of the ball skills in playing on the perimeter as a true 3-man who can facilitate for others off the bounce and score the ball in a variety of ways.

Headed to St. James School this fall in playing at the always successful Maryland-based program, Mucius is due to see his stock explode as the winter months approach. With great length, an understanding of the game, and playmaking skills in tow, the upside is phenomenal out of Mucius. There is some Rodney Hood to him and it would seem the potential out of the 3-man is just as good as the former Duke star.

While no offers were received until Monday, things changed as St. John’s became the first to offer the tremendously talented sophomore. Mucius spoke briefly on what the offer meant to him. “It’s a big offer for me with it being my first. I am just ready for everything that comes after this.”

There surely will be more to follow and the goals that Mucius has set for himself is nothing short of lofty, yet also attainable. “I want to get stronger and better my game, go undefeated this school season, make USA 16s, and win the Nike Peach Jam.”

Running for the PSA Cardinals 15-under bunch on the summer circuit this past year, Mucius has the chance to set himself up for a giant summer next year in playing up a year on the highest level within the 17-under bracket.

The time is right for Mucius to explode onto the scene and expect for many programs and some of the best, at that, to follow the Big East program with an offer of their own.