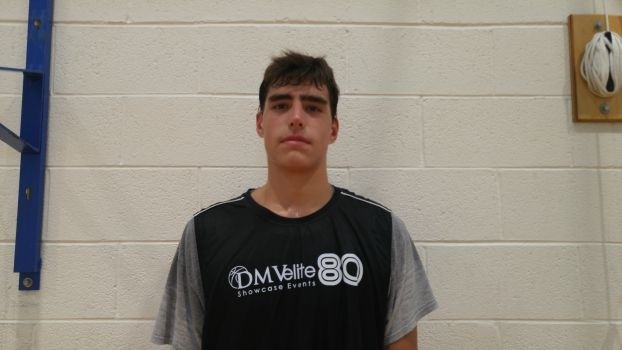 The third annual DMVElite 80 took place on Saturday and as usual, some of the best sophomores, juniors, and seniors from the DMV set foot on Wise High’s gym and went head to head in a competitive, one-day camp setting. While there were boatloads of sparkling moments throughout the day, it was like the likes of Elijah Clarance, Luka Garza, Naji Marshall, Ejike Obinna, and Chyree Walker that were the major 2017 class standouts.

Elijah Clarance, SG, St. Maria Goretti High School, 2017: A 6-foot-2 guard that laces up his sneaks for the Team Takeover program during the summer months, Clarance was a major surprise on Saturday. An entertainer on the hardwood with a set of long arms and a well sculpted body, Clarance showed two-way production as he played the passing lanes and turned steals in highlight jams on the other end of the floor. Shooting isn’t an issue either as he made a few contested shots from off the bounce where he averaged double figures on the scoreboard throughout the one-day camp and looks to be a quality sleeper out of St. Maria Goretti High this winter.

Luka Garza, C, Maret School, 2017: One, big boy! Garza acts like every rebound is his and he even wards off his own teammates by yelling that the rock is his where, on the stat sheet, the Team Takeover product averaged nearly two more rebounds than anyone else taking part in the event. The 6-foot-9 center must improve his quickness but in the throwback variety, a motor isn’t an issue for the big fella. He even has pick and pop abilities in the half-court setting where he knocked down three trey-bombs and in the right system, should really excel in clogging the lane on one end and on the other, being a major nuisance as a screen setter away from the basket and a space eater near it.

Naji Marshall, SF, Eleanor Roosevelt High School, 2017: He sliced and scored. He sliced and scored. And again, he sliced and scored. Naji Marshall is a finisher at the lid. Graced with a set of long arms and a feel for the game, the DC Premier product is best with the ball in his hands and out in the open floor. He uses his length extremely well in getting to the basket off the first step and even showed the ability to facilitate a tad in the half-court setting. Towson was the first to dish an offer out to the scorer of the ball but on Saturday, Virginia Tech jumped in the hopper in offering the fast-rising junior who is just scratching the surface of how good he can really be.

Ejike Obinna, C, Virginia Academy, 2017: Just 15-years old but with the body that can really be developed and a set of long arms and a killer mentality within the trenches, the upside doesn’t get much better with Ejike Obinna. The 6-foot-9 center at Virginia Academy is super active and involved near the basket and you have to absolutely love his willingness to dunk anything and everything with two hands in traffic. He didn’t show off much of a back to the rim skillset, though he used the upfake effectively down low, but Obinna displayed good reason for why so many high-major programs have already dished out an offer to the junior center where he was fourth in the entire camp in rebounding averages and missed just four of his 15 shots from the field.

Chyree Walker, SF, Bullis School, 2017: Remember that guy Justin Anderson, the 6-foot-5 wing that the Dallas Mavericks just selected out of the University of Virginia? Walker has so many shades of the former Wahoo with his well-designed physique, hard playing nature, and multiple position defensive abilities. Just like Anderson, the Bullis School wing’s shooting has never been a strong point for him but he has solidified it some over the past few months and with the athleticism and consistent motor already on point, Walker is capable of being a major nuisance on either end of the floor and in any given contest. The Bullis School junior finished second in points per game where he made nearly three-fourths of his shot attempts and also got to the foul line more than anyone else, which gives good purpose for why he has seen his recruitment expand over the past few weeks.