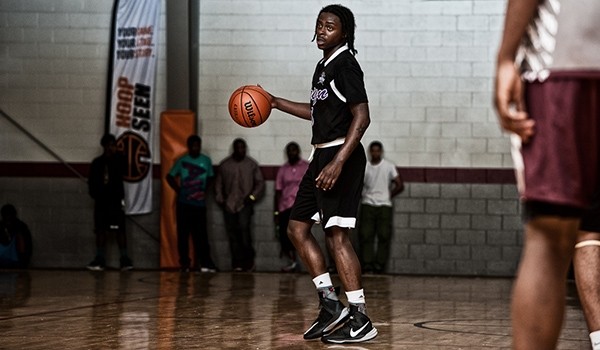 One name that has stayed hot all spring and summer long, which has created for a bevy of college scholarship offers, is Maliek White. The 2016 guard out of Richmond, Virginia, had a tremendous grassroots season running the point guard spot for the very successful, River City Reign crew. With toughness, finishing skills at the basket, and a developing jumper that has allowed for the 6’2 guard to be played off the ball some, it seems to be the time for White to dig into his recruitment.

With an unofficial visit planned for Old Dominion on Sunday, August 24, after having taken one to VCU this past Monday, White will use three of his five prescribed official visits in getting to spend quality time on a few high-major campuses.

On September 19, White will head to Pittsburgh as the George Wythe High standout will get the chance to see what Jamie Dixon and his staff can offer him.

The following weekend and on September 26, known for their gritty style of play and willingness to dig in and gets stops on the defensive side of the floor, White will head to the 513 and get a glance of Mick Cronin and the Cincinnati campus.

The third and final visit planned so far, White will stay out on the east coast and get acquainted with Providence College on October 3. With star point guard Kris Dunn on his way out, there will definitely be some playing time and an immediate opportunity to step in and leave a fingerprint early on at the Big East program.

Others that remain in the mix for the River City Reign star include the likes of Georgia Tech, South Carolina, UMass, and Temple, and while the plan is to sign early, White remains entirely open to the process.

As for what he might be looking for in a school and future home, the 2016 lead guard seems to have a pretty good idea of what is wants. “Coaches that have built a good relationship with me. I also want to go somewhere that fits my style of play and allows me to contribute early on.”

With a range of schools to look at and several visits lined up, it seems that the recruiting process is getting sped up for another Virginia native and one should expect a solid, sturdy presence at either guard spot in the backcourt for whichever home he calls fit next fall.