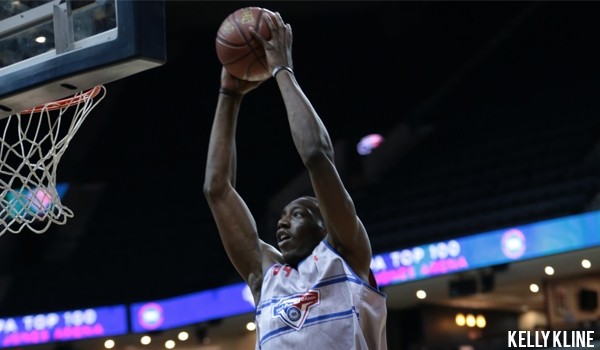 CHARLOTTESVILLE, VA - The bigs were terrific at the NBA Top 100 Camp. Who was the best of the very best at the position? Justin Young and Mike Eddy deliberated on that question for quite a while and compared notes from watching three days of action. Here’s their picks for the top big men.

Bam Adebayo, 2016, Northside (NC): You could make a case for Adebayo as the top performer in the camp. Few, if any, had an answer for him. He mixed strength and power with production and entertainment. The chiseled from granite post player did whatever he wanted on the offensive end and was rewarded time and time again for his energy and hustle. He reminded me of JJ Hickson the way he physically attacked the paint. There was no denying Adebayo in the camp setting. He was simply brilliant.

Omari Spellman, 2016, MacDuffie School (NY): The future Villanova big man had a hey day at the NBA Top 100 camp. He is a master of the seal. When he pins his defender away from the path to the goal, forget about it. Spellman catches the in-bounds pass, turns and scores. There were times at the camp where Spellman was the best big man on the floor. The 6-foot-9, 260-pound behemoth did whatever he wanted against the best shot-blockers at the camp.

Thon Maker, 2016, Athlete Institute Basketball Academy (CAN): There were two big news items regarding the long 6-foot-11 forward. 1. He’s going to stick with the class of 2016. 2. He played as well as he’s ever played. As the camp moved forward the well-traveled big man got better and better. He was one of the toughest players to defend in the field and did a lot of positive things inside and out. Maker played hard, as he always does, but also played fluid and aware. He was complete from top to bottom. Very good week of work for him.

Chris Lewis, 2016, Milton (GA): The Harvard commitment did what we have seen him do for years and years - dominate the paint defensively against grown men. Lewis did what he does best - blocked a lot of shots. He’s not going to back down from anyone. Lewis went toe-to-toe with some serious talent and made the opposing bigs work hard for buckets.

Udoka Azibuike, 2016, Potter’s House (FL): There hasn’t been a player that intimidates with physical play and power like Azibuike since the Jahlil Okafor and Cliff Alexander combo for the Mac Irvin Fire a couple of years ago. The Floridian is a master of bully ball. No one, at least not at the high school level, wants to get in his way. I’d venture to guess that 90 percent of his made field goals this travel season have were dunks. That was certainly the case at NBA Top 100 camp. On a side note, Azibuike darn near pulled the entire backboard apparatus down multiple times and seemed somewhat disappointed when he didn't achieve that goal.