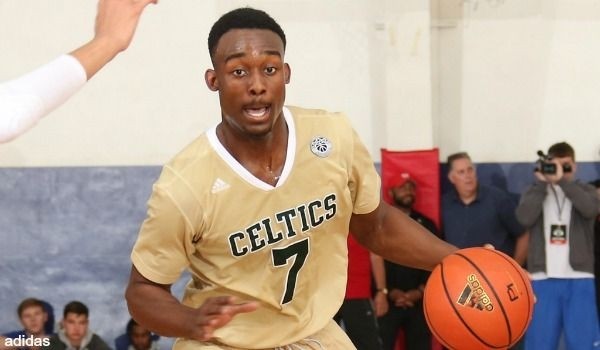 After a weekend official visit to Michigan State, 2016 Madison Academy (AL) guard Joshua Langford saw all he needed to see. Monday morning, he gave his verbal commitment to Tom Izzo and the Spartans.

"I felt like it was the perfect fit for me," Langford told HoopSeen.com. "I love what Coach [Tom] Izzo and Michigan State stands for. It's a big family. Everyone always comes back and you're always a Spartan. I can grow into a better person and player."

"Going into the visit, I wasn't expecting to commit. I had other schools I planned to visit, but Michigan State was the perfect fit."

The 6-foot-6 guard will fit right in to the Big 10 with his size, toughness, and do-it-all ability. Langford is a triple-double threat each time out, but what has been the most impressive growth in his game over the past year has been his shooting consistency.

"I would definitely say my shooting has improved. My leadership has also improved. I still have room to grow as a leader, but my ability to handle the leadership aspect has been big, too," he explained.

Michigan State beat out a number of schools for Langford, including Arizona, Kentucky, Auburn, Alabama, and Mississippi State.

He averaged 25 points, nine rebounds, and four assists per game last season, en route to winning a 3A state championship and being named Alabama's Gatorade Player of the Year.