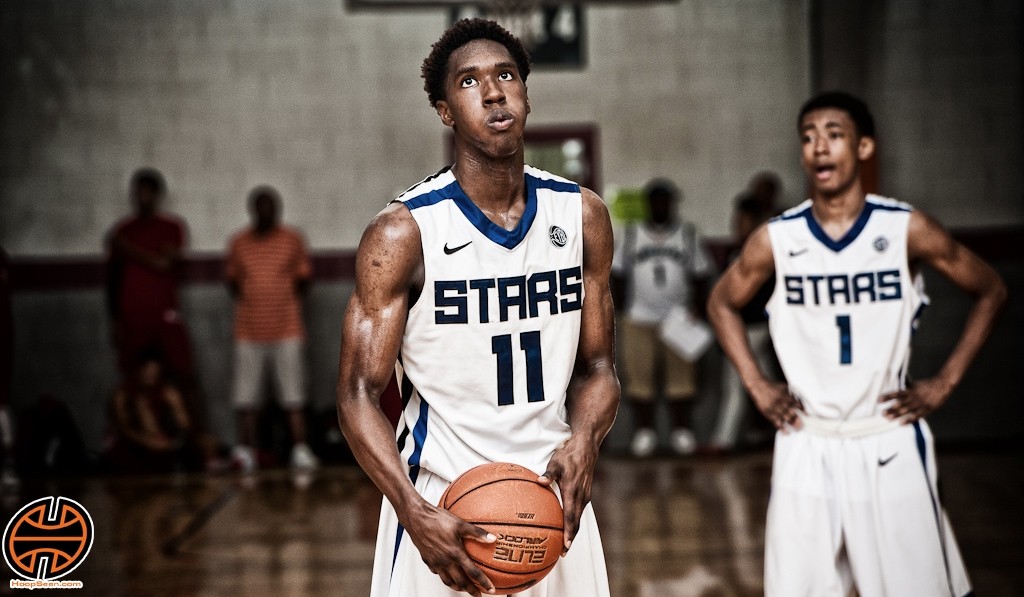 The 2015 Nike Memorial Day Classic was loaded with talent. Our staff spent two full days here at Suwanee Sports Academy and watched as much as we could from the Nike EYBL 16 and under teams. We’ll break down the top performers from the event over the next couple of days. here’s our third round of studs.

DeAundrae Ballard, SG, Georgia Stars, 2017: The talented wing player from South Atlanta put on a scoring show this weekend at the Nike Memorial Day Classic to a point where people in the crowd were giving him the nickname “Buckets”. The rising junior from SWACA has the length, athleticism, and tenacity on both ends of the court to force High Major programs to make him a priority this summer. Expect programs that put a premium on athleticism, defense, and versatility to offer early. The young man is oozing with potential & his best basketball is ahead of him. - WN

Tyger Campbell, PG, WACG, 2019: It’s easy to see why Tyger Campbell is one of the top players in the 2019 class. As an 8th grader, he played varsity alongside Braxton Blackwell at CPA in Nashville, TN. Campbell’s feel for the game is way beyond where an 8th grader should be, and most high school player for that matter. In an age of over-dribbling, Campbell uses his dribbles more efficiently than most. Campbell is a very speedy point guard that already understands how to change pace. - JB

Will Jerrell, SG, Crawford County Supersonics, 2016: Georgia’s biggest rising senior sleeper finally came back to a big stage and performed as well as he did last time he was at Suwanee Sports Academy. The star of the Fall Preview played very well in the 17 and under division of the event, proving himself to be one of the most versatile players in the field. He’s an electric scorer that can play all over the floor. - JY

Devontae Shuler, SG, South Carolina Hornets, 2017: Shuler was one of the most entertaining players to watch in the entire field, displaying a pure outside jump shot, tight handle on the ball, and ability to finish emphatically above the rim. He rebounds well from the guard position, and pushes the ball into transition, where looks to pull up from three or attack the rim. The 6-foot-2 combo guard showed that he has the talent to compete with any of the best guards in the country. He has the talent to be a top forty player in the 2017 class. - CW

Emmitt Williams, F, E1T1, 2018: This young forward had one of the highest motors in the Nike Memorial Day Classic field. Williams used his lengthy 6-foot-7 frame to rebound relentlessly and alter shots. Offensively, Williams showed signs of skills and he attempted dunk everything around the basket. He is definitely a player college coaches should be tracking immediately. - JB