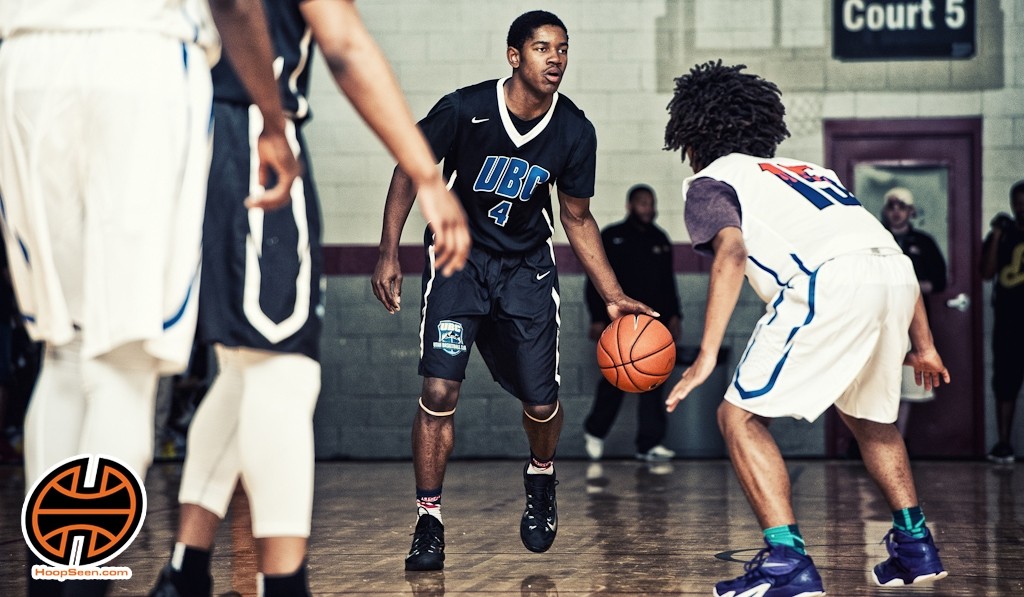 The 2015 Nike Memorial Day Classic was loaded with talent. Our staff spent two full days here at Suwanee Sports Academy and watched as much as we could from the Nike EYBL 16 and under teams. We’ll break down the top performers from the event over the next couple of days. here’s our second set of studs.

Zach Brown, C, Nike South Beach, 2017: The big fella from “The Bottom” was one of the major stars of the Nike Memorial Day Classic. Every time he stepped on the court you felt like you were watching a future First Round Pick by the way he impacted the game. He’s already a physically imposing presence in the paint but his ability to block shots, rebound, and score in the paint will make him one of the most sought after players in his class. He already has offers from just about every High Major program in the country and you can bet the bank that the coaching staffs at Miami, Florida, and FSU will make it a priority to keep him in the state. - WN

Brandon McKissic, CG, St. Louis Eagles, 2017: McKissic drew a lot of attention this weekend with his ability to score the ball from either guard position. He has a burst of speed that gives him the ability to get out in transition where he can finish in a variety of ways and is not afraid to draw contact. In the halfcourt, he showed that he can shoot it from the perimeter as well as get into the paint whenever he wants to, causing all kinds of problems for the defense. - CW

Tyler Polley, SF/PF, E1T1, 2017: It has been a lot of fun watching the development of Polley over the last couple of events here at Suwanee Sports Academy. The long 6-foot-7 forward challenges defenses with his size inside and out. He produces at both forward positions and made his impact felt on both sides of the floor. There’s an element to his game that reminded me of Thaddeus Young. Polley’s fluidity from wing to rim will need to continue to develop to meet that lofty comparison but the tools are there to possibly become a top 40 national level prospect. - JY

Christian Popoola, Jr., CG, Utah Basketball Club, 2017 (pictured above): Popoola was as consistent of a guard that I saw over the course of two days. The 6-foot-3 guard has great size at the point guard position and uses it well to see over defenders and challenge quicker guards with his length on defense. Popoola was at his best when driving straight to the rim with power drives. The lefty shined against the field and was one of the toughest backcourt players to defend in the event. - JY

Andre Rafus, F, Team Melo, 2017: He was one of the most intriguing prospects at the Nike Memorial Day Classic. The 6-foot-9 combo forward is an extremely long wing that looks very comfortable shooting and slashing from the wing. Even though Rafus is very thin, he is not afraid to mix it up in the paint. High-Major schools from all over the country are actively recruiting Rafus, and a majority of them have extended offers. He is definitely a player to track on the national level. - JB

Cam Reddish, SG, Team Final, 2018: The Team Final shooting guard has a unique combination of size, athleticism, and skill that is rare to see in a rising sophomore. Reddish is a true five-tool player with the ability to do a little bit of everything. His versatility and well-rounded skill set will have the elite high major schools all over him over the course of the next few years. - CW