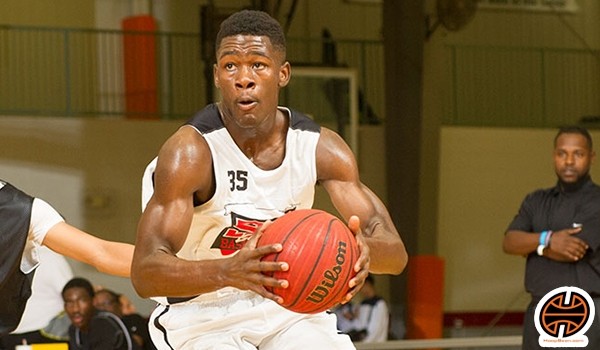 SUWANEE, GA - The Nike Memorial Day Classic rolled on and the action intensified here at Suwanee Sports Academy. Justin Young was in the gym all day and checks in with his Sunday notebook.

Devantae Shuler is as entertaining of a player we’ve had at Suwanee Sports Academy this year at Suwanee Sports Academy. The 6-foot-1 highlight reel for the South Carolina Hornets loves to three things - pull up from three, shine in transition and give the fans their money’s worth of entertainment. He’s already thought to be a top 50 guard in the class of 2017 by the national rankers. You could make an argument for an increased jump from there, too, after his play this spring.

Chaundee Brown of Southeast Elite was as complete of a player there was in the field. The Orlando native from the class of 2017 makes the most of his time on the floor. He shot well, rebounded, handled the ball as the lead guard at times and defended his position with confidence. He’s a send-the-head-coach-to-see-in-July kind of prospect.

Will Jerrell of the Crawford County Supersonics is Georgia’s biggest mystery man in the class of 2016. The small-town super scorer is coming off a dazzling junior season in midddle Georgia. A host of schools have tried to recruit him but logistics and communication have slowed down the process. While recruiters struggle to get involved, his game doesn’t slow down. Terrell is one of the most exciting players in the Peach State. He was good in an 8 a.m. game on Saturday, scoring 24 points and eight rebounds. For programs that are willing to work to find value, Jerrell is your guy in 2016.

Shamiel Stevenson of the Utah Basketball Club is making quick friends with scorekeepers here at Suwanee Sports Academy. The 6-foot-5 wing from Wasatch Academy (UT) has been on the 20-point scale all weekend long and is doing it in impressive fashion. He went for 29 on Saturday in the game we saw and did it with good aggression and determination. Stevenson will be a nice prospect for coaches to spend time watching in July. A lot of value here.

Greg James of the Southern Stampede has enjoyed a terrific spring. The 6-foot-4 class of 2017 guard from Alpharetta (GA) is emerging as a significant high school season breakout candidate. Paired against the rival Georgia Stars, James went off from deep. He drilled six three-pointers, capping off a fine spring in a game with a lot of eyeballs.

Khalil Garland of Team Penny was one of the most impressive guards we saw at the Nike Memorial Day Classic. The 6-foot-4 Arkansas native did what you like your high-level scoring guards to do - he scored at will. The class of 2017 guard is ever bit the high-major guard and should be a prospect worth recruiting hours in July.

We All Can Go (WACG) isn’t just about Marvin Bagley. Trey Boyd of Olive Branch (MS) has been very productive in the backcourt. The speedy 6-foot-1 guard made a host of plays and did a good enough job to earn a “high-majors will want to watch” next to his name on my roster book.

With a great frame spread out over a 6-foot-5 basketball body, Team Melo wing Chris Orlina will make you stop and watch just off a glance. He’s a rangy guard that has good bounce, good size and good athleticism. The pieces are there to be a nice high-major prospect in the 2017 class.

Alfred Hollins of the Oakland Soldiers 6-foot-6 wing has shot well all weekend and attacked when the defense ran out to him. The class of 2017 wing from Sacred Heart in San Fransisco went for 22 points in a big win on Saturday afternoon. Everything about him, at least in this particular game, said easy Pac-12 level prospect.

The South Carolina Raptors always have a young prospect coming up the ranks to watch. This year’s guy? How about Nick Claxton of Greenville (SC) Legacy. His coaches said he was 5-foot-11 18 months ago. Today? Well, he’s a long 6-foot-7. Keep his name on your 2017 radar in the South. Time is on his side as he develops his game. His dad was a former SEC player.

You can’t miss Connor Vanover when he walks into a gym. The 7-foot-2 freshman catches your attention for obvious reasons. Then the game starts and the long and lanky blonde-headed big man starts launching three-pointers. The class of 2018 center has already caught the attention of a number of big-time programs. Easy to see why. This will be a fun development to watch over the next three years.

Marvin Bagley’s footwork in the low post is darn near flawless. Just a freshman, the Arizona power forward danced his way around the paint to score against equal size and strength. He was the best player to play at Suwanee Sports Academy this weekend and a highlight reel that drew in fans for standing room only crowds each time out.

Davion Mitchell of the Georgia Stars is enjoying a monster spring. Built like a SEC running back prospect, the Liberty County (GA) guard is mixing in a more consistent three-point shot. That’s a problem for the rest of the field and great for Mitchell.

This concludes our in-event coverage for the Nike MDC. Our staff will roll out their top performers beginning on Tuesday.