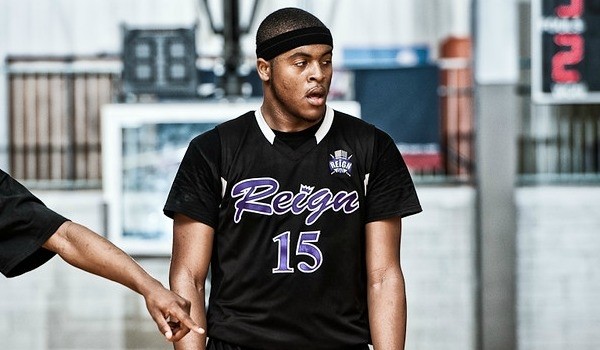 The 17 and under division of the 2015 Bob Gibbons Tournament of Champions was absolutely loaded with talent. We’ll spend the rest of the week looking at the top performers from the tournament. Here’s round 2:

Jermaine Matthews, PF, River City Reign, 2016 (pictured above): Each time I watched Matthews and the River City Reign, I came away more and more impressed. The 6-foot-8 big man isn’t afraid to get physical in the low post. He rebounded at a high rate amongst other highly rated bigs and held his own. He moves very well for his size, as his team put him in several pick-and-roll situations. Matthews has the ability to score facing up or with his back to the basket. - GT

Brison Gresham, PF, Elfrid Payton Elite, 2016: As high-major schools look high and low for big men in the South, a guy like Gresham could be - no, should be - a priority guy come July. Gresham rebounds well above his shoulders and runs the floor with good speed and agility. Gresham was easily one of the top big men in the field and went to work the minute he rolled into tournament field. - JY

Alex Reese, PF, Southeast Elite, 2017: The 6-foot-8 forward was one of the more intriguing big men in the field this year. He showed a nice inside-outside game on offense and has the length to cause fits on the defensive end. The depth at the four position in the South is deep and Reese showed why he’s considered one of the best at his position at the Gibbons. - JY

Javonte Smart, CG, Elfrid Payton Elite, 2018: Maybe my favorite "discovery" of the weekend. I say discovery simply because I hadn't seen him before. It's easy to see that Smart can play. He has size and skill on the perimeter that few prospects older than him already have. As he continues to develop a consistent perimeter jumper, I see no reason why he won't be considered an elite prospect in the future. - KK

Javien Williams, SG, Birmingham Storm, 2016: Consistent and note-worthy. That’s how the athletic 6-foot-4 shooting guard scored over the weekend. Williams has been one of the most productive scorers at all of our events this year at Suwanee Sports Academy. He attacks with purpose, knocks down shots, uses speed and athleticism to challenge defenders. Overall, Williams has proven himself as a priority recruit in the rising senior class for mid-major (plus) programs. - JY