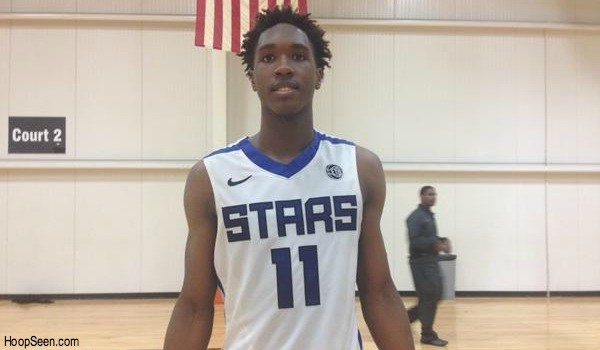 The 16 and under division came down to the Georgia Stars and Atlanta Xpress. It shouldn't come as a big surprise that our top performers from Kory Keys and Carter Wilson came from those two programs. We look back at the great NPS weekend from the 16U division.

DeAundre Ballard, SG, Georgia Stars Elite - Energy, energy, energy. Ballard brings a really high motor style of play to the table and combines it with physicality and an elite scoring ability. Ballard, who has a reputation as a slasher, lived up to that reputation getting to the basket at will, but also showed the ability to shoot the perimeter and mid range jump shot. He has also added size to his frame, adding to the physical brand of basketball that he plays. Ballard is one of the state’s elite scorers and could see attention from high majors heading into the live period. - CW

Michael Durr, C, Atlanta Xpress - I hadn't seen Durr play before, but had heard of him from his season at Westlake High School. He certainly looks the part. Durr stands nearly 6'10" with broad shoulders and good build. As you'd imagine, he also moves well and rebounds out of area well. As with any high school big man, a more refined post game will only help solidify himself as a high-major prospect. - KK

Rayshaun Hammonds, F, Atlanta Xpress - Hammonds has been one of my favorite Georgia prospects since I saw him at the Fall Preview. Standing 6'7", athletic, with more skill level than most of his counterparts, Hammonds is already solidifying himself as a high-major prospect. Even when Hammonds doesn't have his best game, he's the type of player that finds other ways to be effective on the floor. That's a quality so many others are lacking. To put it bluntly: I like this prospect a lot going forward. - KK

Danny Lewis, G, Georgia Stars Elite - The word that came to mind when describing how Danny Lewis played this weekend was shifty. The Westlake guard changes pace very well with the dribble and can put defenders on skates. He excelled pushing the ball in transition and either getting to the rim or effectively pulling up for a jump shot. Lewis scored it very well all weekend and put his name into the discussion among the top guards in the 2017 class. - CW

Davion Mitchell, G, Georgia Stars Elite - He may not be the tallest guard in the gym, but Mitchell plays much bigger than he looks. He is one of the strongest guards in the state and has quickness that, when combined with his handle on the ball, makes it almost impossible for defenders to keep him in front of them. When faced with pressure, Mitchell can go around any defender and finish in the paint among the trees. When backed off, he shot the ball from the perimeter very well. He played a very well rounded offensive game and could take the torch as the next great south Georgia guard. - CW

Ikey Obiagu, C, Georgia Stars Elite - All it takes is one look at the 7-footer to grasp his sheer size and potential, but what Ikey Obiagu is developing could turn out to be something we haven't seen in Georgia from 7-footers in a while. He's already an elite rim protecter, but where he really shines is the way he moves. I watched him chase down a player in transition to block a shot during his team's championship game on Saturday, something guys his size shouldn't be able to do. Naturally, his offensive game is still a work in progress, but the tools are there. - KK

Chuma Okeke, F, Georgia Stars Elite - I first saw Chuma Okeke at the Elite Preview just a few weeks ago and was automatically impressed. After this weekend, color me convinced. Okeke displayed a savvy ability to score off the dribble nearly at will. His pace when attacking the rim was extremely impressive. High-majors are already knocking on the door for the 2017 prospect and I wouldn't expect that to slow down any time soon. - KK

MJ Walker, SF, Atlanta Xpress - What else does the two-time state champion have to prove? It seems like he has already done it all just two years into his high school career. Regardless, Walker came out looking to keep his name among the state’s best scorers. He attacked the basket and finished with contact on a regular basis. He also showed an elite level of athleticism on a number of plays, including a huge put back slam in the 16U championship game. It was certainly a very impressive weekend for the Jonesboro guard. - CW