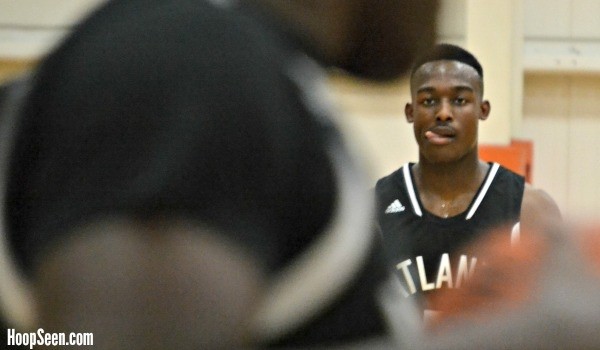 With the 2014-15 high school season behind us and AAU season beginning, it is time to update the 2016 rankings for the state of Alabama.

FAMILIAR NAME AT THE TOP

Madison Academy guard Joshua Langford has solidified himself as the top 2016 player in the state with his play over the past few years, including an impressive junior campaign that ended with his team claiming a state championship.

At 6-foot-5, Langford is a matchup problem for other guards with size, strength, and play-making ability. This season, he proved again that he can score when he wants, as well as facilitate for his teammates. The general consensus of the college coaches pursuing him concur that they love his effective all-around game that will translate to the next level.

After averaging 25 points, nine rebounds, and four assists per game this season, as well as consistently improving his outside shooting, it’s easy to see why the likes of Florida, Michigan, Michigan State, Auburn and others have extended scholarship offers to the five-star stud.

Aside from the No. 1 spot, the rest of the rankings are wide open. An argument could be made for several players to line up behind Langford, but for this edition, Mobile’s Reginald Todd holds on to the No. 2 spot.

After missing this season due to transfer rules, expect Todd’s name to draw some attention on the AAU circuit. With his high-flying athleticism and scoring ability, the junior is expected to make some noise heading into the summer.

The depth of this class goes far down the rankings, as at least 25 prospects will potentially have the opportunity to play Division-1 basketball at the lower levels. With that being said, expect a lot of low-major and mid-major programs to throw their hat in the ring for several of the talented 2016 players.

The Alabama Elite Preview was another great platform to evaluate the premium talent in the state. Fourteen campers are found throughout the list.

Javien Williams, a 6-foot-4 wing from Woodlawn High School, made his mark during his team’s playoff run. The talented athlete is an unknown to most basketball people, but a big summer awaits for him. It starts at the Atlanta Jam this weekend, by the way. Williams sneaks in at No. 5 in the 2016 rankings.

Following Williams is his co-MVP of camp, Cold Springs’ Triston Chambers. The 6-foot-1 guard is a priority for in-state programs Samford and UAB, but that list will grow this summer. College coaches love guys that can shoot the ball and Chambers can do it with the best of ‘em.

Tracey Burnett and Carleton Williams come in at No. 7 and No. 8. Both prospects will draw plenty of attention from college coaches this spring.

HOW THE RANKINGS ARE FORMULATED

The philosophy of our HoopSeen.com rankings is all about projections at the college level. How will these high school players fare at the next level? How does their game translate to the next level? What kind of lasting impact will they have at their future destinations?

Understand this - rankings (no matter where you find them) are totally subjective. There is never a right answer. They are opinions formed over years of evaluations at different settings. We look for a combination of several things - Production, potential, winning pedigree, size, how a player's game translates to the college level, work ethic, and a host of other filters.