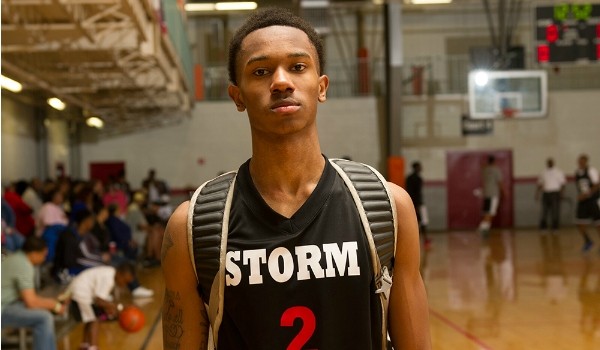 The beauty of the Atlanta Jam centered on watching players start their respective stories as a prospective college basketball player. There were a number of players that played their way into the conversation. These players from the 17 and under division fell into the category of “story starter” from the fun weekend at Suwanee Sports Academy.

Travis Bianco, SG, Nike Team Florida: Bianco had a terrific weekend of work at the Atlanta Jam. He was consistently good and helped his team claim the White bracket of the 17U division of the event. He scored in a variety of ways, has good size as a 6-foot-4 guard, shot it well and played with a good understanding of how to make positive plays. Schools in the Ohio Valley Conference, Big South and Atlantic Sun will want to get a good look at him. He reminded me a bit of Christian Terrell of Florida Gulf Coast.

Makale Forman, PG, Tennessee Bobcats: The unsigned point guard from Kingsport Dobyns-Bennett High School was one of the most productive backcourt players in the field. He shot the rock very well and with good confidence. The 5-foot-11 bowling ball powered his way to the iron at will, too. Foreman was consistent in competition and helped the Bobcats stay competitive and relevant throughout the tournament. At the right school and level, we can see him prove to be a valuable starter for multiple years.

John Fulkerson, PF, Tennessee Bobcats: The 6-foot-9 post grew on me more and more as the event pushed forward. The Christ School (NC) big man worked the baselines for slashing baskets and used his sneaky athleticism to play above the rim. He was always involved in a play and didn’t mind tangling with other big men. In the South’s class of 2016 big men talent pool, Fulkerson could be a guy that low-majors invest some time into this spring and summer.

Bollo Gahare, C, Charlotte Aces: The 6-foot-11, 240-pound paint filler was the biggest player in the field and he did a great job of making sure the opposition understood that. Gahare played to his size inside, rebounded and ran the floor well. He’s one of the biggest players we've seen this young travel season and wouldn’t be surprised to see his recruitment take on a full-time high-major flavor. While he’s still quite raw, Gahare has a lot of intrigue because of his size and ability.

Lorenzo Jenkins, Team Speights Elite: There were a number of big wings that could shoot that jumped into the conversation at the Atlanta Jam. Jenkins, a 6-foot-5 class of 2015 prospect, was one of those guys. The Naples, Florida product jumped right out with his offensive game. Jenkins was consistently good at the Atlanta Jam and should be a guy to chart into the next live period.

CJ Jones, SG, Birmingham Storm (pictured above): His teammate Javien Williams was one of the top performers from the Atlanta Jam. Williams had success in large part to the attention Jones drew in the backcourt from defenders. He directed his team with strength and purpose. The 6-foot-2 built-like-a-free-safety guard was really hard to defend. Jones attacked with speed and muscle. He passed very well and has the body type to become a legitimate defender at the next level.

Felix Rivera-Vega, Southeast Elite: Rivera-Vega exploded for 40 points and hit eight three-pointers in a game. His shot was textbook and he was high above the defense because of his long arms and good explosion off the floor. Offensively, Rivera-Vega was one of the best players in the event. His recruitment, along with a post-grad year, could take a major bump if he continues to torch the nets from three-point land.

D-Juan Taylor-Hodge, SG, Florida Tarheels: Well, hello! The 6-foot-2 athletic guard was a nice surprise on opening night and every game that followed. Taylor-Hodge was on constant attack mode and punished teams that tried to get in his way to the iron. He proved himself as a go-to scorer and could be an effective player at the college level as high as the Sun Belt Conference.

Dijon Waters, PG, Atlanta All-Stars: I’m a fan of big, strong, bully point guards. Furthermore, I like players from Shiloh (GA) High School. Mix these together and you have Waters. The 6-foot-1 linebacker will be a guy I watch further this spring and summer. Waters embodies toughness. He goes hard to the rim, plays well with his smart teammates and has a size advantage over most of his positional counterparts.