Lessons learned from Thursday action in the Peach 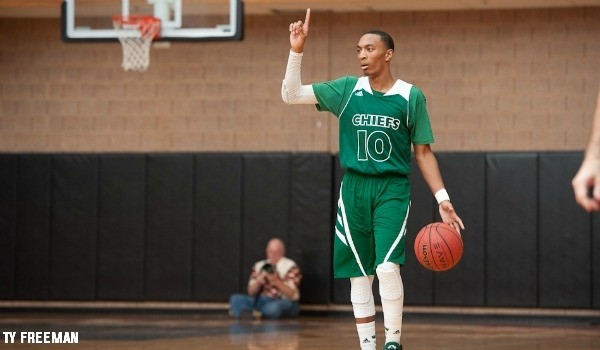 Lessons learned from Thursday action in the Peach

SOUTH SIDE OF ATLANTA, GA -- A dynamic showing by one of Georgia's best point guards, a big man to watch and a 2017 player that is on the rise. We recap a four-game Thursday slate. Here's what Justin Young learned.

Look for McIntosh point guard Will Washington make a major jump in the class of 2016 rankings. The 6-foot-1 left-handed junior floor general has been terrific this undefeated season for his Peachtree City squad. On Thursday night against Forest Park, he pumped in 27 points and dished out a whopping 16 assists in a 96-81 win. Washington was absolutely brilliant. In a class with so many undersized point guards, Washington is a unique player in the backcourt. He's a pass-first guy with the skills to score when needed.

McIntosh is undefeated and well-documented here on HoopSeen.com. The Chiefs have as good of a starting five as any team in the state of Georgia. The biggest unsung hero on the team is Chase Walter. The 6-foot-6, 215-pound slice of granite was terrific in his team's win over McIntosh. With DiShon Lowery handcuffed with fouls, Walter went to work with several power dunks and monster rebounds. The baseball stud could be a difference maker as McIntosh makes a march to Macon.

We will re-shuffle the class of 2016 rankings for the state of Georgia after the Elite Preview on March 14. When the class list is re-worked, Mount Vernon big man James Banks will be a high-climber. The 6-foot-10 center enjoyed a strong junior campaign and played well in defeat against a scrappy Landmark Christian crew on Thursday afternoon. Don't be surprised to see him crack inside the top 10 and we're going to even consider him for the top five overall. A strong showing at the Elite Preview could help cement that thought. He finished with 26 points and 10 rebounds. Assistant coaches from Nebraska and Clemson were on hand to see Banks against Landmark Christian.

We invited Morrow sophomore forward Stanley Henderson to the Elite Preview last week. He confirmed that decision to the affirmative with a 16-point, 16-rebound effort on Thursday night against Stockbridge. Henderson is a bouncy 6-foot-5 low-block guy that has a lot of similarities to Whitefield Academy senior Courtney Alexander.

DeAndre Ballard plays at one of the smallest schools in the state of Georgia but the Southwest Atlanta Christian Academy star is also one of the Peach State's very best prospects. The 6-foot-5 (and getting stronger) guard has a transferrable college offensive game. He could be a national riser this spring and summer with a good travel season. Ballard was the top 2017 performer at the Elite Preview last spring.