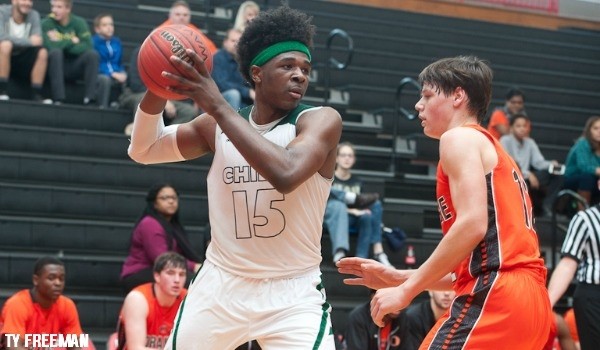 ACWORTH, GA -- The Acworth Smiles bracket of the Lake City Classic was an absolute bull on Monday.

Allatoona continued their success in the second round of the Lake City Classic, this time beating Whitefield Academy 63-60.

This one was about two big time performances for Allatoona.

The first one of those was from junior point guard Ephraim Tshimanga, who was all over the court doing everything for Allatoona. Tshimanga stuffed the stat sheet with 15 points, 9 assists, 7 rebounds, and 6 steals.

The other star performer for the Bucs was senior wing Bradley Brevet. Brevet was the leading scorer for Allatoona with 19 points and also grabbed 9 rebounds.

The win, however, did not come easy. Whitefield had some stellar performances of their own.

Senior forward Courtney Alexander continued his good play in the tournament with a 23-point, 15-rebound effort. Also, guard Norman Harris shot the ball very well down the stretch, finishing with 15 points, 11 of which came in the second half.

Even with those performances, Whitefield could not overcome their turnovers. Allatoona played swarming defense all night, which left a huge impact on the outcome.

It was the battle of the backcourts in the second round of the Lake City Classic between McIntosh and Hillgrove.

Hillgrove got out to a fast start behind strong first half performances from Jourdan Julian and Collin Sexton.

The lead for the Hawks reached double figures early in the second half.

That is when Jordan Lyons decided to give the Chiefs a lift. Lyons connected on two threes and three free throws early in the third quarter to completely change the landscape of the game.

McIntosh took the lead in the fourth, and some good free throw shooting from Lyons and Phillip Venson helped them keep it, as they won 61-58.

Lyons led McIntosh with 25 points, while Lowery added 17 points, 10 rebounds, and 3 blocks. Also of note was Chase Walter, who reached double figures in rebounds and played big for the Chiefs.

In the loss, Jourdan Julian led Hillgrove with 16 points, while Collin Sexton added 10 and Antonio Wade put in 10.

North Cobb got a great effort from its whole team in a big 70-48 win over South Miami.

Despite a complete effort from everyone, the standout was unsigned senior big man Cedric Council who scored 23 points and pulled down 8 rebounds.

Along with Council, the Warriors got great performances from wings Myles Lake and Kenny Ume, who scored 12 points a piece, and a solid game from floor general Ricky Shearman.

Sophomore Ezacurs Dawson was the standout in the loss for the Cobras, scoring 16 points.

It was a tale of two quarters for AC Flora (SC).

In the second and fourth quarters, the Falcons outscored Orange (NC) by 18 points, keying the 67-59 victory for Flora.

Senior guard Rion Davis scored 22 points for AC Flora, including a number of put-backs on the offensive glass.

Junior guard Kendale Hampton also played well for the Falcons, adding 18 points of his own.

The backcourt production was a change from the first game of the Lake City Classic for the Columbia, SC squad where their frontcourt carried much of the load.

Senior post player Garrett Cloer, who is also the quarterback for the Orange football team, led the Panthers with 16 points in the loss.