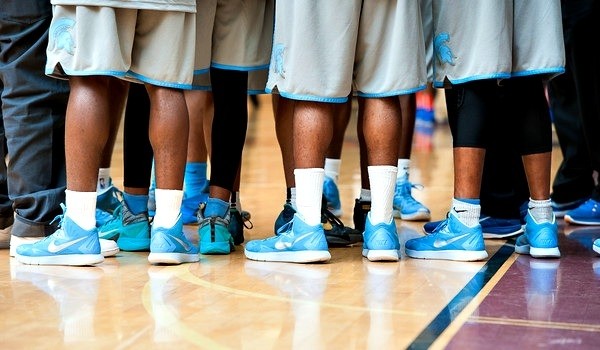 The fifth year of the WellStar Lake City Classic is in the books and the Acworth Smiles bracket was claimed by Peachtree City (GA) McIntosh. Who was the MVP and five-player all-tourney team?

MOST VALUABLE PLAYER
Jordan Lyons, SG, Peachtree City (GA) McIntosh, JR: Lyons was a scoring machine for the Chiefs, putting the ball in the basket in a variety of ways. He scored inside with contact, shot it well from the perimeter, and found his way to line on a number of occasions.

Courtney Alexander, PF, Mableton (GA) Whitefield Academy, SR: Alexander was ruthless in the paint all weekend. Any time he caught the ball within 15 feet of the basket, he found a way to get to the rim and finish. He also had his own personal highlight reel of dunks.

Ephraim Tshimanga, PG, Acworth (GA) Allatoona, JR: Tshimanga was the Swiss Army Knife for Allatoona; he has a lot of tools and used them to do a little bit of everything. He scored, distributed, rebounded, defended, and controlled the point for the Bucs.

Dishon Lowery, PF, Peachtree City (GA) McIntosh, JR: While the guard play for McIntosh was outstanding, Lowery was the anchor in the middle for the Chiefs. He was unstoppable on the block all weekend and responded whenever his team needed a key bucket or rebound.

Cedric Council, PF, Kennesaw (GA) North Cobb, SR: Council found a way to use his length to his advantage and be a difference maker for North Cobb. His patented move this weekend was his little baby hook over his left shoulder, which connected almost every time.

Collin Sexton, SG, Powder Springs (GA) Hillgrove, SOPH: Sexton gave teams fits all weekend with his quickness and ability to take defenders off the dribble and finish. He was a big time scorer for the Hawks, and one of the leading scorers in the tournament.