What to watch at Holiday Hoopsgiving 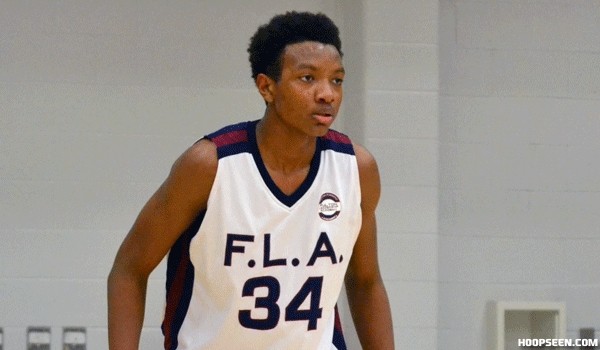 The Holiday Hoopsgiving event is a nice way to follow up a full day of family, friends, turkey and football. Event organizer Chris Williams put together two full days of quality hoops at Holy Innocents' School on Friday and Saturday. Here are the storylines I will be watching.

1. Josh Langford vs. Brandon Robinson. This match-up pairs two of the South's better class of 2016 guards. Lanford of Madison Academy of Alabama and Robinson of Douglas County of metro Atlanta both bring different styles of play to the table. Langford is a man amongst boys at the high school level. He's a great combination of size, strength, speed and skill. Robinson, on the other hand, is skilled but skinny. Both have ACC and SEC offers and I'd imagine we'll have a strong group of college coaches here for this premiere match-up. This will be one of the best guard match-ups we'll see in the Peach State this season.

2. Every year a team from Savannah is a major contender for a state championships. I'm convinced that team is Jenkins this season. Just how good are they though? The Warriors are not afraid of competition and I like that. Coach Bakari Bryant has brought his team to Atlanta every season and will have a good test against a well-coached team in North Cobb Christian. Jenkins has to replace a lot from last year's 28-win team. Believe this - someone from this team will play their way into the state conversation.

3. Where does Wendell Carter stack up in the conversation of Georgia's best overall players regardless of class? The sophomore big man is now at Pace Academy after one year at Fulton Leadership Academy. The state that has long been known for size lacks a true star in the post right now. Carter is, by default, our top post player in Georgia. With past great big men in the Peach, we saw them make their biggest jump during their sophomore season. This even may be the biggest stage he plays on this season. Can he step up and own the spotlight? That will be a fun storyline to watch play out.