Evans to Cowboy up 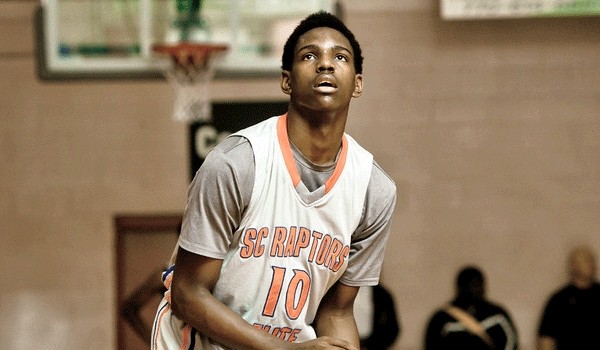 Jawun Evans didn't want any fanfare when he made his college decision. He just picked up the phone, made the appropriate calls and ended his recruitment when he told Oklahoma State head coach Travis Ford that he was ready to play.

That was that. Evans's approach to recruiting is just like his approach to the game of basketball. Make the simple play and move on.

Evans, a five-star point guard from Dallas (TX) Kimball High School by way of Greenville, S.C., is a key commitment for the Cowboys. He picked the Big 12 school over Illinois. Southern Cal and Texas were also in the picture.

"Jawun loved the system. It fits him to a T," SC Raptors Elite coach Lamont Simmons said. "They are going to be able to have a better transition pace with him coming in. Plus, there is an opportunity to have the ball in his hands. (Oklahoma State assistant coach) Butch Pierre has a history of guys that he's helped get in pros. That sealed the deal for him."

"He thoroughly understands that point guards that are under 6-foot tall and under is basically extinct in the NBA. If they are there, it is very rare. So, he understands if you want to make it to the net level you have to be nasty. You have to be quick," Simmons said. "He loved how Travis played in college and what better way to learn than from a guy that played like that, too."