From the clipboard of Coach Neal: Top performers at NPS 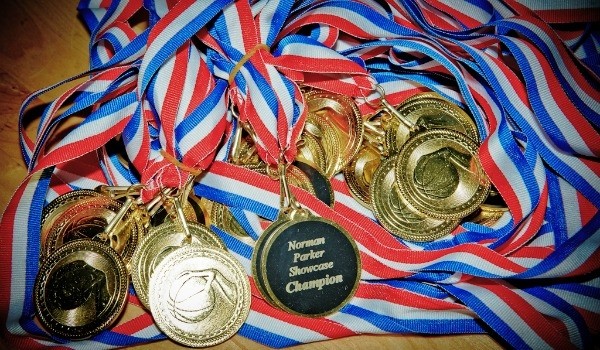 As a college coach, you learn to appreciate 3 things when you go to AAU tournaments:

Over the weekend, I was fortunate enough to experience all three at the Norman Parker Showcase. Kudos to Justin Young and the Suwanee Sports Academy folks for putting on a great tournament with a ton of Division 1 talent of all ages gathered from all over the state of Georgia.

With only one weekend this year for college coaches to evaluate players on the AAU circuit it is important for the players and the teams to be at their best the last weekend in April.   For the majority of the teams playing in the Norman Parker Showcase, this was their first tournament action of the spring giving the players and coaches a chance to tune up their games and their teams for the all-important April live period.

My Top Players at the Norman Parker Showcase:

Brandon Ingram (Stackhouse Elite) – Brandon was by far the most impressive player at the tournament; combining length and athleticism with an elite skill level.   Offensively he scores at all levels:  in the post, driving to the rim, mid-range jumpers, and from 3.   What may get HM coaches most excited is his ability to guard.   He blocked shots in the paint while showing the athleticism to guard 1 thru 3 on the perimeter.   With a great feel for the game, there is no doubt there will be a recruiting war on Tobacco Road for this young man’s service.   He is easily a Top 50 player in the country and will more than likely be in everyone’s Top 25 by the end of July if he continues to play like he did this weekend.

Doral Moore (Atlanta Xpress) – One thought comes to mind when Doral steps on the court:  Future Pro.   It won’t be tomorrow but give the young man a couple of years under a successful college coach’s tutoring and he should hear his name called on draft night.   He has a combination of length and athleticism that is hard to find.   He is still learning to find his offensive rhythm but impacts the game rebounding, blocking shots, and being a presence in the paint.   I would expect him to be on every Elite HM program’s priority board by the end of April.

Malik Beasley (Georgia Stars) – As a college recruiter what is not to like about this kid?   Not only does the young man fill it up on the court but he is a good student at a high level private school.   He’s proven he can win games (his High School won the State Championship this past season).   And to top it all off, he’s known as a high character kid that any college coach would enjoy coaching.   I would expect all the HM academic schools (Georgia Tech, Vandy, Stanford, Cal, etc…) to be on him by the end of the April period.   He lists Cincinnati, Vandy, Kansas State, VCU, Tennessee, UAB, and Alabama as his top schools. 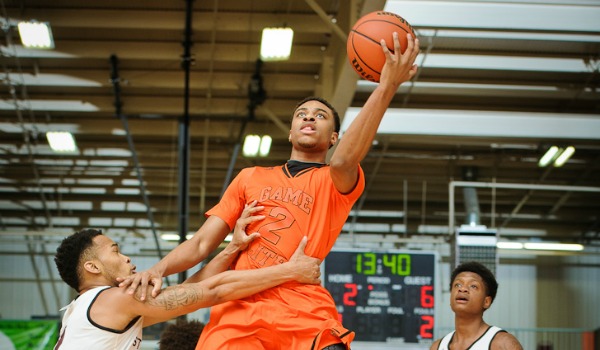 Damon Wilson (Game Elite) – The Pitt commit did not disappoint this tournament and will make Jamie Dixon and his staff look very smart for locking him up early once everyone gets to see this him play in April and July.   The question bouncing around the sideline was if he’s a Point or a Wing.   You can debate that all day but there is no arguing the young man produces on the court.   Play him at the Point or play him on the wing, just make sure you play him.   He has size, handles, and scoring ability to find his way onto the court early and often in his college career which should lead to headaches for opposing ACC coaches.

Noah Dickerson (Georgia Stars) – Noah has changed his body in the last year, slimming down and making him more explosive around the rim.   The young man is not afraid of contact in the paint and he is one of the few post players out there that consistently scores or gets fouled when he catches the ball in the paint.   He may not put up gaudy numbers but he is going to consistently get you 10/6 every time he steps on the court.   Noah has handled his business on the court and in the classroom which means multiple schools will make him a priority in recruiting.   He lists Georgetown, Ohio State, Duke, UVA, Alabama, Georgia Tech, and Xavier as his top schools.

Danjel Purifoy (ATL Xpress) – Danjel may be the most intriguing prospect in the 2015 class.   He brings a unique skill set to the table when he steps on the court.   Danjel has the body and athleticism of a HM Power Forward but handles the ball like a point guard.   Point-Forward is probably the best way to describe his game.   If your Point Guard is having trouble breaking the press, just get the ball to Danjel and he’ll take care of it.   The most refreshing aspect of his game is that he consistently makes his teammates better.    He is going to make the right pass and the right play the majority of the time and has brought back the lost art of feeding the post.   Expect the elite HM programs to be all over him this spring and summer.

Marcus Sheffield (Game Elite) – speaking of high level academics and the ability to hoop, let me introduce you to Marcus Sheffield.   The young man produces in the classroom and on the court.   The combination of length, athleticism, and skill will make HM programs fight for his services.   Did I forget to mention that he comes from parents that know hoops?   Any time a college coach can recruit a coach’s son to their program, it usually means the basketball IQ of the team goes up.   I would expect to see all the ACC and SEC teams recruiting this young man by the end of the April period.

Malik Carter (Stackhouse Elite) – If Malik continues to play the way he did at the Norman Parker Showcase he will have every school from the A-10 to the ACC calling him.   He’s a physical post player with a strong upper body.   Look for him to be someone that a lot of programs make a point to put their eyes on this spring and summer.   Player’s with size are in limited supply, it would not surprise me to see this young man garner HM offers by the end of July.