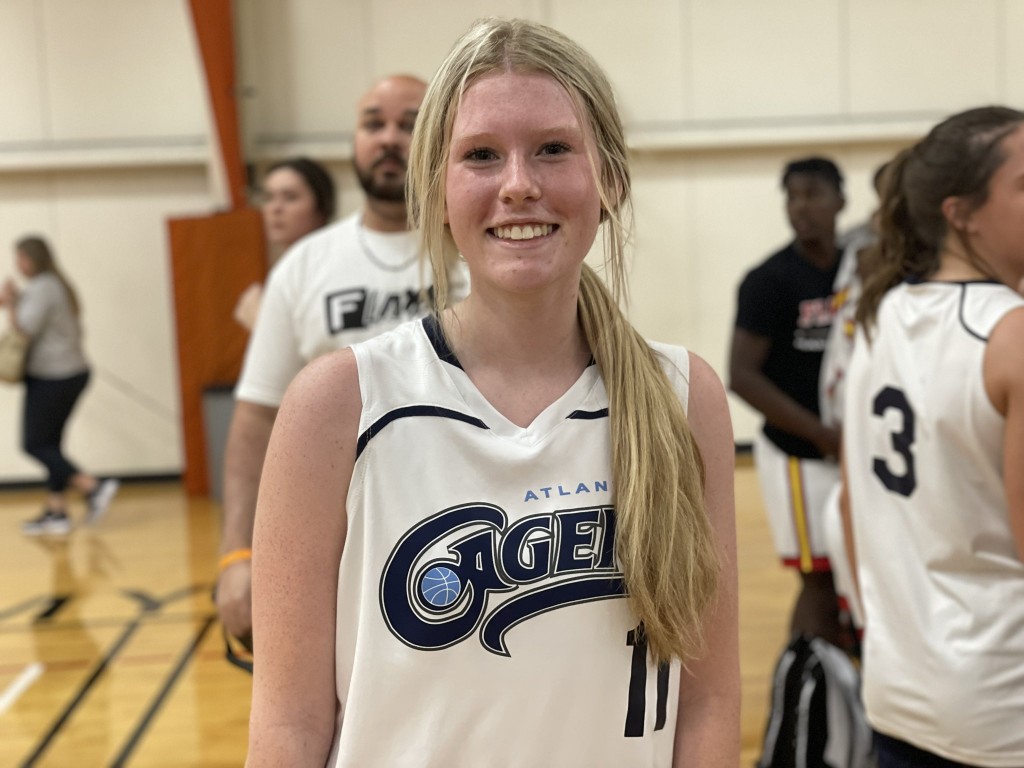 Georgia Cup III was a fun weekend filled with some good basketball. I love getting the chance to have girls teams in the building. 11 champions were crowned, and I got to see some players that I have not seen before. Check out my top overall performers from the event.

Kamyra Aikens, The Basketball Academy - Aikens was one of the best scoring guards I saw on the weekend. She just has a knack for finding her way into the lane for high percentage shots. She has a solid handle with the ability to create space to get off any shot she wants. The backcourt of her and Kiwi Lane were the best I saw all weekend.

Berkley Bennett, Horton Academy - I liked what I saw from Bennett in the three games I got to watch her. She led her team in rebounding and was likely a leading player in that category for the entire event. Her aggressive rebounding on the offensive glass led to a lot of easy put backs for her, and second chance points for her team. Offensively, she has good hands and a soft touch around the basket which allowed her to be effective in the low post.

Caroline Castleberry, Atlanta Cagers - Castleberry was a huge factor for the Atlanta Cagers throughout the weekend as they went undefeated and ultimately won the varsity bracket championship. This kid just plays hard, it is as simple as that. She does not take plays off and does all the little things to help her team. Castleberry took high-percentage shots, rebounded well, and showed her ability to get her teammates involved.

Calyn Hyams, Atlanta Cagers - Hyams is another talented player on the Atlanta Cagers balanced roster. I like that she did not need the ball a lot to make her impact on the game. She moves well without the ball, often getting open shots off a cut. When she does have the ball, she makes good decisions and takes good shots.

Kiwi Lane, The Basketball Academy - Lane was easily one of the top overall players I was able to watch. She is a dynamic scorer that can score the ball in bunches. Lane gets to her spots with minimal dribbling and takes advantage of what the defense gives her. She does not try to do too much or take bad shots; she keeps things simple and plays to her strengths. Along with her backcourt mate Kamyra Aikens, they were a tough duo to deal with.

Anna Rodriguez, Horton Academy - Rodriguez is a tough guard that does not shy away from physicality. She does a good job of taking care of the ball, making reads, and taking good shots. In her best game of the weekend, I watched her go for 25 points where she shot the ball at an efficient clip.

Chloe Quinn, Swish Atlanta - Quinn is a smaller guard, but man is she tough. She is not afraid to go at bigger defenders, nor is she shy in letting it fly from three. She may have been the top 3-point shooter that I saw in the girls field last weekend. Quinn has a fluid, consistent jump shot, and she does not take long at all to get it off.