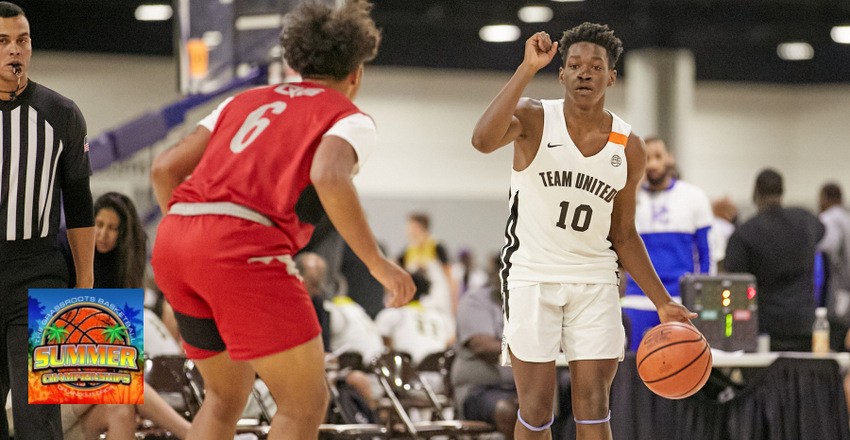 ORLANDO, FL - Every year during July prospects are given the platform to start their story on the HoopSeen stage. At our Grassroots Summer Championships, these three guys made an impression on our staff and have seen their hard work on the floor pay off. 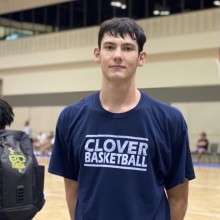 Lawrence Bartee, Next Level SC, 2022 - The 6-foot-10 big man out of Clover (SC) High School played most of his games in front of college coaches. High Point and UMKC were around when he was on the floor. He showed some good footwork and some nice back-to-the basket moves along with a soft touch around the rim. Equally impressive was his ability to score over either shoulder.  On a couple of occasions, Bartee was hit with some hard fouls by the opposition and I like how he handled the situations, he gathered himself and took care of business with his play. In our first viewing of Bartee, he looks like a guy that could come in and get some minutes in the Big South or Southern Conference early. - Justin Byerly 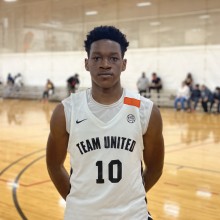 Maxwell Coles, Team United, 2022 - Coles has been on our radar for quite some time from his play with perrieniel North Carolina public school power North Mecklenburg to his time with Team United. He does a little bit of everything out on the floor. He can make the shots that not a lot of guys want to take and he can distribute, handle and finish when he needs to. He was a big part of the success for Team United over the weekend reaching the finals of the TGBA Summer Championship and I think he can play collegiately at the Division I level. He doesn’t turn the ball over and makes plays, something that will always translate to the next level. - Justin Byerly 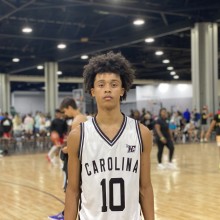 Brandon Callahan, All-Carolina, 2024 - Callahan has the tools to be a top-10 type kid in the 2024 class for North Carolina. The rising sophomore out of Garner HS just outside of Raleigh, North Carolina was one of the best scorers that we saw in the 15U division of The Grassroots Summer Championship. He has length and has size at 6-foot-4. He consistently knocked down a lot of shots from beyond the three-point line and handles the ball well at a young age. At this stage it looks like he could be tracking as a mid-major level guard. - Justin Byerly