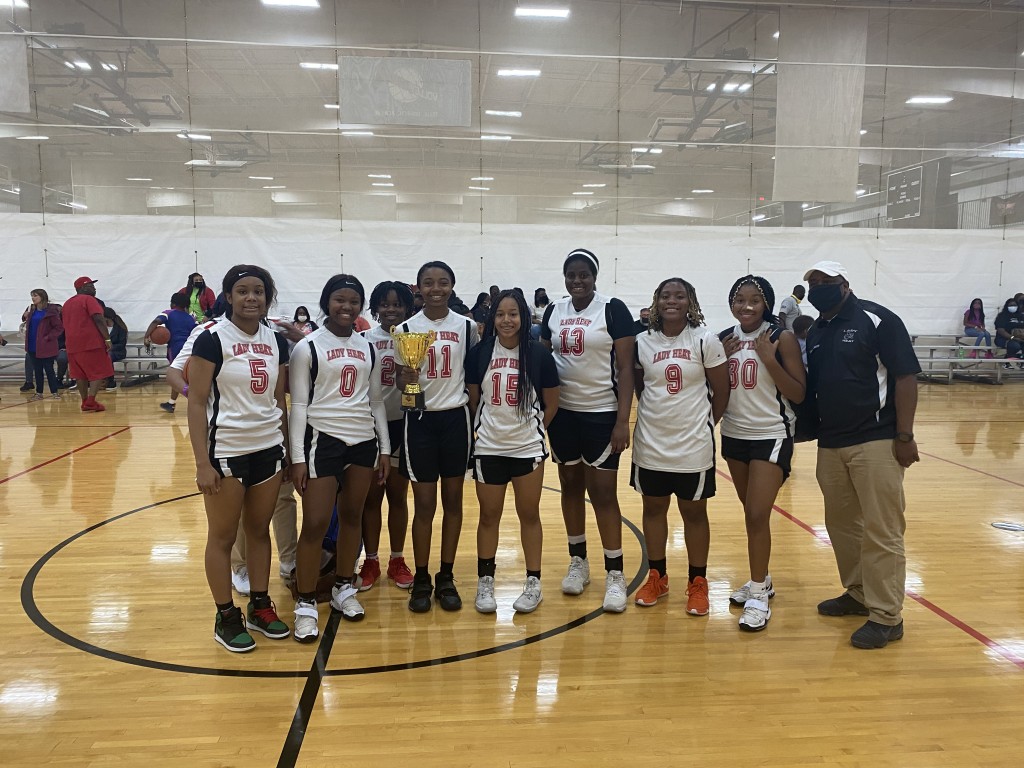 PUSH dominated the tournament all weekend, blowing out every team they faced by over 20 points. Elite was the first time to give them a good fight, but at the end it was PUSH’s defense that ran the game.

PUSH was paced by star shooter, Gabrieal Minus. She led her team in points all weekend, scoring in the double digits. Against Elite she pulled in an eye-opening 20points for her squad.

Courtney Bray and Kennedy Bradshaw were also standout stars on the three-point line with six points each.

Middle Georgia PUSH beat Macon Mystics 42-18 to win the 14 & 15 and under division of the 2021 Georgia Cup Summer League on Sunday at Suwanee Sports Academy.

PUSH was paced by Kassidy Neal, who scored a game-high 1 points in the title game.

Going into the half the score was 21-4. The Mystics fought hard to get in the double digits, but it was PUSH who dominated both sides of the court.

Because of the early lead PUSH was able to spread the love. Nevaeh Mack (7), Mykiah Williams, and Leana Minus (6) were all key factors to this win.

Warner Robins AllStars defeated BosticNextLevel 56-46 to win the 17 and under division of the 2021 Georgia Cup Summer League on Sunday at Suwanee Sports Academy.

Jordyn Johnson paced the AllStars as she scored 13 points in the title game. Johnson’s 10-point first half performance gave the team the boost it needed to cruise to a win.